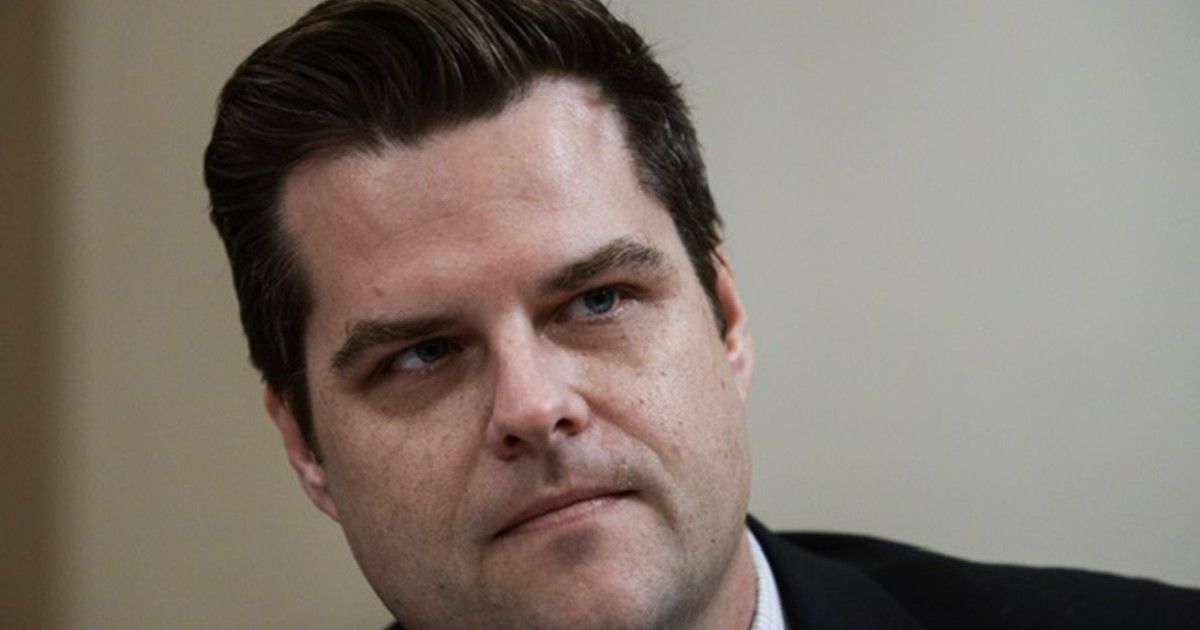 Gaetz lambasted House and Senate GOP leaders in a segment entitled “the Future of the GOP,” on the pro-Donald Trump program “Lou Dobbs Tonight.”

Gaetz, who seems to be at least exploring a run for Agriculture Commissioner, doesn’t seem to be afraid to make a direct assault against the party establishment ahead of that potential run.

Attacking Cheney, the number three Republican in the House who nonetheless voted to impeach the President, Gaetz said the Wyoming Congresswoman lacked a mandate and called for her removal, but he questioned whether she even cared that she had lost the rank and file.

“If more than half of our conference expresses their desire to remove her,” Gaetz mused, “will she still fight and stay?”

“The base of the Republican Party is strong,” Gaetz added, “but at the top of the party, our leadership frankly is in shambles. You’ve got McConnell wavering on impeachment, you’ve got Liz Cheney spitting into the eyes of tens of millions of Americans by embracing the language and the arguments of the radical left instead of the America First movement.”

Gaetz, who made the decision to forsake money from political action committees early in 2020, went on to lambaste “other leaders in our party, totally shaken by the corporate PACs withholding their money from Republicans.”

“You have to see how significant it is when a leader is picked not because they’re the smartest, the most charismatic, or even because they’re the most effective communicator, but because they have the ability to raise tens of millions of dollars of corporate PAC money. But when that money goes away,” Gaetz added, “it becomes apparent that the emperor has no clothes.”

Republican leadership goes against the base, Gaetz said, because winning elections is “less important than being able to raise and direct corporate money.”

“There are too many people in Republican leadership who will do anything, sell out anyone, even President Trump,” said Gaetz, to “get in the good graces of corporate America and the woke left.”