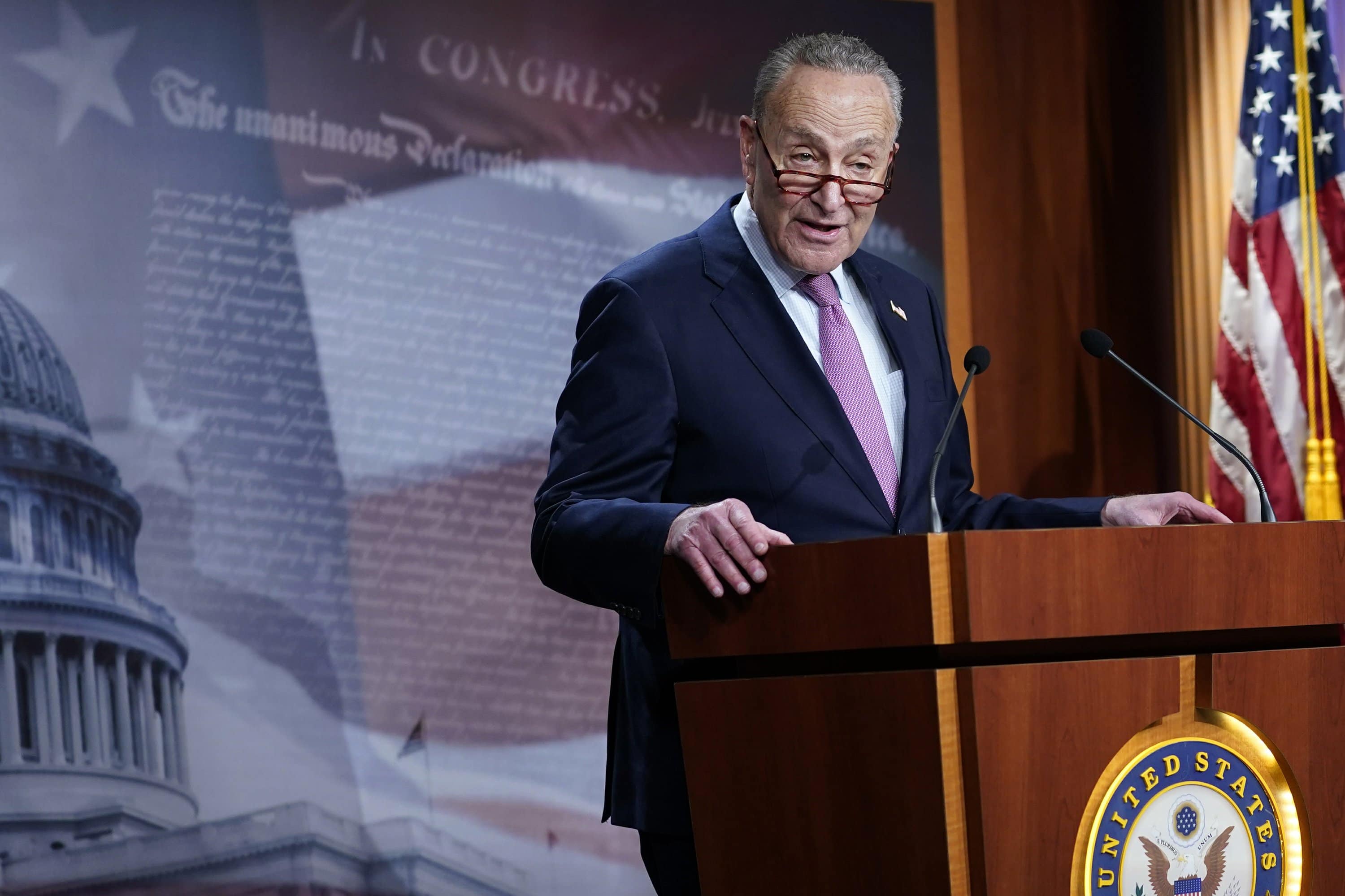 House Speaker Nancy Pelosi plans to send the article of impeachment against Donald Trump to the Senate on Monday, launching the start of the former president’s trial on a charge of incitement of insurrection over the deadly Capitol riot.

Trump is the first president to be twice impeached and the first to face a trial after leaving office.

While the transmission of the article launches the trial, the schedule ahead remains uncertain.

On Thursday, Senate Republican leader Mitch McConnell proposed pushing back the start Trump’s impeachment trial to February to give the former president time to prepare and review his case.

House Democrats who voted to impeach Trump last week for inciting the deadly Jan. 6 Capitol riot say a full reckoning is necessary before the country — and the Congress — can move on.

But McConnell in a statement Thursday evening suggested a more expansive timeline that would see the House transmit the article of impeachment next week, on Jan. 28, launching the trial’s first phase. After that, the Senate would give the president’s defense team and House prosecutors two weeks to file briefs. Arguments in the trial would likely begin in mid-February.

“Senate Republicans are strongly united behind the principle that the institution of the Senate, the office of the presidency, and former President Trump himself all deserve a full and fair process that respects his rights and the serious factual, legal, and constitutional questions at stake,” especially given the unprecedented speed of the House process, McConnell said.

Schumer is reviewing the plan and will discuss it with McConnell, a spokesperson said. The two leaders are also negotiating how the new 50-50 Senate will work and how they will balance other priorities.

A trial delay could appeal to some Democrats, as it would give the Senate more time to confirm President Joe Biden’s Cabinet nominees and debate a new round of coronavirus relief. Democratic Sen. Chris Coons of Delaware, a key ally of the president’s, told CNN that Democrats would consider a delay “if we are making progress on confirming the very talented, seasoned and diverse team that Biden has nominated.

Pelosi said Trump doesn’t deserve a “get-out-of-jail card” just because he has left office and Biden and others are calling for national unity.

Facing his second impeachment trial in two years, Trump began to assemble his defense team by hiring attorney Butch Bowers to represent him, according to an adviser. Bowers previously served as counsel to former South Carolina Govs. Nikki Haley and Mark Sanford.