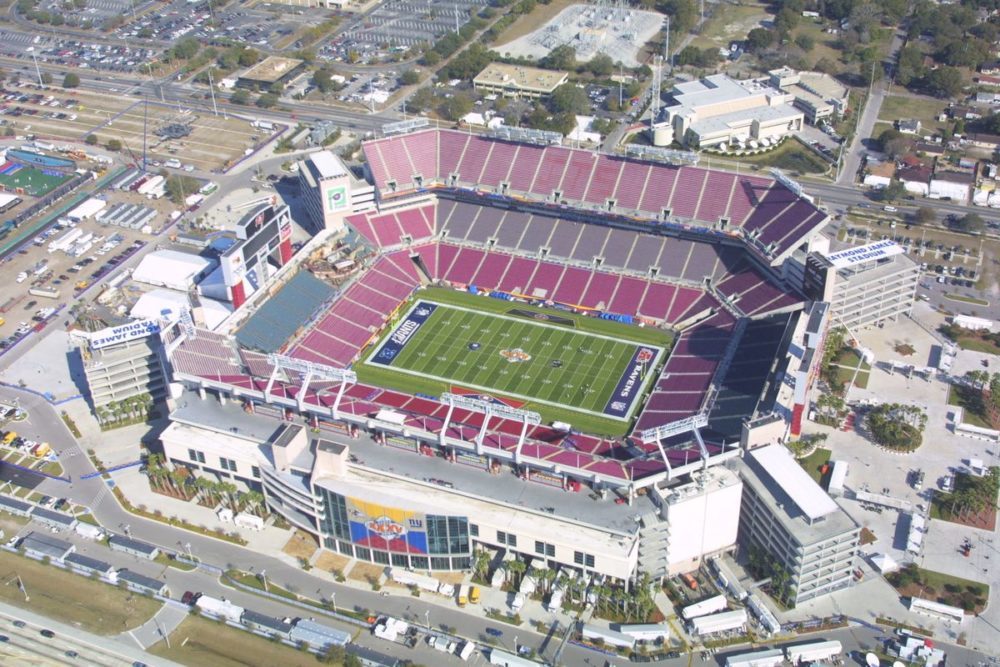 Without him, the Buccaneers wouldn't be here, and neither would the Super Bowl.

Before there was around-the-clock cable news to suit an individual’s viewpoint or social media platforms that can spread, well, anything, newspapers had enormous power.

In Tampa, that power concentrated at 202 South Parker Street along the west bank of the Hillsborough River. And in that building, no one held more sway than Sports Editor Tom McEwen. The Morning After, his 6-day-a-week column, was a must-read for everyone from the power brokers to regular folks.

He filled that space with news, names, scoops, notes, humor, and football. Lots of football.

You messed with McEwen at your personal peril. As a member of the Trib sports department, hired by Tom, I had a front-row seat to see him in action. His support could spell the difference between success and failure for a project. He was recognized in every room or, as former Tribune sportswriter Joey Johnston learned, on any roof.

Cut to the 25th anniversary Super Bowl at old Tampa Stadium (a project Tom boosted to completion, by the way). It was almost time for Whitney Houston to deliver one of the most impactful renderings of the Star-Spangled Banner in history.

As Joey sat in the press box, Tom nudged him and said, “Let’s go up on the roof to get a better view.”

Um, bad idea. Shortly before the game, Operation Desert Storm got underway in Kuwait and security back home was incredibly tight. Snipers stood guard on the roof of Tampa Stadium in case of attack. You didn’t dare try to go into a restricted area like the roof unless, well, you are Tom McEwen.

“I thought this was crazy,” Joey said. “I told Tom we’d never get up there. He just laughed, so I went climbing up the ladder to the roof first. I opened the hatch there, and …”

A SWAT team member with a military-style weapon glared at Joey and demanded to know what was going on. But then, the officer saw the other guy on the ladder.

Tampa will host its fifth Super Bowl on February 7, but things have to happen in order. Before you get a Super Bowl, a city needs an NFL franchise. That happened in part to Tom’s relentless support and, yes, lobbying. He was an unabashed activist for civic causes and, well, yeah, he broke a few journalism rules — OK, a lot — along the way.

Tom wasn’t unbiased when it came to Tampa. He was a vocal cheerleader who didn’t care what editors at the snootier-than-thou St. Petersburg Times thought. He also could laugh at his own writing, which sometimes fractured syntax.

None of that mattered. The man knew how to communicate. He also was a 19-time sportswriter of the year and won the Red Smith Award — the sports equivalent of a Pulitzer.

“It’s so difficult these days to realize how important the sports editors of these newspapers were to these things like the Super Bowl,” former NFL executive Jim Steeg said. “Tom was connected to everything and anything in Florida. No matter what the problems were, he was so connected to everyone in town. And he worked to make things happen.”

It was a different era, when sports editors like McEwen, Edwin Pope of the Miami Herald, and Hubert Mizell of the then-St. Petersburg Times commanded the stage. The morning couldn’t really begin until readers saw what these men had to say.

He seemed to know everybody and, more important, how to reach them. His waterfront home on Tampa’s Davis Islands often was the room where it happened. Tom even hosted the NFL Rules Committee there for dinner.

Civic leader Leonard Levy rightly receives much credit for helping convince the NFL to bring the Super Bowl to Tampa, but it wouldn’t have happened without McEwen’s support.

“He pretty much had his hands in everything about planning the Super Bowl games,” former Tampa Sports Authority Executive Director Rick Nafe said.

“I know in my position with the sports authority, especially in my five years as executive director, if I had a plan there were certain steps I had to take. The first person I took it to was McEwen, because if you had his support you were halfway there.”

“Then you wanted to take it to Leonard or George Levy, because they would tell you what’s wrong with it,” Nafe said with a laugh.

I mentioned that he was not to be trifled with. Rommie Loudd learned that when he approached Tom about bringing a team in the fledgling World Football League to Tampa in the mid-1970s. If he had, it could have scuttled hopes for an NFL team, so Tom said no.

Tom responded that, yes, that might be true. But the Tribune would not support that team. It wouldn’t travel, write news and features, or anything else. Since the Tribune — and especially Tom — held the loudest megaphone in the city, Loudd backed off and went to Orlando. The league went under shortly after that.

Tom was 88 when he died in 2011. Levy spoke at his funeral, as did Steve Spurrier. Among many tributes, the Glazer family, which owns the Buccaneers, had the perfect statement.

“Had Tom decided to dedicate his trademark smarts, gusto, and energy to something else, there would be no Buccaneers,” they said. “If Tampa Bay had its own Mount Rushmore, Tom McEwen would be etched on it.”

The NFL weighed in as well with a statement from NFL senior vice president Greg Aiello that read: “Tom McEwen will always remain a legend, not only in Tampa but throughout sports.”

Raymond James Stadium, where the Bucs will play Kansas City in this year’s Super Bowl, sits by Tom McEwen Boulevard. Writers will work out of the Tom McEwen Press Box. He won’t be there in person, but Tom will always be a presence.

So, when you’re getting ready to watch the Super Bowl and the Buccaneers in that magnificent stadium, tip a glass to the man on the roof who helped make it happen.

Hey, Tom! Great to see you.