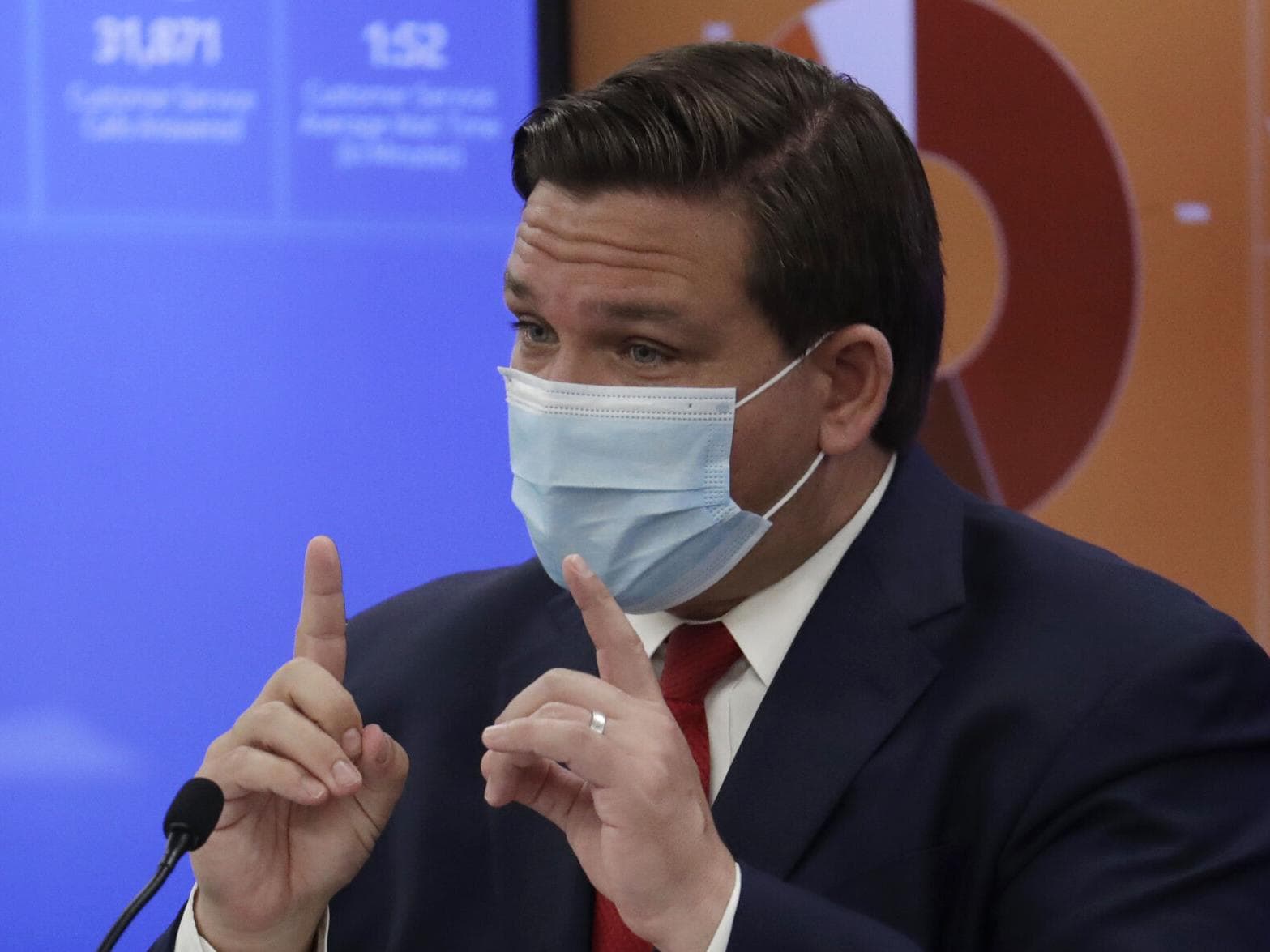 The Governor has battled the White House for more shots while fielding blame about his own distribution plan.

That has led to repeated finger-pointing between the state and federal government as many seniors have struggled to secure a reliable vaccine appointment. On Thursday, three members of the Democratic delegation placed primary blame on the Republican administration.

“It’s not like we didn’t know that we had to prepare to vaccinate everyone in our state. But his initial launch has been marked by widespread chaos, confusion and frustration.”

Florida has hit several bumps in the road during the vaccine rollout. The state has had some messaging snags as well, such as DeSantis prematurely marking Florida’s 1 millionth vaccination.

DeSantis has pushed the feds to increase the shipment of shots to the state to help secure more appointments for seniors and frontline health care workers.

“The White House says Florida has all these doses,” DeSantis said, referring to Florida’s stockpile. “These are second doses! We should give away people’s second doses? I think seniors in Florida who have gotten their first shot want to complete the regimen.”

“We knew that shortages could be the case, given the national and global demand for vaccines. But our older residents and frontline workers need some idea as to when, where and how they can get a shot. And it needs to be seamless for their second dose.”

Indeed, many of those follow-up appointments have been delayed in Florida. Delegation members say the state’s decision to stop reporting data on who’s overdue on those shots only added to the confusion.

“The Governor may have been well-intentioned when he made seniors over 65 our priority, but he did it without a realistic plan and one that is ethically challenged,” argued Rep. Lois Frankel of Florida’s 21st Congressional District.

Added Wasserman Schultz, “DeSantis is creating, basically, a vaccine dartboard that is hit-or-miss for people desperately searching for a vaccine appointment.”

Rep. Ted Deutch, who serves Florida’s 22nd Congressional District, took a more measured tone in his criticism, but still argued the state needed to do better.

“This isn’t (the) time to beat up the Governor. We want to fix this,” Deutch said.

“We need a system that makes it easier on the people in Florida to simply raise their hand and say, ‘I am ready to get my vaccine,’ and for them to know where to stand in the line, when they’ll get an appointment and where they can go to get it.”

Specifically, he called for the Governor’s administration to hold more regular briefings with other elected officials, and to release a comprehensive vaccine plan to the public.

“There continues to be so much confusion,” Deutch added. “We need more information. We need clarity. We need transparency.”

The members also joined criticism of the Governor for turning much of the shots in Palm Beach County over to Publix. The lawmakers welcomed a partnership with Publix, but argued local officials should be more involved in the vaccine allocation.

“And as anyone in Florida knows, Publix generally serves more affluent, whiter communities. So this particular strategy will likely only make things worse in minority communities or communities of color. That’s the last thing we want when it’s these very communities that have been hit the hardest by this deadly virus.”

Wasserman Schultz also argued that any confusion about securing appointments could leave seniors vulnerable to scams.

“Make no mistake, when confusion surrounds this vaccine rollout, scam artists — who are already in the process of preying on our seniors — will end up having desperate elderly victims,” Wasserman Schultz argued.

“DeSantis is basically rolling out the red carpet for them.”