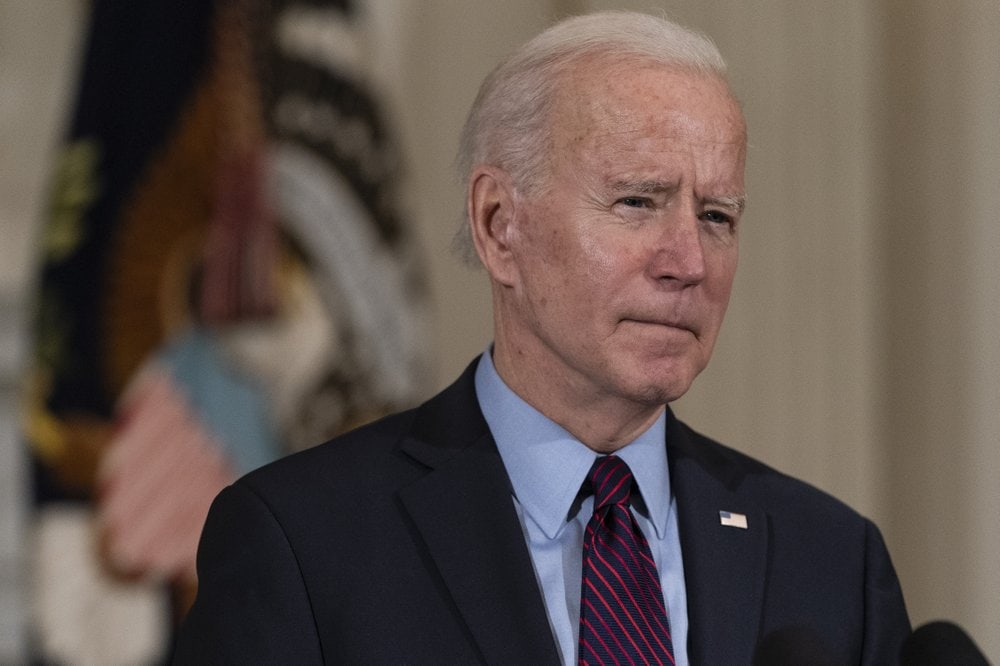 So far, the administration has proceeded on two parallel tracks.

President Joe Biden’s push for a $1.9 trillion COVID-19 relief bill is forcing an internal reckoning that pits his instincts to work toward a bipartisan deal against the demands of an urgent crisis and his desire to deliver for those who helped elect him.

His bipartisan bona fides have been a defining feature of his political career, first as a Senate deal-maker, later as he led legislative negotiations for the Obama administration when vice president and finally during his successful 2020 campaign.

But the scope of the multiple crises confronting the nation now, along with the lessons Democrats learned from four years of Republican obstructionism during Barack Obama presidency, seem to be pushing Biden toward quick action on the coronavirus aid bill, even if Republicans get left behind.

“I have told both Republicans and Democrats that’s my preference: to work together. But if I have to choose between getting help right now to Americans who are hurting so badly and getting bogged down in a lengthy negotiation or compromising on a bill that’s up to the crisis, that’s an easy choice,” Biden said Friday. “I’m going to help the American people who are hurting now.”

One featured a public show of trying to reach across the political aisle, with bipartisan rhetoric and a White House invitation for Republican senators. Their housewarming gift was a proposal more than $1 trillion short of what Biden wanted.

At the same time, Biden has insisted on the need for a sizable package to address the deadly pandemic. The administration has encouraged Democratic senators to be prepared to go it alone, to ready a plan that combines money to address the virus and vaccines with money to fulfill a progressive agenda that includes a higher federal minimum wage.

Not out of the realm of possibility is a third option — having even one or two Republicans sign on to the bigger bill, giving it a veneer of bipartisanship. But it’s more likely that the White House will need to choose between the two extremes.

That could send a clear signal about Biden’s governing priorities and potentially set a template for how he will navigate a deeply polarized Washington going forward.

“President Biden’s got some pretty big tests in front of him when it comes to domestic policy. He is someone who prides himself on his deal-making skills and yet he may have to take a page out of the LBJ-style playbook and jam some things through both the House and the Senate to get anything done,” said Jim Manley, a longtime aide to former Senate Majority Leader Harry Reid.

For Biden, working with Republicans is as much a point of personal pride as it is good politics.

He is known for his love of schmoozing and personal outreach to lawmakers after 36 years in the Senate and eight more working with Capitol Hill as vice president. He frequently spoke about bipartisanship during the campaign, and that political brand helped him win 62% of moderates and 8% of Republican voters in November, according to data from AP VoteCast, a survey of more than 110,000 voters nationwide.

If Biden loses that moderate profile — and the goodwill from Republicans who’ve known him in the past as an honest deal-maker — there’s a risk, Manley said, that “it’s going to poison the well for the future.”

GOP Sen. Rob Portman of Ohio, one of the lawmakers invited to meet with Biden at the White House, warned as much during a floor speech this past week.

“If we can’t come together as Republicans and Democrats, as we have proven we can, time and time again over the last year, what can we come together on?” Portman asked. “Wouldn’t it make it harder for us then to find that common ground on things like infrastructure investments, on things like retirement security?”

But Democrats say they have learned some key lessons from Obama’s first term about bipartisanship in the face of crisis.

Biden was tasked with steering the White House’s overtures to Congress in dealing with the financial meltdown. For months, Biden focused his efforts on his former GOP colleagues, in the end to get the backing of just three Republicans.

The process of securing the $787 billion package — aid broadly credited for helping boost an economy in free fall — left a bad taste for the Obama-Biden White House. The package drew withering criticism from most on the right for being too big. Many in the Democratic Party have come to believe it was too small, a missed opportunity to not just help the economy but reinvent it.

“The lesson from the Great Recession is that without sustained economic relief, the recovery will take longer, unemployed workers will experience more pain, and already historic levels of inequality will worsen,” said Chris Lu, a deputy labor secretary under Obama.

Democrats also say they will not be burned again by expectations for bipartisanship that proved to be naive during the Obama years.

Austan Goolsbee, a former chair of the Council of Economic Advisers, said one of the other lessons of those negotiations was that “Republicans are going to argue against Joe Biden if he does anything at all.”

“Everyone believed at that time that if the economy struggled, we could come back” and pass additional aid, Goolsbee said. But Republicans were staunchly opposed to Obama’s agenda throughout his eight years in office. The prospect that they will again refuse to work with Biden should make him go big while he still can, in Goolsbee’s view.

“If there is a hyper-partisan gridlock environment in Washington, that ought to make you doubly careful about trimming your own wings out of the gate,” he said.

Facing economic storm clouds, Biden has told aides he will not settle for a too-small bill in the name of token bipartisanship.

He has made clear he values bipartisan support, has courted Republicans and has signaled a willingness to trim the overall price tag somewhat. He would prefer a traditional deal that crosses the aisle.

But he insists he will not budge on delivering $1,400 stimulus checks to individuals, believing that reducing the amount would be a broken promise and could undermine his credibility with the public early in his term.

Moreover, Democrats have pointed to the stimulus checks as a winning issue in the pair of Georgia runoff races in January that gave their party control of the Senate. And many progressives, already wary of Biden’s moderate instincts, have made clear they do not want the president to compromise on liberal promises to woo Republicans likely to consistently oppose him.

Moderate Democrats in the Senate have also shown broad support for the bill and this past week all voted in favor of using a legislative maneuver that would allow the bill to pass with only Democratic votes. It was an implicit endorsement of a go-big strategy that could give Biden cover in pursuing a bill without Republican votes.

Sen. Angus King, a Maine independent who caucuses with Democrats, said that while “I generally tend to be concerned about budgets and budget deficits,” the spending in the COVID-19 relief package “is justified and important.”

He added that without a good-faith effort from Republicans on the bill, negotiation isn’t worth it.

“I just don’t think what they proposed was real, realistic or what was necessary to meet the situation that we’re in,” he said of the GOP counteroffer. “You know, you can’t clap with one hand. Bipartisanship requires serious discussion and an attempt to meet in the middle and so far I haven’t seen that.”

nextAs Donald Trump prosecutor, delegate gets her say on impeachment