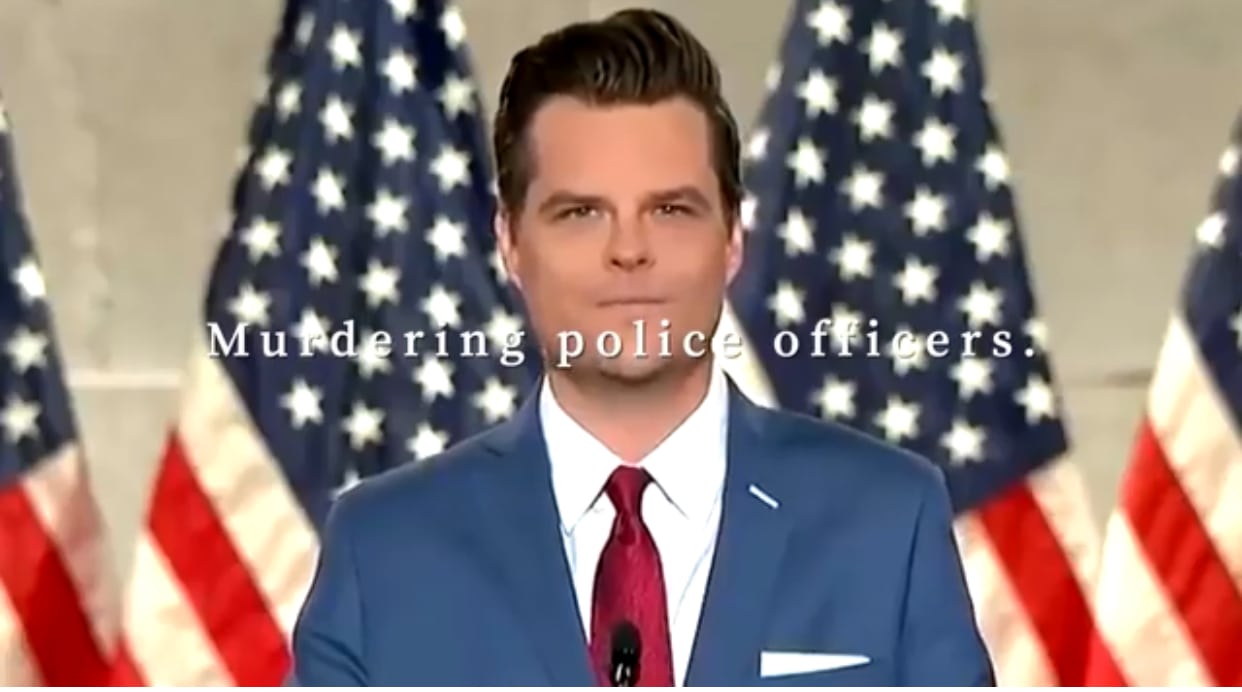 With the impeachment trial of President Donald Trump set to start Tuesday in the Senate, the Never Trumpers at the Lincoln Project have a question for corporate America.

What is your company’s brand? And does that brand include support of the Capitol insurrection of Jan. 6?

As Trump’s trial begins, a new 60-second spot from the Lincoln Project titled “Branded” focuses on prominent Republican politicians who the group frames as having supported the President as he urged his supporters to go to the Capitol and “fight like hell” against the certification of the presidential election.

The spot, first reported by POLITICO, will air on CNBC, Bloomberg, and Fox Business, with a six-figure buy to be distributed among those outlets.

Pictures of Sen. Rick Scott and Rep. Matt Gaetz were included in the creative, which offered a slide show juxtaposition of Trump-enabling Republicans with images of the unprecedented breach of the Capitol.

Gaetz was pictured at the 48-second mark of the clip. His picture is captioned with the phrase “Murdering police officers.”

This is not the first such treatment of Gaetz, who also was targeted with a “This is your coup” ad last month.

A snapshot of Scott likewise made the cut, a brief inset in between shots of violence, before a closing salvo of text.

“This is their brand. Is it yours?”

As Gaetz did, Scott also got the “This is your coup” ad treatment from the Lincoln Project last month.

That spot began with Scott appealing to donors in his efforts to raise a “gazillion dollars” in his new role as chairman of the National Republican Senatorial Committee. It ended with that folksy appeal juxtaposed against unprecedented and previously unimaginable chaos at the Capitol.

Scott has contended that his vote to decertify election results from Pennsylvania has not affected donations for the Senate campaign arm, and he continues to maintain that Republicans will reclaim the Senate majority in the 2022 midterms.