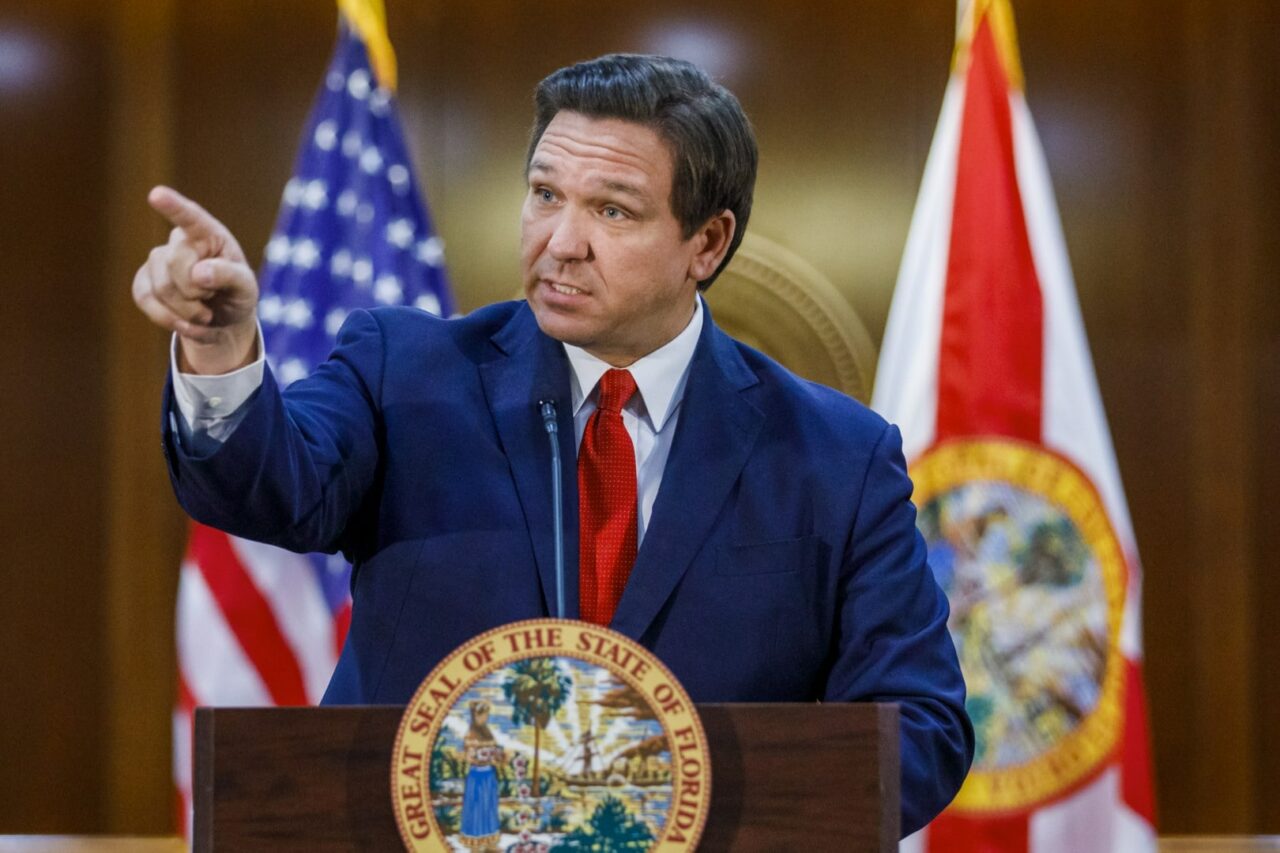 Immediately after the Tampa Bay Buccaneers won the Super Bowl, videos began pouring in on social media of maskless fans celebrating their team’s blowout victory against the Kansas City Chiefs.

The sea of bandwagoners and devotees alike in the era of COVID-19 concerned some. But not Gov. Ron DeSantis.

When asked Wednesday about the celebrations, DeSantis offered no warning against large crowds.

“I’m a Bucs fan. I’m damn proud of what they did on Sunday night,” he told reporters.

The Governor was asked about people’s concerns with the new virus variant first discovered in the United Kingdom, a possible outbreak in Tampa after the celebrations, and whether the state is doing enough to stop the spread.

“The media’s worried about that, obviously. You guys really love that,” DeSantis replied. “You don’t care as much if it’s a, quote, ‘peaceful protest.’ Then it’s fine.”

That line drew jeers and applause from the gathered crowd in the Venice Community Center parking lot.

“You don’t care as much if they’re celebrating a Biden election,” the Republican Governor added. “You only care about it if it’s people that you don’t like.”

A picture of DeSantis sitting in a booth during the Super Bowl, chatting without a mask, circulated after the game.

On Monday, POLITICO reporter Marc Caputo said he caught the Governor, who gave him unsolicited remarks about the photo.

“Someone said, ‘hey, you were at the Super Bowl without a mask’ … but how the hell am I going to be able to drink a beer with a mask on? Come on. I had to watch the Bucs win,” according to Caputo.

The Governor’s comments from Monday drew flak from critics.

Florida leads the nation in identified cases of the U.K. variant, which is more contagious than previously identified strains.

Scientists were initially concerned that the Pfizer, Moderna and other vaccines might not similarly protect against the variant. However, the evidence suggests that both upcoming vaccines and those already in circulation protect against those viruses, too.

“We’ve not seen any data or any evidence to suggest that these vaccines are not effective,” DeSantis said. “If we get the seniors vaccinated, we’re going to be good, and that’s what we’re going to do.”

The Governor told reporters he’s on the lookout for evidence showing otherwise.

“If something changes, we will let you know,” DeSantis said.

previousWas Byron Donalds chillin' with insurrectionists before the Capitol riots?