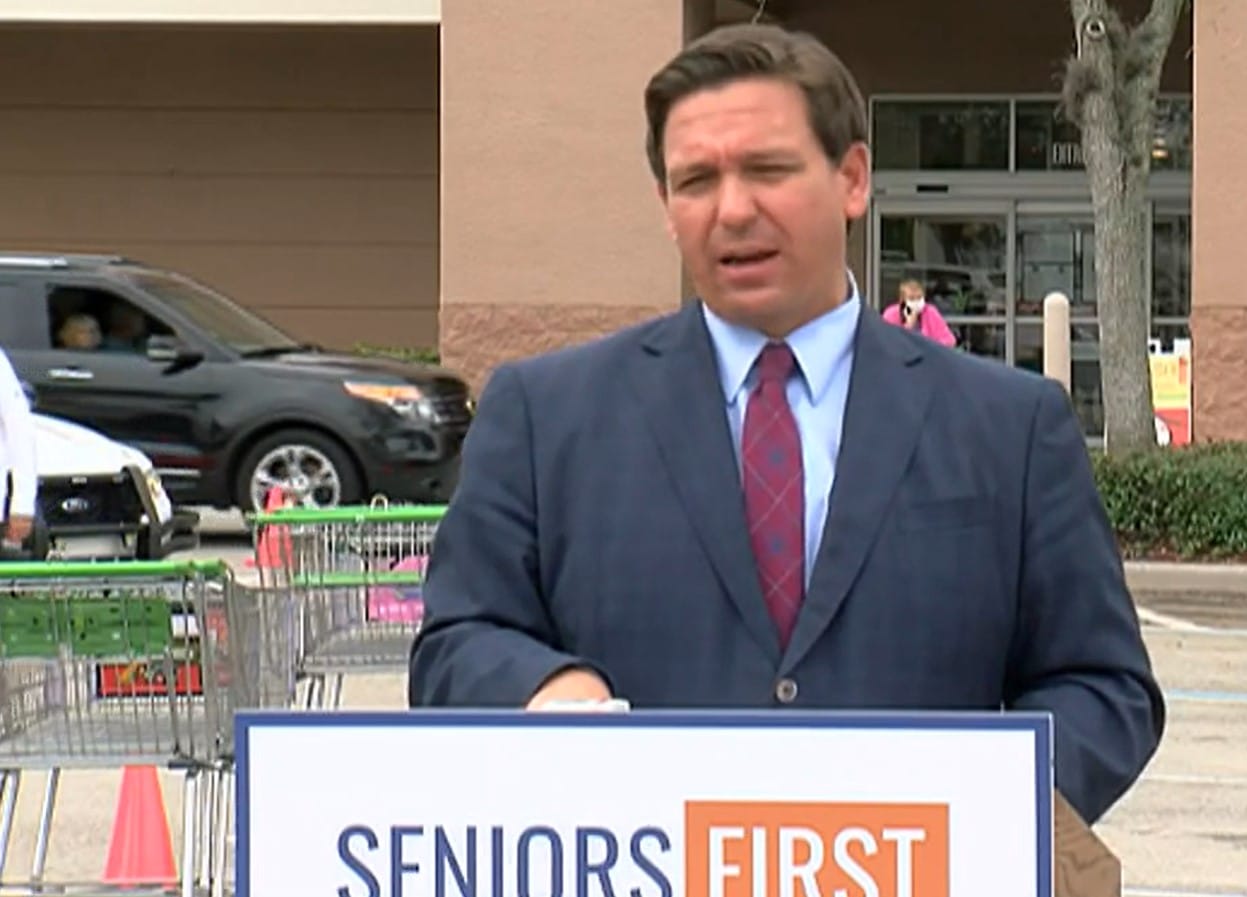 Vaccines available at Sarasota Square Mall will more than double.

Florida is pushing more COVID-19 vaccines into Sarasota County on both a one-time and recurring basis.

The state will vaccinate 3,000 pre-registered seniors over three days, until Friday, at the Venice Community Center using the Pfizer vaccine. Additionally, the state is boosting the 3,300 vaccines available per week at the Sarasota Square Mall state-run site to 7,000 per week.

Gov. Ron DeSantis, who was in Venice on Wednesday to announce the latest efforts, has branded the state’s vaccine rollout as “Seniors First.”

“We’re putting our parents and our grandparents first on this, and our goal is to give every senior a shot that wants a shot,” DeSantis told reporters.

“This 85% increase to our local communities is a massive deal, because it’s actually 85% plus plus when you think about all the public-private partnerships and those other doses coming,” Gruters said.

The Federal Pharmacy Program could provide tens of thousands of additional doses weekly on top of the state’s allotment, which has been 307,000 this month, an increase of 40,000 from weeks prior. The federal program is adding sites at 119 Walmart and Sam’s Club stores.

Johnson & Johnson has submitted its authorization for its vaccine formula to the U.S. Food and Drug Administration. However, federal approval might not come until the end of the month, a slower pace than Pfizer and Moderna’s vaccines received.

DeSantis called that decision “perplexing,” adding that Florida has shown its urgency in administering vaccines.

“I would think you’d want to burn the midnight oil and do 24/7 and get this thing approved as quickly as possible,” he said.