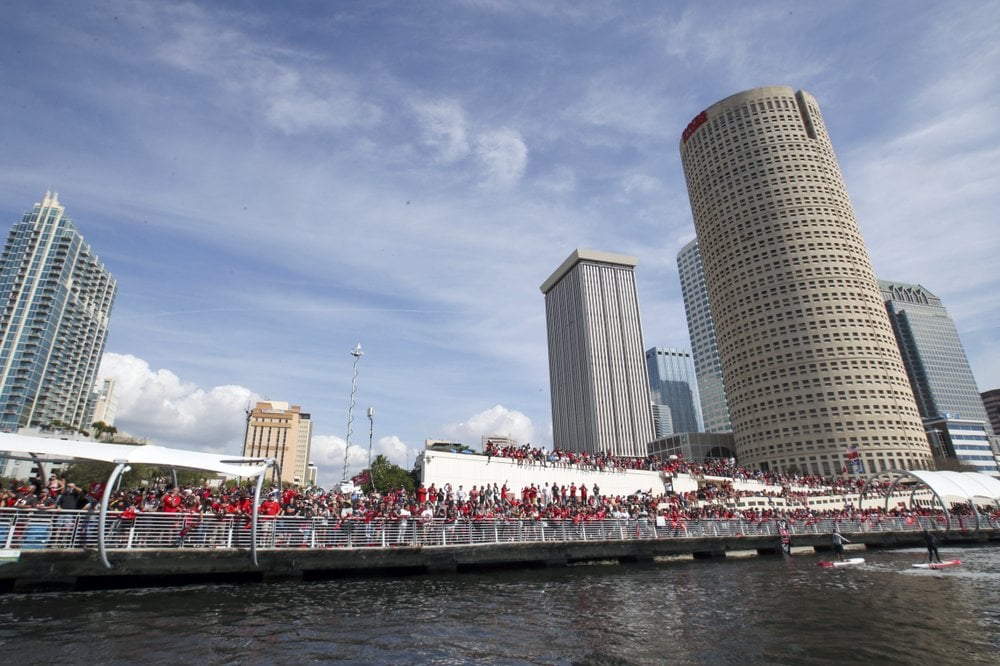 Hillsborough County, which hosted the concentration of Super Bowl activities, confirmed 389 cases on Tuesday. With the addition of Tuesday’s numbers, the county has reported 104,604 cases since the start of the pandemic.

Pinellas County confirmed 188 new cases, as well as 13 new deaths and 25 additional hospitalizations. Since the start of the pandemic, the county has seen 62,132 cases of COVID-19, and 1,357 deaths attributed to the virus.

Both counties are maintaining positivity rates below 10% — the indicator of mass community spread. Pinellas reported a 4.66% rate on Tuesday, and Hillsborough saw a rate of 6.65%.

Despite the lower case numbers, it is still too soon to see the impact of Super Bowl festivities from the past weekend — and concerns are growing as Tampa hosted a Super Bowl victory boat parade Wednesday to celebrate the Buccaneers’ win.

Riverwalk is overflowing with @Buccaneers fans as we celebrate their @NFL Super Bowl Victory! pic.twitter.com/hkK0WQsxNg

Images and videos of the parade show large crowds, with some individuals masked, and many not, despite Mayor Jane Castor emphasizing that people attending the parade must wear masks and observe social distancing rules.

This event adds to the concern — last Saturday, Tampa Bay Times photographer Luis Santana photographed thousands of party-goers in Ybor City on the eve of the Super Bowl, many not wearing masks and in cramped conditions.

Then, on game day, more party-goers were captured in the Channelside district and other bay area party spots without masks or social distancing measures.

The Mayor expressed frustration at the lack of mitigation efforts at the festivities, and even President Joe Biden is expressing concern about the potential effects of Super Bowl revelers this weekend in Tampa.

However, the impact of these events won’t be known until the end of this week and into the next. For now, COVID-19 cases remain steady.

Amid the concern, vaccinations efforts are being streamlined in the counties.

Hillsborough County has vaccinated 99,561 individuals, including 47,302 who have received a second dose. Pinellas has vaccinated 97,930 people, 39,358 of whom have completed the series.