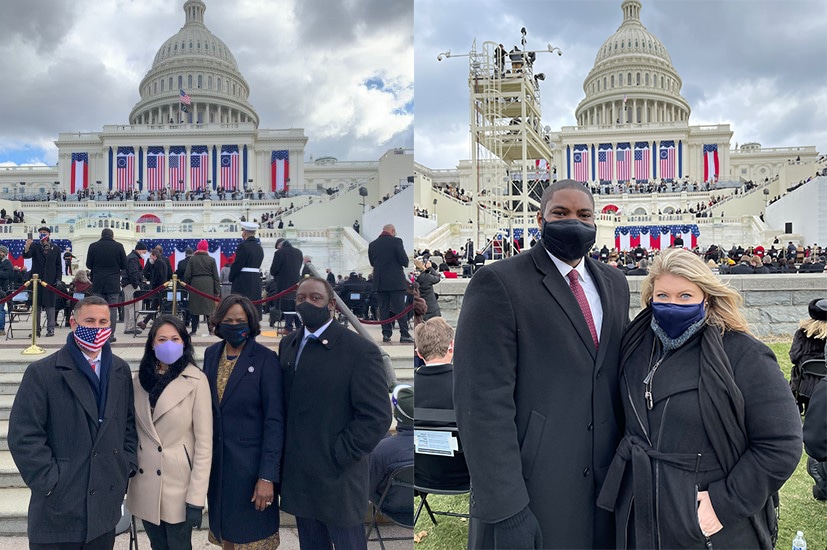 Potential domestic restrictions may be considered as a result of the COVID-19 variant surging across the state.

Several GOP U.S. House members have penned a letter to President Joe Biden, urging him not to impose domestic travel restrictions on the Sunshine State in response to COVID-19 concerns.

Rep. Byron Donalds, a Naples Republican, led the House members in writing the President in response to a report from the Miami Herald that found travel restrictions were being considered as a result of a COVID-19 variant surging across the state.

The White House issued the following statement, saying “To be clear, there have been no decisions made around additional public health measures for domestic travel safety. The administration is continuing to discuss recommendations across the travel space, but no specific decisions are under consideration.”

But most Republicans representing Florida in the House made clear restrictions on Florida travel must be off the table.

“As members of the Florida Republican Congressional Delegation, we are concerned about recent reports that your Administration is considering implementing travel restrictions to our beloved home, the Sunshine State,” the letter reads. “This decision not only lacks merit but is also unequivocally unconstitutional and reeks of partisanship that will only cause reprehensible damage to our state and the more than 21 million Americans who call Florida home.”

“Nearly one year ago, while you were running for the Democratic presidential nomination, you called the travel ban from China, the epicenter of the COVID-19 pandemic, both ‘xenophobic’ and ‘fear-mongering,'” the letter reads. “Now, your Administration is reportedly considering a plan that demonstrates an egregious abuse of power in restricting Americans from moving between states — a move that has no standing in science nor law.

“As the third-largest state in the union, Florida has felt the pain of this pandemic particularly hard,” the letter continues. “Fortunately, through reasoned leadership and common sense, we have maintained a significantly lower death rate per capita than several states, including New York, Pennsylvania, New Mexico, Texas, and even Washington, D.C.”

The letter from the U.S. House members follows Florida Sen. Marco Rubio slamming Biden in regard to the potential travel ban, calling the proposal “authoritarian.”

“Instituting a travel ban, or any restriction of movement between the states, would be an outrageous, authoritarian move that has no basis in law or science. Instead, it would only serve to inflict severe and devastating economic pain on an already damaged economy,” Rubio wrote Biden Wednesday.

And other Florida lawmakers made their thoughts known as well.

“NO FLORIDA LOCKDOWN!,” he tweeted in all caps. “The Biden administration is considering travel restrictions on FLA while it softens policies on illegal immigration. ”