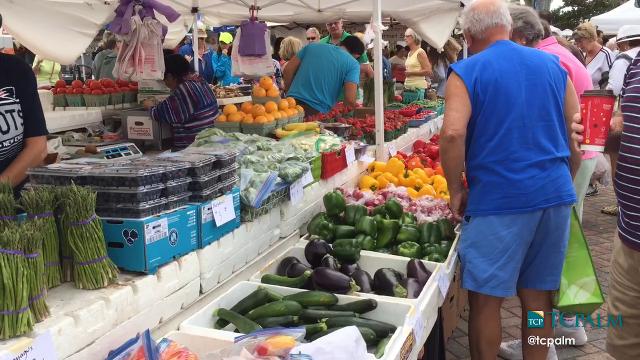 Increased hunger from the impacts of the pandemic acted as motivation for the bill.

The bills, SB 628 and HB 1013, would expand some of Florida’s current statutes on farming to meet the needs of urban agriculture, the practice of cultivating, processing and distributing food in or around a dense, urban environment. If passed, the bill would become the Florida Urban Agriculture Act.

The impact of the pandemic on hunger across the state is one of the primary motivations of the bill, Rouson said. Across the state, more than 2.7 million people struggle with hunger, including 819,370 children, according to Feeding America. And hunger has only been exasperated by the pandemic.

“It has become increasingly important that we allow people access to food, access means encouraging them to even grow, in some instances, their own food,” he said. “As we grow out, we need to grow up, and allow urban farming to take place in non-traditional communities.”

One component of the bill would exempt all power-driven or self-propelled equipment used in urban agriculture from certain provisions requiring it to be located at least 50 feet away from a public road.

The bill also specifies that nonresidential farm buildings, fences or signs located on lands used for urban agriculture are not exempt from the Florida Building Code or local governmental regulations.

“The Legislature finds that, due to the application of laws relating to agricultural activities, it is necessary to distinguish between farms on traditional rural farm land and the emerging trends towards urban agriculture,” the bill reads.

The bill would grant authority to local governments to regulate urban agriculture under certain conditions.

“It goes beyond just feeding people, it will impact the economy and provide jobs,” Rouson said.

Rouson credited the bill to current urban agriculture work in St. Petersburg and is optimistic it will gain support from lawmakers.

“We have a beautiful example of urban gardening,” he said. “I’m very optimistic that it will get through. After all, food and access to food is a bipartisan issue.

If passed, the bill would become effective July 1.