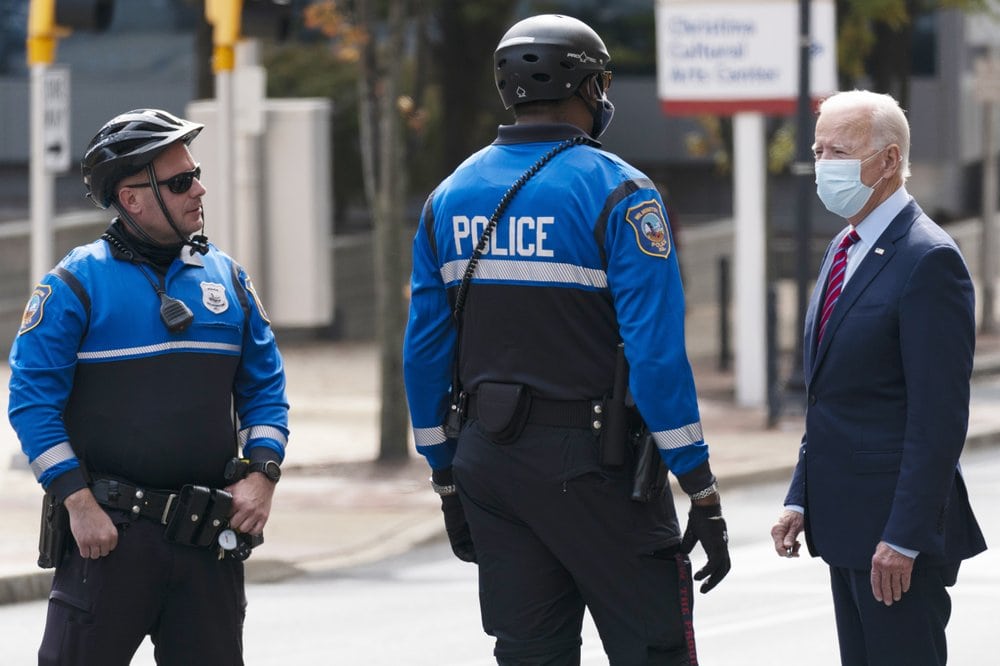 Both Republicans and Democrats are looking to Washington for help.

Road improvements are on hold in the suburban Atlanta town of Union City. In Dayton, Ohio, annual training classes for new police officers and firefighters are slated for cancellation. City agencies in Arlington, Texas, have been cut by up to 8%, with officials bracing for more later this year.

The economic fallout from the coronavirus pandemic has squeezed many city budgets and prompted mayors and local leaders — both Republicans and Democrats — to look to Washington for help.

But Republicans in Washington have stood in the way of sending federal aid to cities, leaving local leaders and public employee unions worried they’ll get shortchanged as Congress negotiates the next COVID-19 response package.

The GOP posture comes with political risks. In rejecting a bill with help for lower governments, Republican lawmakers may soon find themselves voting against high-profile allies and forcing those constituents to depend on President Joe Biden and his fellow Democrats.

“There’s no more time for political maneuvering or holding it hostage,” said Jim Pasco, executive director of the Fraternal Order of Police, whose members have increasingly opted for GOP endorsements, including then-President Donald Trump over Biden last year. “We’re looking right down the throat of a disaster. … We are no longer at a point where we can afford to be cute.”

Republican leaders say they are opposed to Biden’s proposed $1.9 trillion response plan, citing the overall price tag. The largest slice of that pie goes to individuals through $1,400 relief checks. The bill also includes a provision to more than double the national minimum wage to $15 an hour, an proposal that has near-universal GOP, and possibly some Democratic, opposition. The proposal also would send about $350 billion to state, local and tribal governments, with about $140 billion of that set aside for cities and counties.

A bipartisan group of mayors notes that aid should be the easy part. City politics is sometimes presumed to be Democrats’ territory because the nation’s large metro areas and even many midsize cities lean strongly Democratic. But there are more than 3,000 counties and 19,000 municipalities across the country. Most of them are in the small-town and rural congressional districts that send Republicans to Washington.

“This really should not be a red or blue issue,” said Mayor Jeff Williams of Arlington, Texas.

Williams and Whaley said mayors rarely heard lawmakers publicly oppose the idea of state and local support. Texas Sen. John Cornyn, deputy to GOP Senate leader Mitch McConnell, is among those who have been supportive privately, Williams said. “But you start adding it all up and it causes concerns,” the mayor added.

Asked about his conversations with Williams and his position on local aid, Cornyn’s office pointed to the senator’s statements raising concerns about the bill’s overall cost and Democrats’ decision to use a legislative process called budget reconciliation that would allow them to pass the plan without Republican support.

“Another $2 trillion. It was just in December when we passed another $900 billion, almost a trillion-dollar bill,” Cornyn said of the last aid package. “Now we’re finding this sort of partisan dysfunction begin to creep back in.”

Cities were included in an initial pandemic spending measure last spring, but benefits went only to several dozen of the nation’s largest cities. Meanwhile, business aid was concentrated to larger companies, leaving out small firms that drive many local economies. State and local lobbies tried again in a second round of COVID-19 aid but were left out altogether.

Mayors attributed the rebuff to McConnell blocking state and local aid as leverage against Democrats who opposed Republicans’ provision to shield businesses’ immunity from lawsuits related to COVID-19.

Biden has sought to highlight the concern of local governments as he tries to pressure Republicans, and some moderate Democrats, to embrace his plan.

“The vice president assured us they’re going to make every effort to make sure locals get assistance,” said Vince Williams, the mayor of Union City, Georgia, and president of the Georgia Municipal Association. “It’s a nice thing to say, but we’ve got to make them hold true.”

Although most Republicans haven’t publicly opposed local aid, there are signs some of them question the need. GOP aides in Washington this week circulated a recent JPMorgan Chase analysis noting that 47 states that have reported tax receipts for 2020 showed an average decline of just 0.12% from 2019. Sales taxes — a major driver of local budgets — were also essentially flat.

Both the police union and the International Association of Fire Fighters said they couldn’t pinpoint layoffs that have occurred because of revenue shortfalls.

The mayors, however, say that’s not the full picture. Whaley said her city, with about a $180 million budget, faces a $13 million shortfall in the current fiscal year and already has instituted furloughs and hiring freezes, plus a round of buyouts. In Texas, Jeff Williams said he’s bracing for cratering property tax revenues after new assessments come in for corporate properties where businesses have shuttered. Any layoffs, he said, wouldn’t come until the next fiscal year.

And even the JPMorgan analysis noted revenue effects aren’t uniform, with wide variations depending on what drives local economies. Those dependent on tourism and fossil fuels are harder hit, for example.

Regardless, there are signs that the upcoming votes on aid will become fodder in the 2022 midterm campaigns.

Florida Rep. Val Demings, a Democrat and former local law enforcement executive, called it a “political and moral mistake” for Republicans not to support the local aid, especially after tying Democrats in 2020 to progressive activists calling to “defund the police.”

“It is truly shameless to hear them make false attacks … while they themselves are letting local police departments and schools go bankrupt during this pandemic,” Demings said.

Leaders at public employee unions also made clear votes on the bill would not be forgotten in the midterms.

“I don’t think this is one where you can vote against it and be confident that two years from now nobody will remember,” Pasco said.