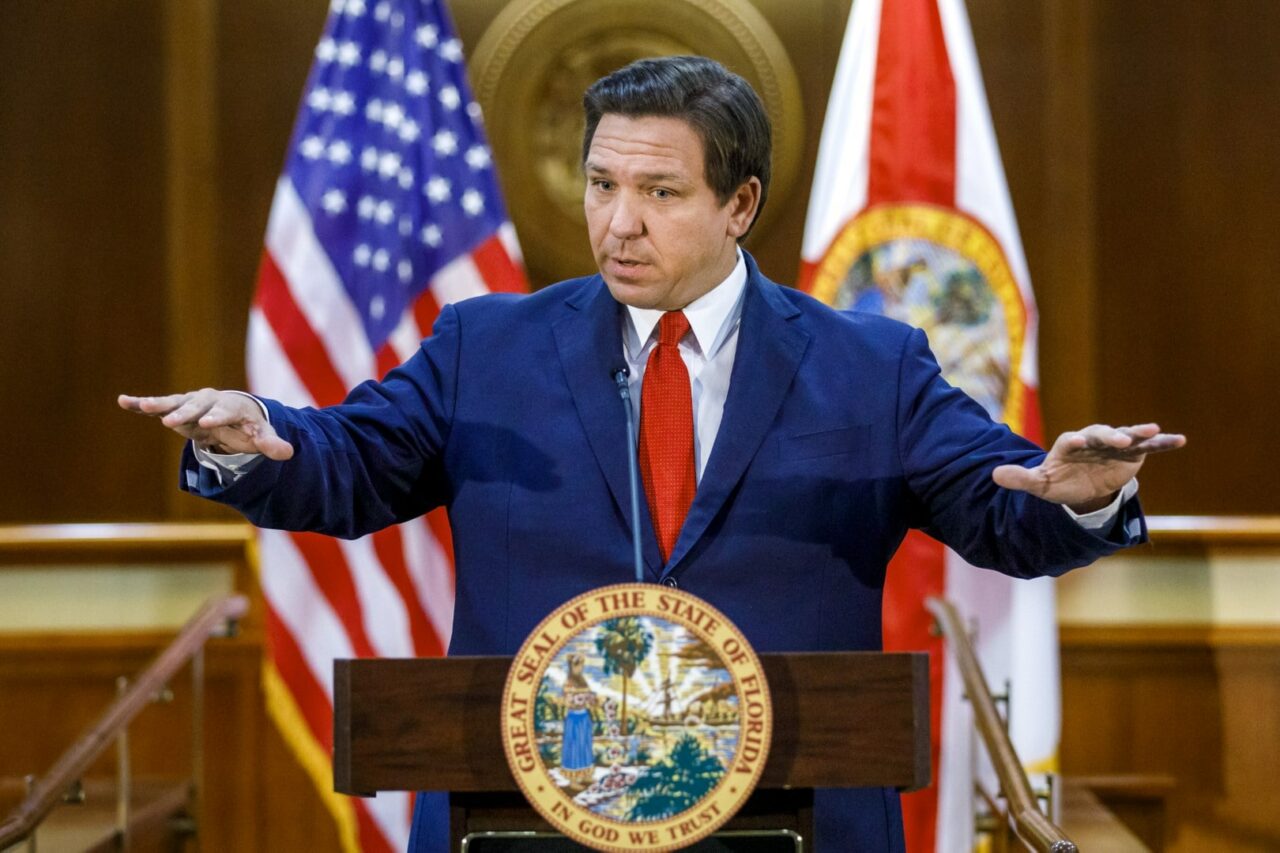 The Governor made national news for suggesting Wednesday morning that the state could divert vaccines to more grateful counties as the state looks to vaccinate seniors.

In the evening, he took to Fox News’ Ingraham Angle with Laura Ingraham to tout the state’s COVID-19 response and to strike back at his critics.

“I was criticized by the same types of folks for putting seniors first,” DeSantis said. “Well, guess what. Florida’s seniors are glad that we put them first.”

During the morning press conference in Lakewood Ranch, reporters hounded the Governor with questions about the local rollout.

“If Manatee County doesn’t like us doing this, we are totally fine doing this in counties that want it,” DeSantis said Wednesday morning. “Most people, I think, will want it. There are going to be folks who complain about getting more vaccine. But I’ll tell you what, I wouldn’t be complaining.”

Fox didn’t play the tape on those remarks, but they did show a clip from a Manatee County Commission meeting from Tuesday, featuring Commissioner Misty Servia. In the clip, the Republican criticized the state for prioritizing the “whitest demographic, the richest demographic” in the county.

“It’s racist to follow the science and vaccinate the most vulnerable population?” Ingraham asked. “I don’t understand this. Now we’re checking boxes of ethnicity and color? I thought it was about the science, saving lives.”

As of Wednesday morning, 31,840 people 65 years old and older have received a vaccine in the county. The pod in Manatee County will provide vaccines to 3,000 seniors.

“That was over and above what that county had been getting,” DeSantis said. “We saw that we needed to get more seniors in that particular county, so we worked with some of the local neighborhoods and said, where are a lot of seniors, where can we go in and knock out several thousand very quickly to get those numbers up.”

The Governor also repeated a similar refrain, that locking down the economy doesn’t work. All schools open, businesses free to be open, workers guaranteed right to work and tax revenue higher than expected, DeSantis said. Meanwhile, the state is below the national average in COVID-19 deaths per capita despite having the second oldest population in the United States.

previousFrom city halls, the plea for COVID-19 aid is bipartisan

nextU.S. life expectancy drops a year in pandemic, most since WWII