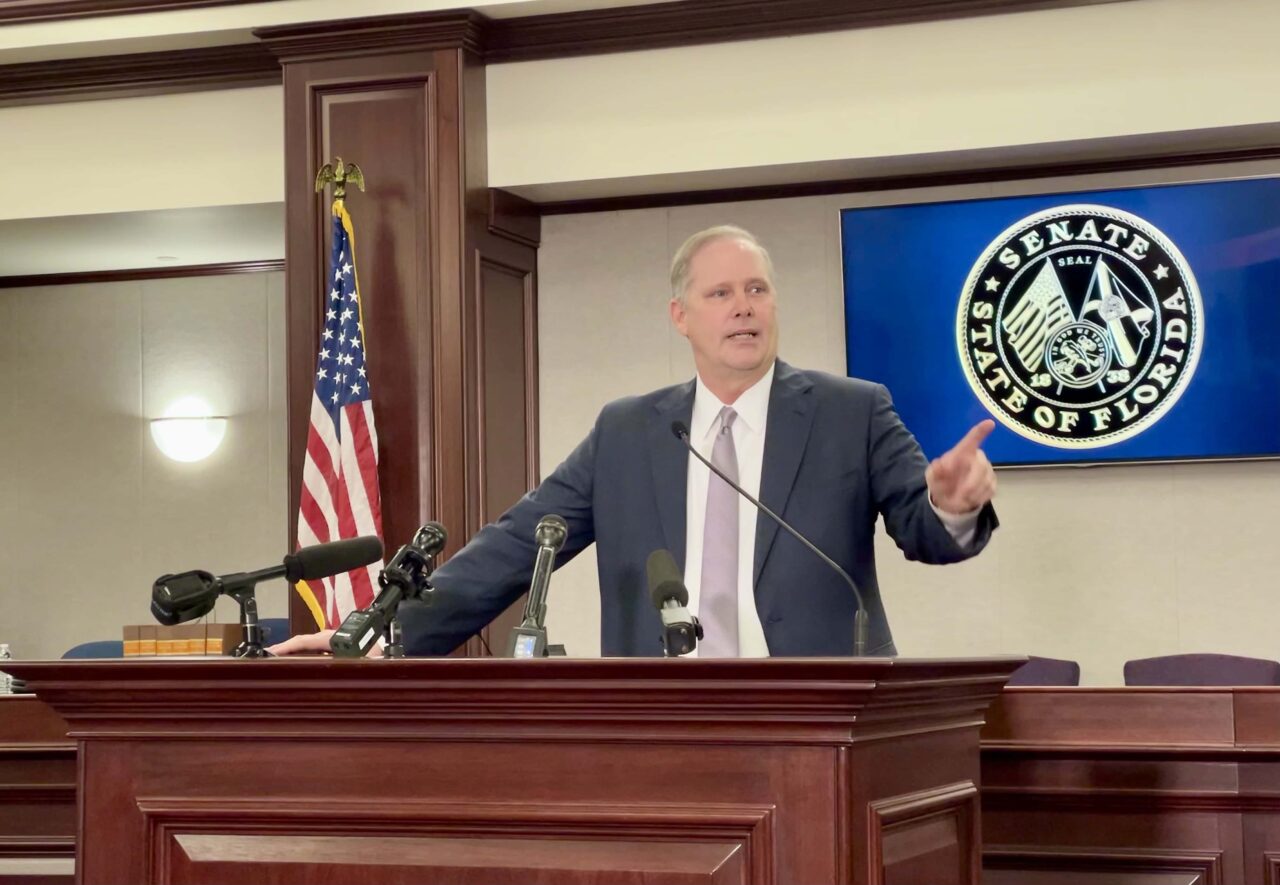 'I am really not sure how that became political at all.'

Speaking to reporters at the Florida Capitol, Simpson defended the nationally debated legislation. The measure, proposed by Republican Rep. Juan Fernandez-Barquin of Miami-Dade, would intensify legal penalties against rioters, vandals, and looters.

The measure, HB 1, seeks to elevate consequences for battery, assault, or inciting a riot.

Further, it would require someone arrested for unlawful assembly to remain in custody until their first appearance.

“They are putting their lives on the line every day to protect us,” Simpson explained. “And so if somebody throws a water bottle that’s been frozen or an object or a brick or anything else, to the fullest extent of the law that should be looked into.”

DeSantis unveiled his vision for the legislation amid a spree of riots and protests spurred by fatal police interactions over the summer.

The summer demonstrations birthed the “defund the police” movement, a controversial movement to shift money away toward social services rather than law enforcement.

In turn, the bill would allow citizens to challenge reductions to local law-enforcement budgets and give the Governor and Cabinet the authority to overturn them.

HB 1 faces strong opposition from Democrats and progressives. During the bill’s first committee hearing, lawmakers heard from more than 69 speakers, many of whom decried the legislation.

Myriad groups and figures have decried the legislation including the American Civil Liberties Union of Florida, the Florida Campaign for Criminal Justice and Agriculture Commissioner Nikki Fried.

Among their contentions, critics argue the measure would violate protesters’ First Amendment right to assembly and free speech.

Others fear the bill will disproportionately impact people of color.