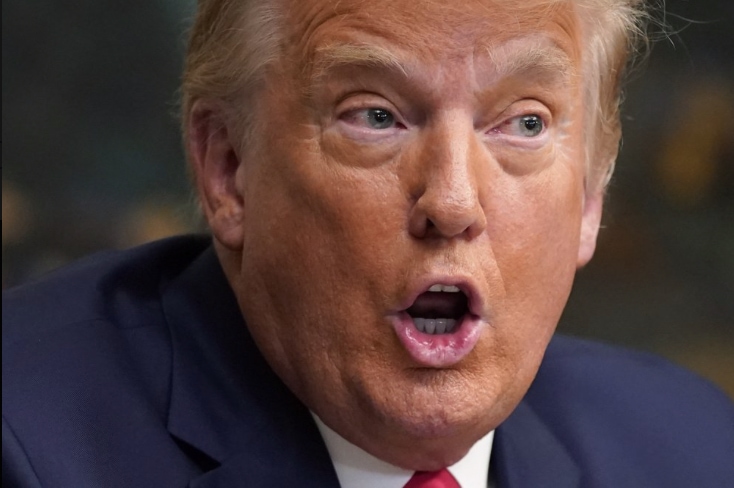 Can the President stay on message?

President Donald Trump will close out a campaign season that has occupied political watchers around the country, making the urgent case to return Sens. Kelly Loeffler and David Perdue to the Senate against Democratic “socialists and communists” Rev. Raphael Warnock and Jon Ossoff.

The headline portion of the rally will begin 9 p.m. at the Dalton Regional Airport.

Expect calls to vote for the incumbents to be juxtaposed with Trump’s assertions that a rigged count robbed him in November as the President, who lost the state narrowly, tries to block a pivotal two-seat conversion attempt by the opposition party.

The open question going into that event: How much of the President’s attention will be devoted to the election ahead … and how much goes to relitigating the November election, a preoccupation of the President’s as allies in both Houses of Congress prepare to challenge electors from states that went to Joe Biden that previously had been GOP holds.

Loeffler, appearing on Fox News Sunday, told host Bret Baier in an interview that she wasn’t ready to commit to challenging the legitimacy of votes in states including her own, but she didn’t rule it out.

“Everything’s on the table here and I’m seriously looking at that,” Loeffler said, refusing to commit to the challenge that eleven Republican Senators have signed on to officially.

Undoubtedly, the President will exact a loyalty test from Loeffler and Perdue both in Dalton, a North Georgia Republican sinecure where, perhaps tellingly, voter participation has lagged thus far compared to the November vote.

Like Loeffler, Perdue has evaded a fixed position on this issue.

In appeasing the crowd, the Senators may rebuff what’s left of the swing vote going to the polls Tuesday. But that’s the paradox of the Trump loyalty model.

Trump’s appearance is just one star in a constellation of closers, including Vice President Mike Pence on Monday at noon, with a final appeal to the faith community at a protestant church.

Meanwhile, President-elect Joe Biden will be in Atlanta in the afternoon, making the case that the Senate election would remove “roadblocks” to the incoming administration’s agenda.

On Sunday, Vice President-elect Kamala Harris journeyed to Savannah, a GOTV location chosen strategically because it is a Democratic stronghold where turnout has lagged compared to other blue areas in the state.

Harris addressed a controversial call Trump made pressuring state officials to find votes to overturn the result of the Georgia Presidential election, a harangue she described as an “abuse of power.”

Ultimately, a GOP win will be predicated on the President’s ability as a repudiated candidate to push two Senators over the finish line in the purported service and maintenance of his legacy as he moves outside the White House into what will be a post-presidency without precedent.

nextDoes Joe Gruters have a clear path to reelection as Florida GOP chair?