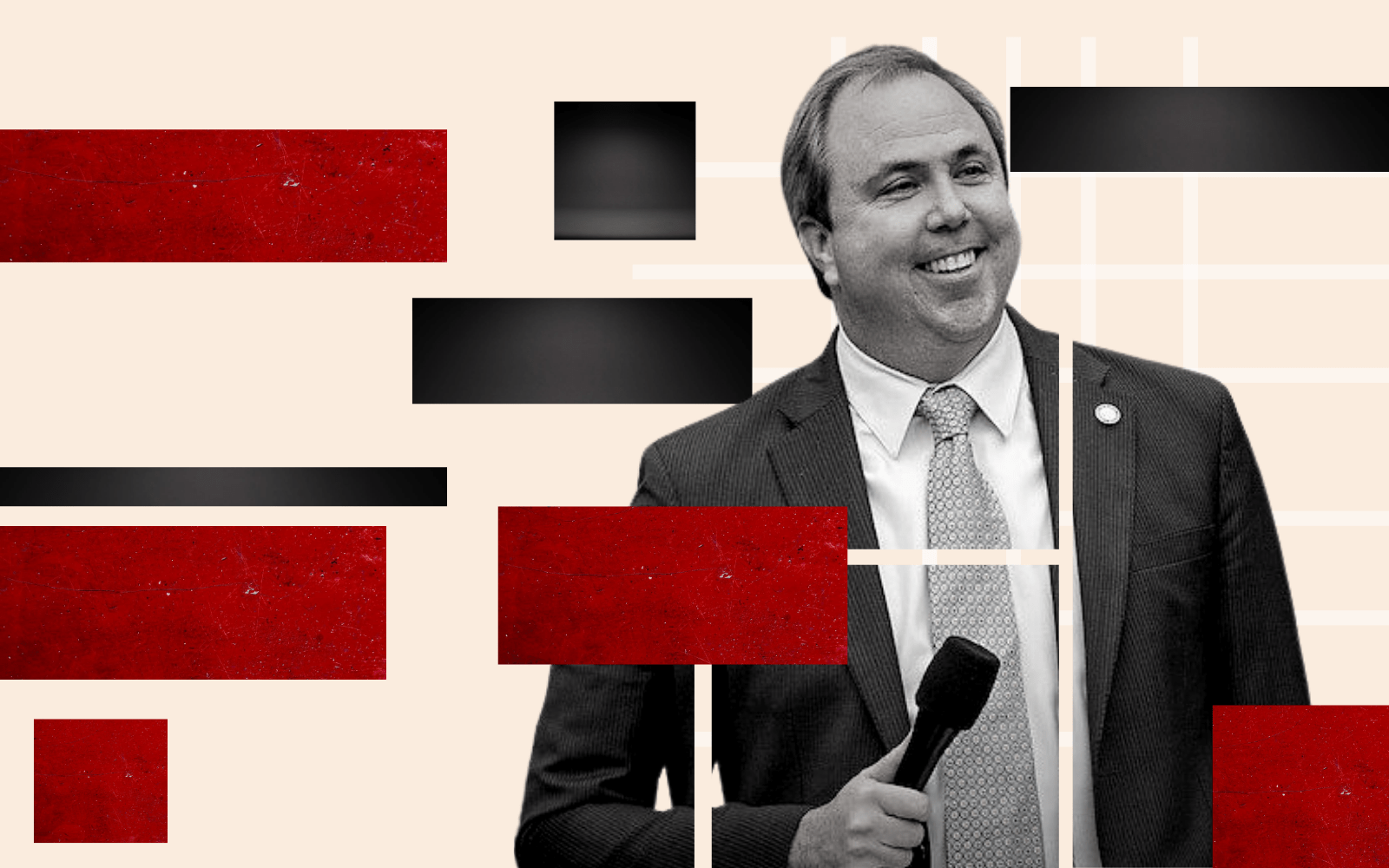 He might not be everyone's favorite, but so far opposition is lacking.

Heading into Election Day, Joe Gruters’ future running the Republican Party of Florida seemed dependent on Donald Trump’s reelection. And while the President lost, he won the Sunshine State by a Florida landslide.

Now, Gruters prepares for a 2021 annual organization meeting without a notable challenge in the ranks — at least for now. Party rules allow a nomination from the floor, but the most buzzed about names who appeared to be mulling challenges have made clear they have no plans to come at Gruters. Indeed, it’s possible the entirety of RPOF’s leadership team may stay in place for the midterms.

“At the end of the day, results matter,” Gruters said with confidence. “People look at the party overall and this the party has done a good job. It was united.”

Unity, though, seems one of those values universally desired in politics while backbiting remains the common practice. The position of state chair comes with a six-figure salary and national notoriety. It’s a position party operatives want for the level of control, and it’s an individual whom Florida’s most powerful officials want under their own influence.

The 2022 cycle brings with it a reelection campaign for a Governor who won by less than a 35,000 vote margin, and for a U.S. Senator of national notoriety.

But before Republican regulars turn their attention to the next election cycle, there are internal leadership decisions to be made. The annual meeting, scheduled Jan. 15 and 16 at the Rosen Shingle Creek Orlando, will include elections for all officers. Gruters intends to seek a second term as state chair, two years after a series of post-election posturing ended with the state Senator essentially being drafted (eagerly) into the job.

It hasn’t always been smooth sailing though. Personnel changes at points seemed driven by disagreement about party direction between Gov. Ron DeSantis and Gruters. Gruters originally tapped Jennifer Locetta as executive director but she was pushed aside for DeSantis’ choice Peter O’Rourke, who left the post earlier this year. Now, Helen Aguirre Ferre, DeSantis’ former Communications Director, holds that post.

Gruters, for his part, has always downplayed any potential friction between himself and the Governor’s Office, and stressed he has always deferred on major decisions about party direction to the state’s top elected Republican.

And as Gruters seeks another two years running the state, it is coordination between a range of Republican apparatuses that he considers his strongest selling point. He notes there was stronger coordination between the state party and Trump’s reelection campaign this year, something partly tied to the fact Gruters four years ago co-chaired the Florida arm of Trump’s campaign. The result? Trump increased his margin of victory here three-fold, one of only three states where he won by a larger margin than enjoyed four years ago.

“Obviously the national results were not what we wanted to see,” said RPOF Vice Chair Christian Ziegler. ”But here in Florida we had an overwhelmingly successful election. And it was really seamless across the board. Everybody had a really good experience in this election cycle.”

The success wasn’t limited to the top of the ticket. Republicans unseated two Democratic Congresswomen in South Florida. The GOP also expanded its majorities in the Florida House and Senate.

Ziegler expects all this translates to a clear path to reelection within the party both for Gruters and the entire leadership team. He intends to seek reelection as well and is effectively running on a ticket with Gruters after the two Sarasota Republicans criss-crossed the state ahead of the election to drive up turnout.

But there hasn’t been a complete dearth of criticism. Gruters two years ago ascended into the chairmanship despite several others campaigning for the job, including Leon County GOP chair Evan Power, now the chair of party chairs. Many expected Power to make a bid for the chairmanship, and he’s suggested in the past that his location in Tallahassee could be beneficial for fundraising and other purposes.

Power, though, said he won’t be seeking the chairmanship, and instead will seek reelection to his current position. While Power expressly credits most of the party’s success this year to DeSantis, he’s not trying to rock the boat.

“I know we won the state by 3%,” Power said. “What’s most important is to make the Governor happy and comfortable, and we look to him for leadership.”

On that front, DeSantis seemed to signal last month he’s not looking for change in the party, regardless of any prior reported friction with Gruters. At a Cabinet meeting, he gave tepid support to the chair when asked if he will be supporting Gruters’ reelection.

“I haven’t weighed in,” he said. “I’m not going to get involved negatively for him so I guess you could say yes.”

However low-key the statement, Gruters touted the Governor’s response as an endorsement.

It also seemed to undermine the greatest argument against Gruters, that he doesn’t get along with the statewide players. Matt Caldwell, Lee County state committeeman, was the only statewide Republican to lose his race in 2018, and has put the blame partly on lack of party support. He has suggested the party chair needs a strong working relationship with the Governor and all the statewide candidates. As someone who campaigned alongside DeSantis, Attorney General Ashley Moody and Chief Financial Officer Jimmy Patronis, and as an early supporter of Sen. Marco Rubio, that arguably was a description of himself.

Caldwell also made clear he doesn’t think someone holding office should serve as party chair. That covers Gruters, a sitting state Senator, but it also describes Caldwell, who just won election as Lee County Property Appraiser.

“My principled position regarding elections officials serving as Chair is unchanged,” Caldwell told Florida Politics this week. “Considering my broader comments earlier this month were grossly misrepresented by the Tallahassee press corps, I’m dubious that anything new would be useful to add. I’ll continue to have constructive conversations directly with the grassroots of our Party and (about) the best path forward to 2022.”

Some of the leaders say Caldwell, while not seeking the chairmanship, could run for another job, or he may just be biding his time. Likewise, Power doesn’t seem to have lost his taste for the chairmanship, rather has decided now isn’t the right time for a run. That seems to clear a path for Gruters.

Anything can happen, though. State party chair isn’t a position individuals need to file for in advance, and nominations can be made on the floor. There could still be contests for state chair or any other leadership position. But time is running out for anyone who wants to make the case in advance of the statewide meeting.