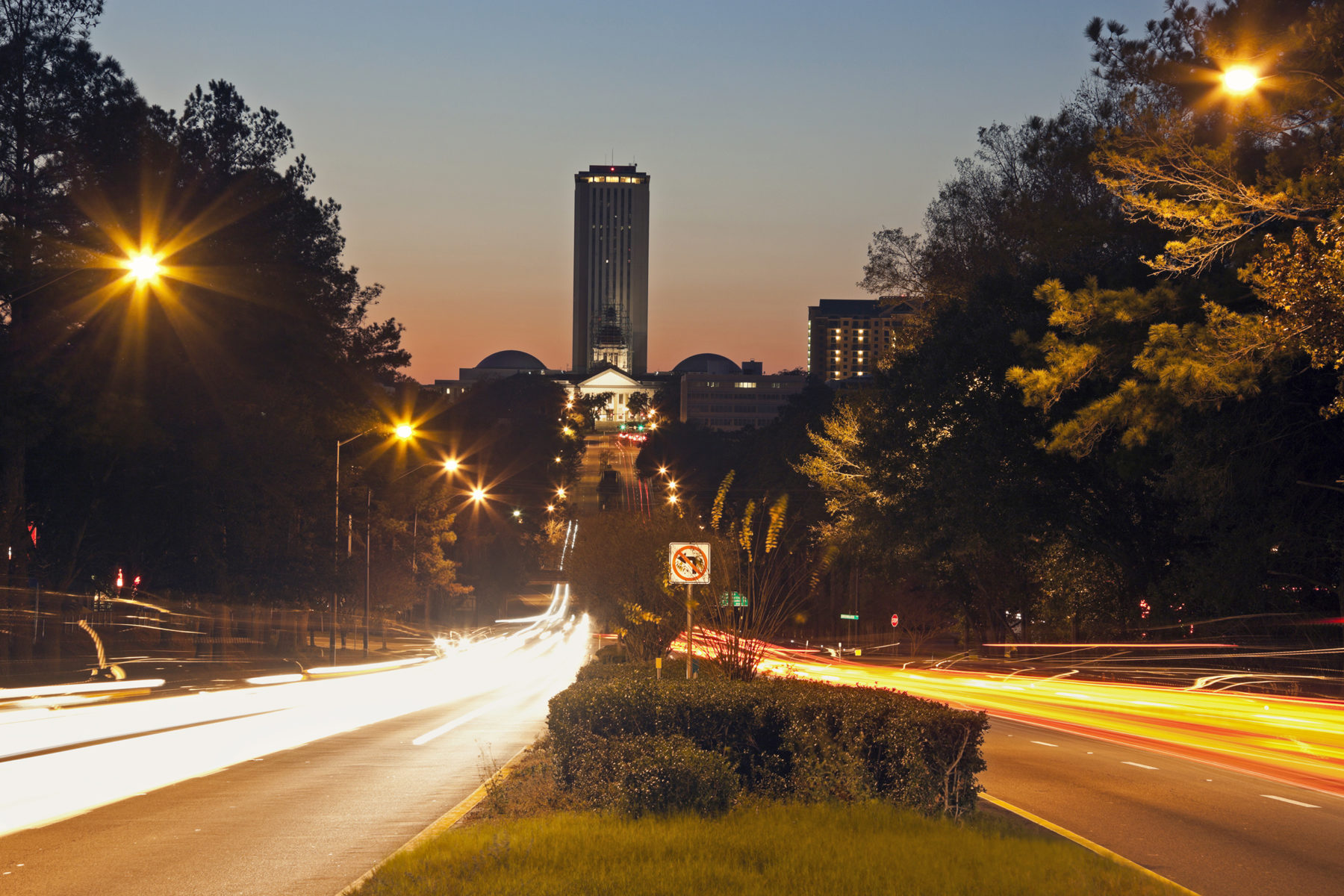 Some say teamwork makes the dream work, or that strength lies in numbers.

Those aren’t necessarily banalities, but there’s no shortage of evidence to the contrary either. Simply put, going solo has its strengths — would anyone trade All Things Must Pass, Imagine, and Band on the Run just to spin Sgt. Pepper’s one more time?

The same goes in the lobbying world, where sole proprietors prove, year after year, that it doesn’t take a big team to strike it big.

Here’s a rundown of the solo shops that weathered 2020 without missing a beat, but first a preface:

Lobbyists report their pay from each client in ranges covering $10,000 increments. Florida Politics uses the middle number in each range to estimate total revenue for the quarter. Our annual earnings estimates represent the sum of those quarterly totals.

The solo shop handled just seven clients in 2020, but a pair of them sent major league payments.

Marsha Bowen notched an estimated $65,000 last year, though she could have pulled in double that.

Legislative lobbying was Bowen’s moneymaker. Those reports showed $60,000 in earnings, half of it from law firm Linebarger, Goggan, Blair & Sampson.

The Florida Association of Professional Process Servers and Professional Wrecker Operators of Florida followed at the $10,000 level while Baptist Health South Florida and the Miami Lighthouse for the Blind chipped in $5,000 apiece.

Capitol Advocates, the solo shop founded by Chip Case, netted $130,000 in lobbying pay last year, with all but $15,000 of that earned in the Legislature.

Case had represented seven clients for all or part of last year. The year-end ledger shows Darwin Global and Liberty Wilderness tied for the top spot with $30,000 over the course of 2020.

Plasma Protein Therapeutics Association followed at the $25,000 level, while Axiom and the University of West Florida Foundation each paid $15,000 for Case to advance their cause in the House and Senate.

His client roster also featured the American Cancer Society Cancer Action Network at $10,000 and the American Houndsmen Federation at $5,000.

The earnings breakdown shows Bell racked up $325,000 in pay across his 13 legislative branch clients, with another $265,000 earned from a nearly identical client list in the executive.

Sumter County was his top contract by a mile. The Central Florida county paid $60,000 for help in the Legislature and tacked on another $50,000 for Bell to ply the Governor and Cabinet. His next-largest contract was a $50,000 deal inked with Chipola College.

The rest of the list were at the $40,000 level, and each split their payments 50-50 between the two branches. They include the Calhoun County School Board, Liberty County School Board, Calhoun-Liberty Hospital, the Southern Waste Exchange, Suncoast Caring Community, the Coalition of Ignition Interlock Manufacturers and the city governments for Belleview, Blountstown, Chattahoochee, Marianna and Apalachicola.

Most of his earnings came from municipal clients, with the City of Stuart leading the way at the $60,000 level. Connors also represented the cities of Pahokee and South Bay, both of which paid $20,000 for his services last year.

Connors’ other two paid contracts were with MTC Management & Training Corporation and Villages of Hope of Palm Beach County. Both paid $20,000.

Connors’ earnings were all listed on his legislative reports. At the top end, he could have earned $200,000.

Deborah Flack listed just two lobbying contracts on her reports, but they were sizable ones.

Her legislative reports show $45,000 in receipts, all from the Florida Shore & Beach Preservation Association, an organization focused on combating the causes and side effects of beach erosion.

The advocacy group, founded in 1957, also turns to Flack for help in the executive branch, where it also paid $45,000 for her services.

The executive report also lists the Garcia Family Farm, 15,000-acre working farm operation in Hendry County that outputs a variety of produce but is best known for its oranges and grapefruits. It paid Flack $60,000 for help in the executive.

Wallace Gene McGee earned an estimated $500,000 last year, with an even split between his legislative and executive incomes.

McGee’s 2020 earnings were fueled by nine clients, all of which retained him to lobby the Legislature, as well as the Governor and Cabinet.

AmeriHealth Caritas Health Plan and PCI Gaming tied for the No. 1 spot on his year-end report, with each paying the solo lobbyist $120,000 last year.

McGhee also repped the Citrus County Board of County Commissioners, which paid $10,000 for legislative lobbying and the same amount for executive lobbying.

Range reporting may undersell McGhee’s earnings for the year. According to overall ranges listed on his quarterly reports, he earned no less than $500,000 — the same as the sum of his per-client averages. At the top end, he could have earned $840,000.

Paul Hawkes handled nine clients for all or part of last year, tallying an estimated $200,000 in lobbying revenue.

The year-end totals reflect a $105,000 haul in the Legislature, where he had eight paid contracts. He amassed the balance, $95,000, representing seven clients in the executive branch.

His top clients for the year were the Dixie County School Board and the Safety Net Hospital Alliance of Florida, both of which paid Hawkes $20,000 for legislative lobbying and the same amount for executive  lobbying.

The Conference of County Court Judges was $5,000 behind the frontrunners, while the Florida Conference of District Court of Appeal Judges hit the $25,000-mark.

Arthur Jacobs only operates in the Legislature, and his client sheet is three lines long. Still, his 2020 haul hit — and likely passed — the $220,000-mark.

His top client last year was the Florida Prosecuting Attorneys Association, which account $140,000 of his total haul.

Following FPAA was the Fernandina Beach City Commission. It checked in with $15,000 each quarter, for total pay of $60,000. The South Amelia Island Shore Stabilization Association chipped in the final $20,000 to round out the list.

Brecht Heuchan’s one-man show cracked the half-million mark last year, drawing down $330,000 in the Legislature and $185,000 in the executive.

The Labrador Company managed the haul across just eight clients, buoyed by the Florida Justice Association, which checked in at $100,000 even. The Richman Group of Florida took the No. 2 spot with $65,000 in pay — 45,000 for executive lobbying and $15,000 for legislative lobbying.

The bulk of his contracts chipped in $60,000 across both branches. They included medical cannabis company Trulieve, Southern Wine & Spirits of America, the Waterford Institute, Wilkes & McHugh and Parsons Transportation Group.

Heuchan also received $50,000 in retainers from the Florida Academy of Anesthesiologist Assistants, all of it for executive branch lobbying.

The bottom lines from Heuchan’s quarterly reports show he collected at least $300,000 in lobbying fees last year. He could have earned as much as $700,000.

Georgia McKeown repped more than a dozen clients on both sides of the Capitol complex, racking up $190,000 in legislative pay and another $220,000 in the executive.

Her year was helped along by Boehringer Ingelheim Pharmaceuticals, which sent her $55,000 in retainers, as the cities of Deltona and Oak Hill, which raised her bottom line by a combined $100,000.

The biggest of the bunch was the American Integrity Insurance Group, which sent her $90,000 to lobby the Legislature. Adjusters International took the No. 2 spot with $60,000 in executive branch pay.

A half-dozen others appeared at the $40,000 level, split 50-50 between her legislative and executive reports. The list: AECOM, Guy Carpenter & Company, Heritage Insurance, Medtronic Neuromodulation, Security First Managers and SkyeTec.

Travis Moore represented eight clients through his solo shop last year and earned an estimated $240,000 for his efforts, with $200,000 of that marked down for legislative lobbying.

The Community Associations Institute was his most lucrative contract, paying out $60,000 for the year — a consistent $15,000 a quarter — all of it for help in the Legislature.

The Animal Legal Defense Fund and Defenders of Wildlife shared the No. 2 spot. Both clients paid Moore $40,000 last year, split 50-50 between his legislative and executive branch reports.

Ralph Arza piloted his shop to a nearly seven-figure haul last year, and he may have far surpassed that milestone — a rarity for solo ventures.

Reports peg his earnings at $945,000, with a near even split between the branches.

His legislative reports featured seven clients that paid him a combined $460,000. Five of them plunked down $70,000 apiece — Carnegie Learning, Dialyze Direct FL, EdisonLearning, the Florida Charter School Alliance and QuaverMusic.Com.

The same set anted up the same amount for Arza’s help lobbying the Governor and Cabinet.

Antigua College International netted Arza another $120,000 while B&H Foto & Electronics sent him $100,000 in retainers. Both clients were split evenly between the legislative and executive.

An eighth client, Public School Property Development, tapped Arza for help in the executive. The contract registered at $25,000.

The split favored the Legislature at $340,000. The balance came in through executive branch lobbying.

Waste Management provided the biggest chunk of change, paying Moyle $140,000 to influence Reps and Senators and the same amount to lobby the Governor and Cabinet.

No other client came close, though the Children’s Services Council of Palm Beach County did hit the $100,000-mark split 60/40, advantage Legislature.

Screven Watson earned an estimated $555,000 last year, with the bulk of it earned for his legwork in the Legislature.

Though a small shop, Watson’s reports are stocked with big names. Among them: U.S. Sugar, Comcast, the Florida Medical Association, Florida Power & Light and the Seminole Tribe of Florida,

Watson also pulled down $40,000 representing the City of Clewiston, where U.S. Sugar is HQ’d. The Village of Wellington paid the same amount.

His report was rounded out with a quartet of $20,000 contracts. The list: ALM Media, Florida Professional Firefighters, Watershed Technologies and Robert Reynolds & Associates.