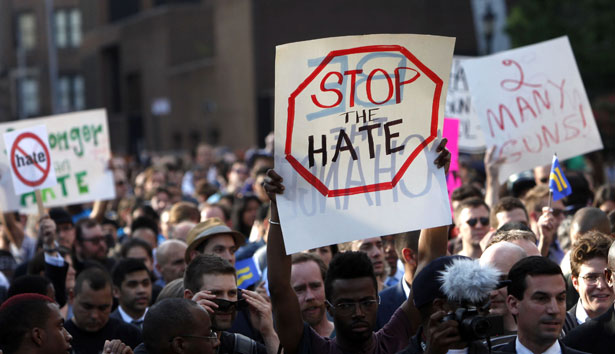 The measure doesn't have a fiscal impact, yet it was reassigned to Appropriations.

The Florida Hate Crime Coalition hosted Rep. Joe Geller and Sen. Lori Berman virtually Thursday where they lamented a questionable move to reassign a gender-based hate crime measure to a committee where it doesn’t seem to belong.

Their legislation, HB 43 and SB 194, would make Florida’s current hate crime statute more comprehensive, enhancing criminal charges for an individual who commits a crime against someone because that person is a woman, a man, a transgender person, blind, deaf or otherwise disabled.

“The thing I want you all to realize is hate crimes are on the rise in this country,” Geller said. “The climate over the last few years has given aid and comfort to all kinds of haters. It’s intolerable.”

The bill would put the perpetrators at risk of longer sentences, and could give prosecutors additional leverage to push for a plea deal.

Two days after passing through the Senate Criminal Justice Committee, the Senate bill was withdrawn from its original second committee of reference, the Judiciary Committee, and instead reassigned to the Appropriations Committee. However, bill analysis states the bill has no fiscal impact, leading to more questions than answers.

“We were very surprised by this re-referral because according to committee staff analysis, the legislation has no fiscal impact,” Barkey said. “The coalition has sent a letter to the Senate President, asking for an explanation about the re-referral. To date, we have not received the response. We certainly hope that this is not an effort to stop the bill from moving forward.”

Berman noted the Senate Judiciary Committee is chaired by Sen. Jeff Brandes, who voted affirmatively on the bill in its first committee, which she is concerned may have led to the committee reassignment.

“There was a strong presumption that he would hear the bill in his Judiciary Committee,” Berman said in reference to Brandes. “We are concerned that it was moved from Judiciary to Appropriations when there is, in fact no fiscal impact on this bill.”

Now, the FHCC is urging Appropriations Committee Chair Sen. Kelli Stargel to schedule the legislation for hearings. The House bill has yet to be heard by any of its three assigned committees.

At the conference, Geller also spoke about Sen. Janet Cruz’s recently filed bill, SB 1558, that would include attacks against members of the press as crimes committed out of prejudice.

Geller, while agreeing with the premise of needing to protect members of the press, said that the proposal was misplaced.

“I think it’s great that we act to protect members of the press,” Geller said. “The question is whether or not that belongs in this particular legislation.”

Instead, Geller suggested applying protections more in line with that of other professionals, like law enforcement.

The Anti-Defamation League is also not in favor of professions being added to hate crime laws, which it believes should be made to protect against personal characteristics.

“Hate crime laws are about creating enhanced penalties where somebody is victimized because of immutable characteristics — that’s a characteristic that they cannot change about themselves,” Barkey said, in an argument sure to draw its own critique.