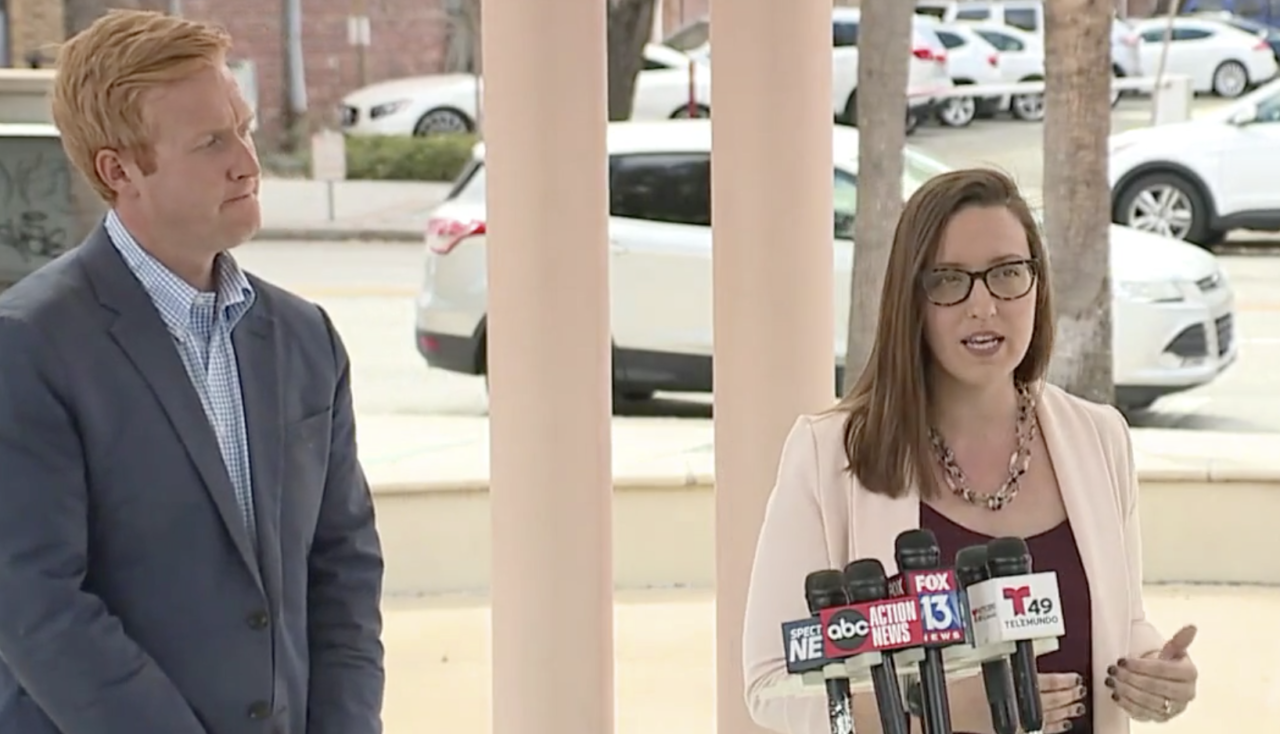 And they want revenue already raised to be spent on transportation projects.

“Democracy can be temporarily delayed, but it can never be permanently defeated.” — Amanda Gorman’s The Hill We Climb poem from President Joe Biden’s inauguration.

That’s the mantra from organizers with All For Transportation, the group that successfully worked in 2018 to pass a citizen-led ballot initiative imposing a 1% sales tax in Hillsborough County for sweeping improvements to transportation and transit.

On Thursday, the group took a blow when the Florida Supreme Court handed down a 4-1 decision striking down the tax. In its majority opinion, justices said that because portions of the approved charter amendment defining how to spend the tax revenue were stricken down in a lower court ruling, it could not reasonably be assumed voters would have approved the tax without those provisions.

Its ruling is non-reversible.

Instead, AFT organizers are looking ahead to 2022 when they will aggressively attempt a new voter referendum, one that would be essentially identical to the one voters approved with 57% of the vote in 2018.

“That is not the end of the story today,” said AFT co-founder Tyler Hudson regarding the court ruling. “It’s a temporary setback toward the goal of fixing a generational problem.”

Though Hudson and fellow AFT co-founder Christina Barker disagree with the court’s decision, they said during a press conference Thursday afternoon that the next step is to now implore commissioners to again place the question before voters.

“There’s been incredible change since we launched in 2018,” Barker said, noting that in 2018 the County Commission wouldn’t put a referendum forward themselves, so voters took the matter into their own hands.

“ In 2018 the conversation was — this is not possible; people aren’t going to make this type of investment in their community — and voters proved them wrong,” she said.

“We really feel that leading up to a 2022 effort, which we do believe the County Commission will step up to do, that we are in a very good position to make the case to voters that the investment they made in 2018 is even more important now.”

She and other AFT supporters have good reason to believe political winds are more favorable now than they were in 2018 among Hillsborough County’s elected officials.

Since then, the Commission has grown its Democratic majority to 5-2. Commissioner Stacy White, who helped lead the charge to overturn the tax, is now one of just two Republicans on the board. The other, Commissioner Ken Hagan, didn’t publicly take a stand on the initial referendum, but later voted in favor of upholding the spending allocations that had been stricken. That could signal willingness to move forward with a re-do. But even if it doesn’t, the five Democrats on the board will almost certainly not need his support to move forward anyway.

Further, Commissioner Pat Kemp, one of the board’s biggest cheerleaders for the AFT referendum, now chairs the board. With her gavel, she gets to set the board’s agenda and has the power to quickly bringing the issue before her colleagues for discussion and an eventual vote.

In the meantime, there is a lingering question about the first referendum.

After voters approved the transportation tax, the county began collecting it on qualifying purchases at the beginning of 2019. They’ve since collected nearly $500 million in revenue, money that remained in limbo pending the Supreme Court’s ruling.

The decision did not address what to do with those funds and AFT members are seeking answers from a variety of sources, Barker said. But, they believe the funding should stay within the county.

“We expect that money to be spent in Hillsborough County doing what it was intended to do, which was fixing our transportation problem,”Barker said.