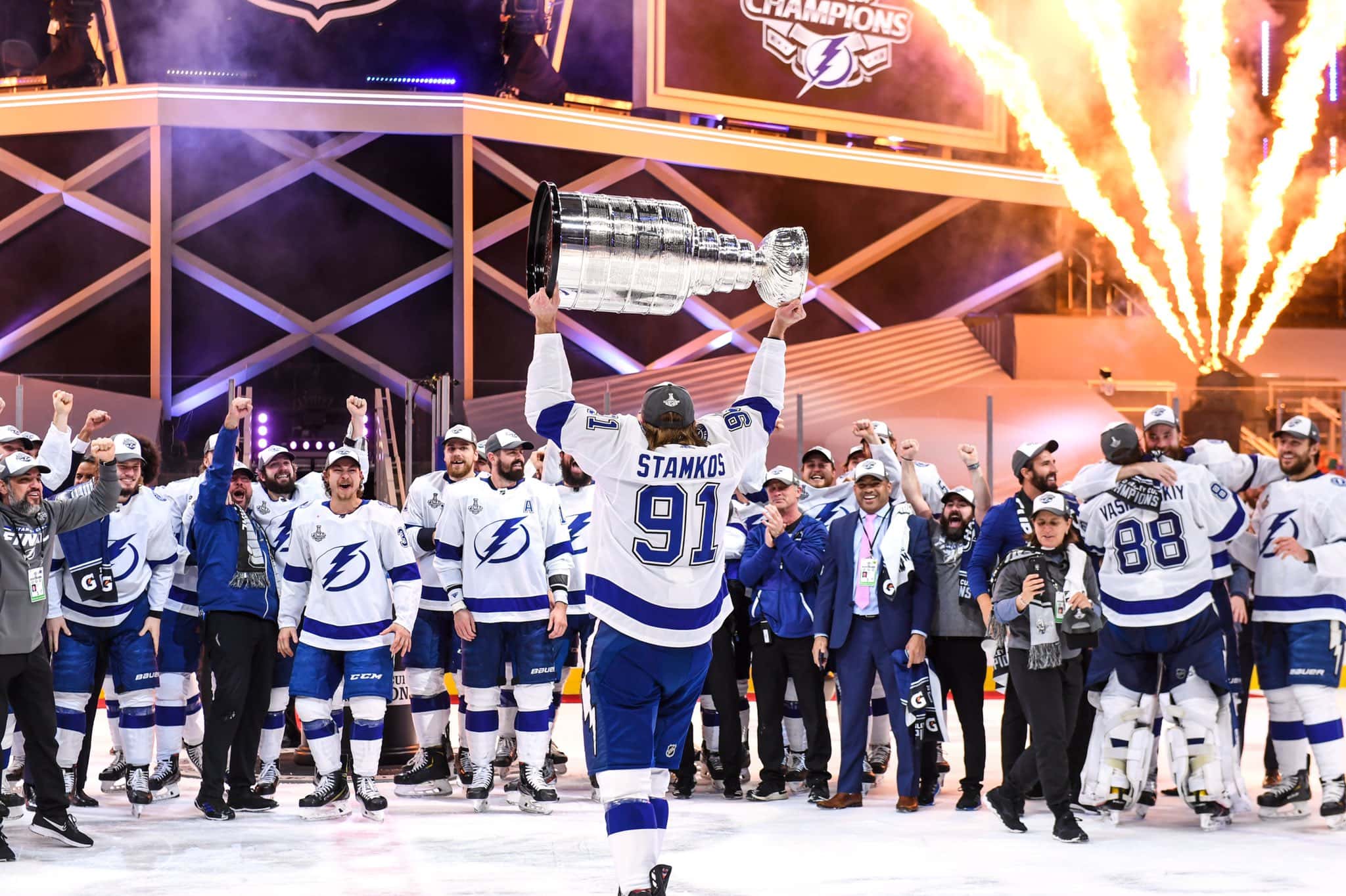 Attendance will be limited to 3,800 fans.

Vinik Sports Group, the Lightning’s parent company, announced it would allow up to 3,800 fans back into Amalie Arena for games beginning with the March 13 matchup against the Nashville Predators, according to NHL.com.

Season ticket holders will receive information about games in the coming days.

The Tampa Bay Lightning, who won last season’s Stanley Cup Championship from the fan-free bubble established to keep COVID-19 out, have 18 home games remaining this season. The last scheduled regular season home game is against the Dallas Stars on May 7.

The NHL franchise has spent time during the COVID-19 crisis making health and safety improvements to AMALIE Arena through its “Play it Safe” campaign. Its efforts led to the arena becoming the first in North America to be dual certified by the International WELL Building Institute and the Global Biorisk Advisory Council, a division of the International Sanitary Supply Association.

The arena is now equipped with sanitizing stations throughout the concourse and at entrances. A sanitization team is in place to frequently sanitize touchpoints within the arena.

Enhanced air filtration has also been installed to mitigate pathogen transmission through the arena’s HVAC system.

Social distancing will also be employed among fans through “pod” spacing and all retail and concession locations will be touchless by going cash-free and implementing mobile ordering for select concessions as well as express food and beverage pickup.

Plexiglass barriers have also been installed at the Amalie Arena ticket office, at building entry points and at concessions and retail locations.

Face coverings are required within the arena.

The new fan policy is subject to change based on pandemic progression.

The Lightning are currently first in their Central Division with 15 wins and just four losses. The team has losses against the Carolina Hurricanes, Florida Panthers and the Columbus Blue Jackets.

previousSixty Days for 3.4.21 — A prime-time look at the 2021 Legislative Session