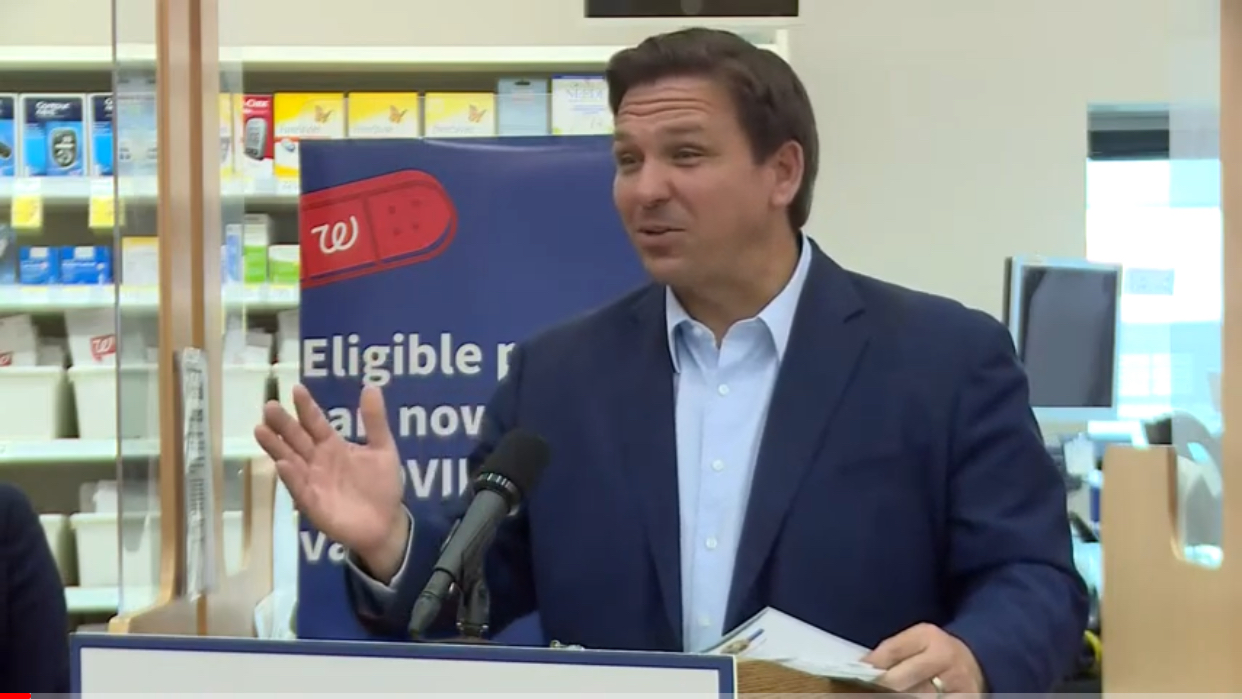 The Governor stopped at Walgreens before The Players Championship.

DeSantis stopped by a Walgreens on Southside Boulevard, a spot on the way to the golf tourney in Ponte Vedra, to talk vaccinations, including his expectations that the Federal Pharmacy Program will have what he called a “dominant role” in expanding vaccinations to more age cohorts this spring.

“A place like Walgreens, it’s in your community,” the Governor said.

The Walgreens plank of the program will expand greatly, he said, from 12 stores to 97 statewide. Sixteen of them will be in Duval County, DeSantis said. They will give 80 shots per weekday at each location, and 60 on each weekend day.

“Appointments are open today, and shots in the arms start tomorrow,” DeSantis said. “Whenever we put a lot of retail pharmacies in places, the numbers go up, because this is what they do every day.”

The Governor says that nearly 3 million seniors have been inoculated, even as some refuse vaccines. Demand is starting to go down as roughly 60% of senior citizens have gotten the shot statewide.

“Some folks don’t want to get the vaccine, it’s their choice,” DeSantis said.

The ultimate goal, said DeSantis, is to “build off the momentum.”

“We have more supply on a weekly basis than we did at the beginning of January. You guys remember,” he said to press on hand. “To get an appointment was like winning the lottery almost because there was 260,000 doses a week for a state of 22 million people and 4½ million seniors. As we’ve increased that, as the Federal Pharmacy Program has ramped up, that gives us more opportunities.”

“Early on, they’d open a window, there would be thousands and thousands of appointments that were taken up,” DeSantis added. “Ten minutes. Eight minutes sometimes.”

Sixty-year-olds and older can get jabbed Monday, and DeSantis looks forward to being able to “expand even more next week.”

“We do 60, then the next step, we lower the age to 55,” DeSantis said. That will happen “in March and hopefully sooner than later.”

The pace depends on the “demand signal” and “allocation,” and if there is enough, DeSantis vowed that “we’ll pull the trigger for sure.”

And the Federal Pharmacy Program will play a “dominant role,” DeSantis said, offering “every community of decent size multiple retail options for you to do it.”