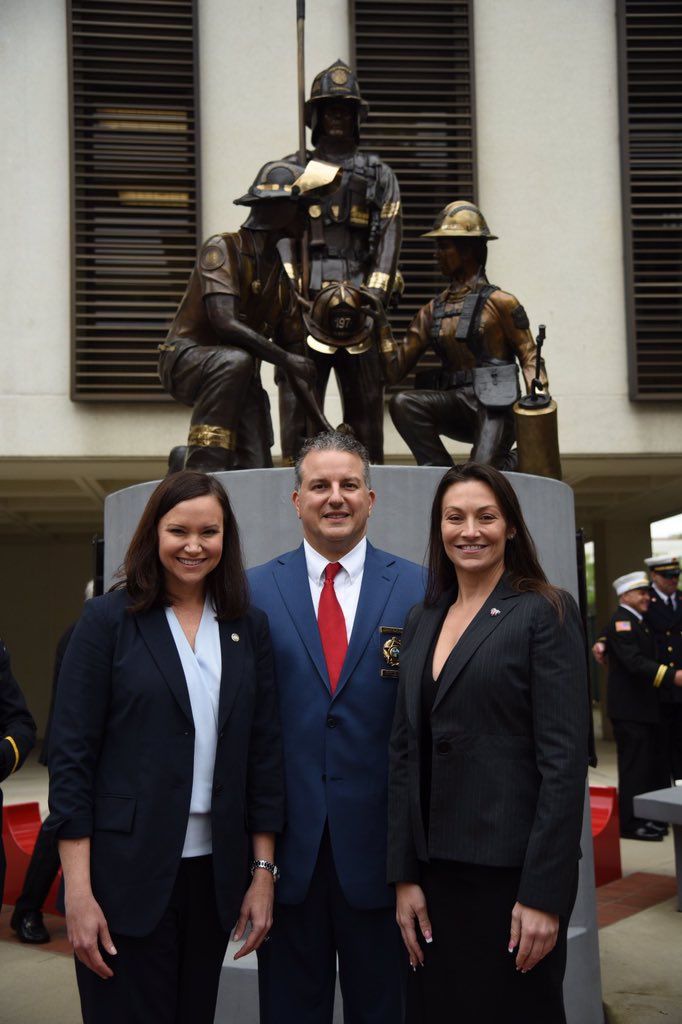 The three don't have a vote, but they have plenty of influence.

While Florida’s three independently elected Cabinet members can’t sponsor or vote on bills, they hold important leadership roles in state government and each is working with lawmakers to pass legislation.

The Associated Press interviewed each of the Cabinet members to discuss their 2021 legislative priorities.

One of Patronis’ top priorities reflects an issue supported by Republican Gov. Ron DeSantis and Republican legislative leaders: Passing a bill to shield businesses from lawsuits related to COVID-19.

“COVID-19 lawsuits are going to happen and people are going to have this sue and settle environment,” said Patronis, whose family owns a restaurant. “Do right by your employees and your costumers. Safety measures should be easy to understand. I just want to put people ahead of lawyers’ profits.

He’s also pushing for a law that would require companies to let consumers opt out of having their personal information sold to other companies. He said he was inspired by a California law that went into affect last year in that state. Nevada has a similar law.

“I said I want this in Florida. I want to protect people’s rights on their information so Big Tech can’t harvest it,” Patronis said. ”If California and Nevada can do it, by God, Florida can do it.”

He’s also working with lawmakers on a bill that would make several changes to insurance laws in an effort to protect consumers from fraud and a bevy of fees. Among other things, it would give 10 calendar days to cancel a claims adjuster contract without penalty, instead of the current three business days. It would also crack down on unlicensed adjusters and make it illegal for contractors to solicit a consumer to file an insurance claim.

Among Fried’s priorities is helping the hungry. A wide ranging food insecurity bill would create a tax credit of up to $5,000 for farmers who donate food to charities.

“We know that COVID has only worsened our chronic hunger” problem, Fried said.

The legislation also would require state agencies and universities to place a priority on food produced in Florida when contracting for food services and would expand free meal availability in schools with a high percentage of students from low income families.

She also wants several changes to the state’s medical marijuana law, including the establishment of a testing advisory council, allowing people with medical marijuana cards in other states to be able to obtain it in Florida and protections for workers who legally use it.

“We’ve seen stories time and time again where people are being fired because they are getting THC detected in their tests,” Fried said. “This is a medicine, a constitutionally protected medicine.”

Moody’s top priority is legislation that addresses exploitation of the elderly. It would give the Office of Statewide Prosecution jurisdiction to investigate such cases.

“It makes sure that we can go after those folks like guardians and other fiduciaries that are exceeding their scope and taking advantage and exploiting seniors,” Moody said.

A former judge, Moody says she has seen many cases where people have taken advantage of seniors, a problem that often goes unreported.

“There’s an embarrassment that they were able to be taken advantage of. Sometimes we find that they don’t even want to tell family members because they don’t want family to believe they are not capable of taking care of themselves.”

Moody also wants a loophole closed in the state’s sexual offender registration law. A judge recently ruled that a man who spent 12 years in prison after being convicted of molesting children didn’t have to register as a sex offender because the law states registration isn’t required until a sentence is completed, and he hadn’t paid of a $10,000 fine that was part of his sentence.

She’s also supporting a bill that would allow EMTs and paramedics to give treatment on the scene to police K9s injured in the line of duty or transport them to hospitals or veterinary clinics.

“They do a lot of dangerous work. We send them in first in many, many situations where humans come in second and they are often times the first to encounter danger and the first to be injured,” Moody said.