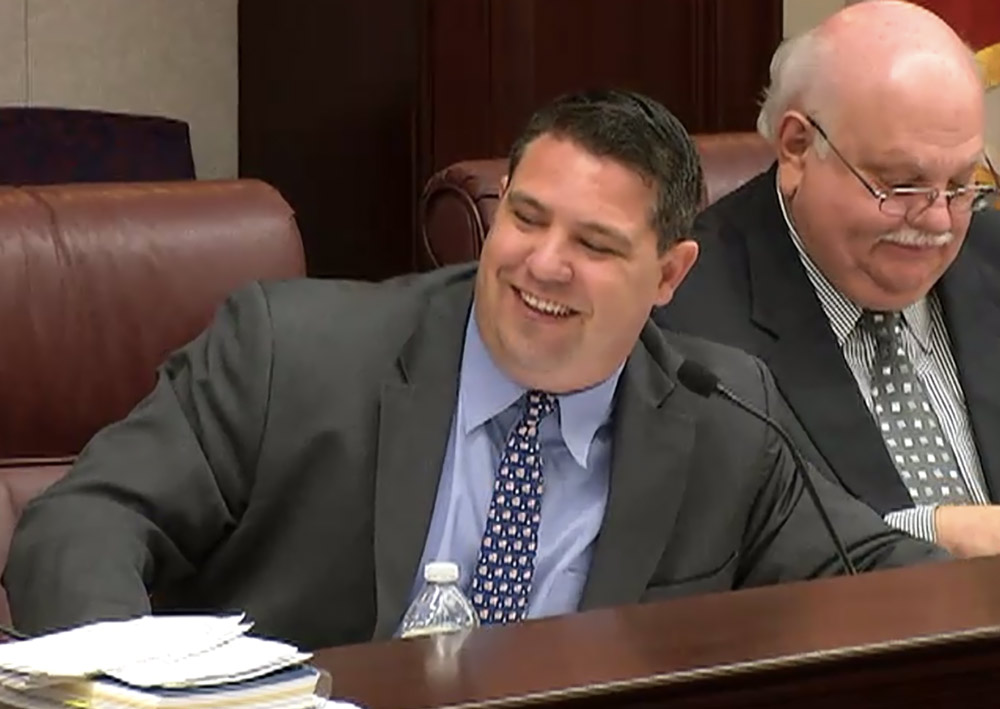 The bill no longer would block cities from banning fracking.

Narrowing his bill to be mainly a prohibition on cities banning gas stations, Sen. Travis Hutson was able to drive his once-controversial local energy regulation bill through a Senate committee Tuesday.

SB 856 had become a bit of a partisan flashpoint, as one of several proposals that could have rolled back cities’ and counties’ authority to adopt clean-energy plans and ordinances. Cities and counties were prepared to fight the legislation. On Tuesday, however, Hutson pushed through a strike-all amendment that narrowed the bill’s concern to making sure cities don’t try to outlaw gas stations “and their related infrastructure.”

With that, the Senate Community Affairs Committee approved the measure, 6-3.

Dropped were provisions addressing cities’ and counties’ abilities to regulate against natural gas lines, fracking, and other fossil-fuel infrastructure, and any suggestions that the bill could prevent cities and counties from pursuing ordinances and policies to promote development of clean energies like solar.

“The goal is to allow cities to be progressive and forward-thinking, to try strive to get to clean energy,” Hutson said, “They can put in any infrastructure that they want as it relates to clean energy.

“Where we have stopped in the drawback in this bill is they can’t prohibit the energy that’s already in place,” he continued. “The consumers are used to going to a gas station. By 2030, if they (city leaders) want to achieve clean energy, they can’t ban the gas station and completely cut the consumer off. So if they want to keep doing the solar, wind, energy-efficient, electric-vehicle things that they have in place and want to continue to do so in their city, they are certainly allowed to.”

With that change, opposition was dropped from the Florida League of Cities, the Florida Association of Counties, and many other groups.

Its next stop is the Senate Rules Committee.