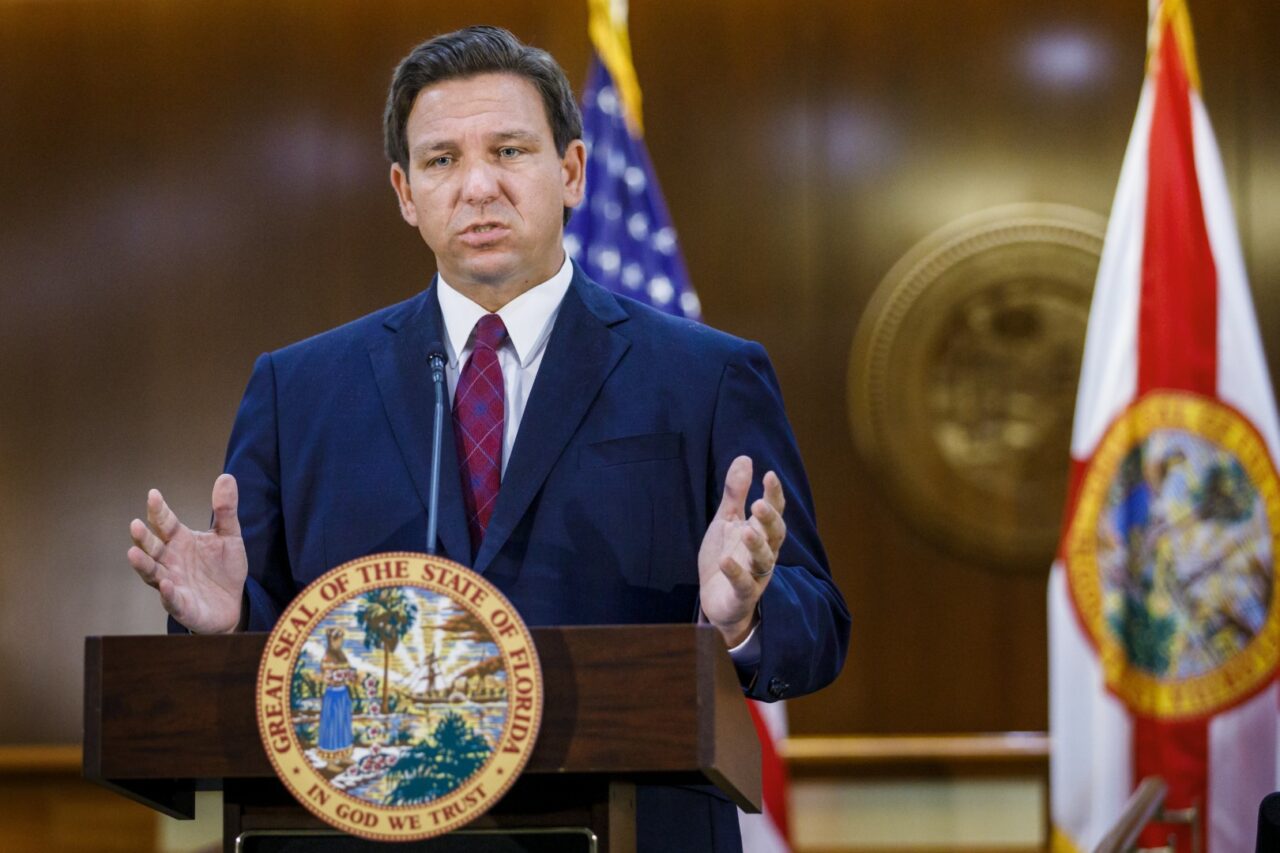 Gov. Ron DeSantis outlined $4.1 billion in recommendations Tuesday for how the state should spend the incoming federal stimulus dollars.

The announced plan would shore up the state’s emergency management system, as well as give $1,000 bonus checks to the state’s cadre of first responders under a spending proposal to disburse some of the first half of the approximately $10 billion the state is expected to reap under the latest federal COVID-19 relief bill.

President Joe Biden signed the $1.9 trillion stimulus plan Thursday, which includes disbursements directly to states and local governments. A portion of the state allocation is tied to the number of jobless residents in each state from the final quarter of 2020.

DeSantis noted Tuesday marks the one-year anniversary of the 15 Days to Slow the Spread effort, a Trump administration initiative to curb the pandemic at its outset. Florida might be open for business, but other states have remained locked down for a year or more.

The Governor’s spending recommendation to the Legislature comes on top of his proposed $96.6 billion budget for the upcoming fiscal year. However, he wants some of that spending to come this fiscal year.

Among DeSantis’ recommendations is $208.4 million for the Department of Economic Opportunity to send $1,000 to first responders across the state this fiscal year. That includes EMTs, law enforcement officers and firefighters.

“We know the pandemic put a lot of strain on our first responders — EMTs, sworn law enforcement, firefighters — so we believe we should recognize their sacrifice,” the Governor said.

Also on the docket for this fiscal year, which ends June 30, would be $260 million for seaports impacted by the lack of business, primarily due to closed cruise lines. Seaports would be reimbursed for losses through February 2021.

The recommendations also include $73.2 million to repair the state’s unemployment system, which crashed under the weight of thousands of daily applicants at the beginning of the pandemic.

Mental health has been a driving point for DeSantis and the First Lady during the pandemic and part of his decision to keep the state open. Along those lines, the bill also includes $72 million for comprehensive integrated behavioral health services.

Even as he listed his spending priorities, DeSantis bemoaned how the Biden administration would be distributing $1.9 trillion in relief money to states and local governments in the coming weeks and months.

The federal government is distributing money not by population but based on the number of unemployed residents — a method that DeSantis contends penalizes states like his whose economies are recovering more quickly than other big states.

“The way Congress did this bill was specifically written to benefit blue states that have really high unemployment over the last quarter of 2020,” he said.

“We’re getting the short end of the stick — make no mistake about it. But we’ll make the best of what we have, and I think we’ll be able to get a lot done for the people of Florida.”

The federal plan also includes an additional $360 billion in taxpayer dollars unrelated to the pandemic. U.S. Sen. Rick Scott, DeSantis’ predecessor in the Governor’s Mansion, has called on states and local governments to return the excess cash.

But if states do that, DeSantis said the U.S. Treasury Department and Secretary Janet Yellen would be able to reapportion that money to other states.

“If Florida were to send the money back, Yellen is going to send it to Illinois, California, New York or New Jersey,” DeSantis said. “I don’t think that would make sense for Floridians.”

The Governor said he wants to use $1 billion to establish an Emergency Management Response Fund. The state’s emergency management system, more accustomed to handling hurricanes and other emergencies, has been in the forefront in responding to the coronavirus outbreak, which plunged the state into a public health crisis about a year ago.

Another $1 billion would go toward the state’s resiliency campaign against rising sea levels.

As is often the case, the Governor does not always get exactly what he wants — and lawmakers will no doubt be scrutinizing the additional budget outlays in the weeks to come.

House Speaker Chris Sprowls said through a spokeswoman that he looks forward to working with DeSantis and Senate President Wilton Simpson on delivering a balanced budget.

“The Speaker has expressed a strong desire to act on many of the items the Governor outlined in the letter sent today, including creating an emergency preparedness fund to ensure that Florida is always ready and investments in flooding resilience and our workforce,” said the spokeswoman, Jenna Sarkissian.

DeSantis, criticized by some in his own party about how he has budgeted the use of previous pandemic money, said he would let the state Legislature decide how to spend the remaining $6 billion of the federal relief money. He suggested that some of that money could be put in reserves.

Florida could receive about $17 billion as part the federal pandemic relief package, with $7 billion going to cities and other local governments.

A key Democrat welcomed some elements in it — like direct payments to first responders.

“It sounds like some of these are very worthy, but I’d like to see more detail,” said Rep. Evan Jenne, the Democratic co-leader in the Florida House.

“There’s still a long budgetary process for all of this to go through, and ultimately it will have to pass through a whole bunch of legislative hands,” Jenne said.