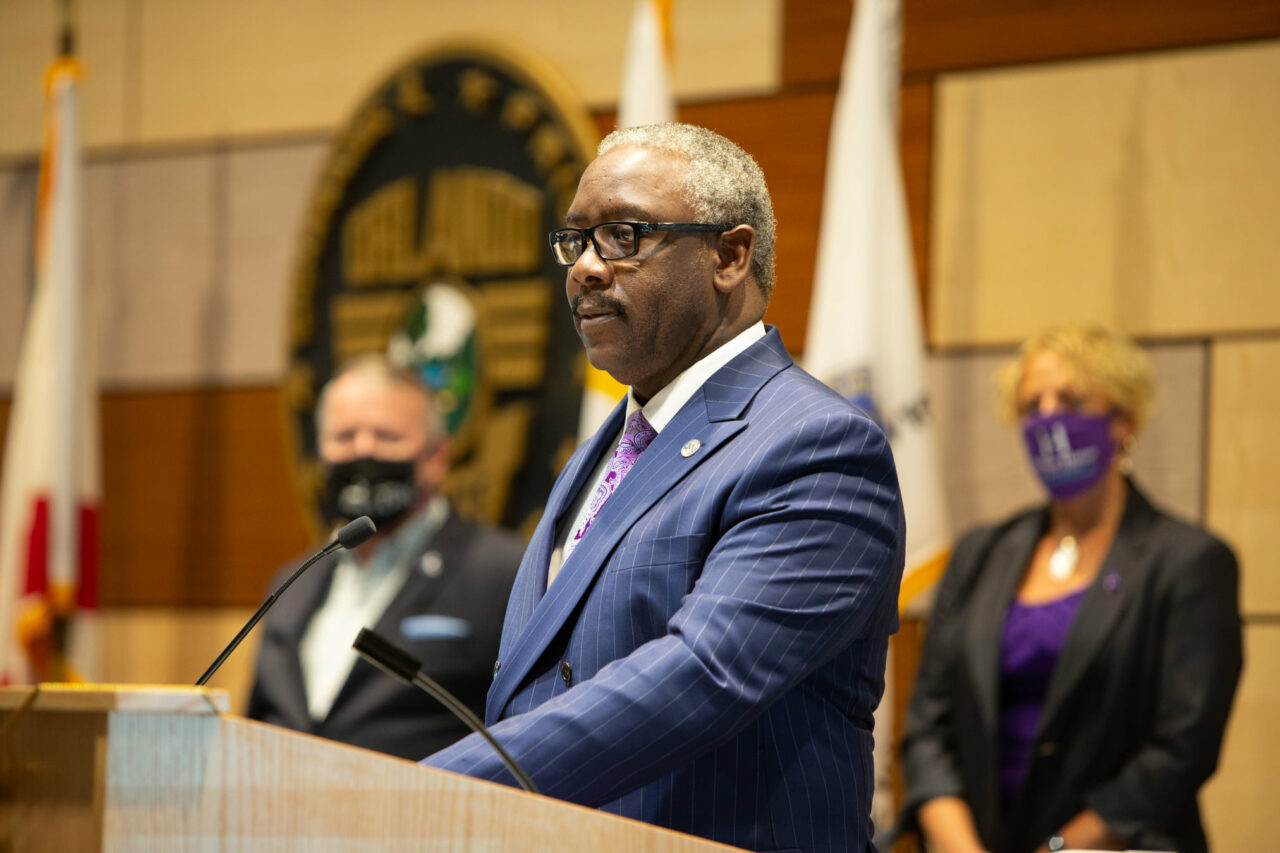 Orange County Mayor Jerry Demings pushed back against Gov. Ron DeSantis on Friday after DeSantis criticized his decision to drop the local minimum age for vaccinations to 40.

“I am unapologetic for making a decision in the best interest of my county,” Demings, a Democrat, told Florida Politics. “Before I made my announcement that lowered the vaccine eligibility age to 40, we notified the Florida Department of Emergency Management and followed up with a letter.”

Last week, he revised local standards to allow vaccinations for frontline workers, educators, and medically vulnerable people regardless of age.

“I was elected to work on the behalf of the citizens of Orange County and I take that responsibility seriously,” Demings added. “In my judgement, due to the depressed demand at the Convention Center, lowering the age was the right thing to do.”

Speaking at a press conference with Division of Emergency Management Director Jared Moskowitz, DeSantis characterized the Mayor’s decision as encroachment.

“It’s not his decision to make,” DeSantis said. “There’s a structure in the state of Florida in terms of how these decisions are made.”

The strategy, which originally conflicted with Centers for Disease Control and Prevention guidance, prioritizes the elderly.

“Trying to do healthy 40-year-olds over finding maybe some more seniors to me would not be the direction that I would go,” DeSantis added.

DeSantis on Friday announced he will lower the COVID-19 vaccine eligibility age to 50 on Monday.

As of Thursday morning, the state has administered nearly 7 million doses to 4.6 million people, including 2.6 million that have received their final shot. More than 3 million people 65 and older have been vaccinated.