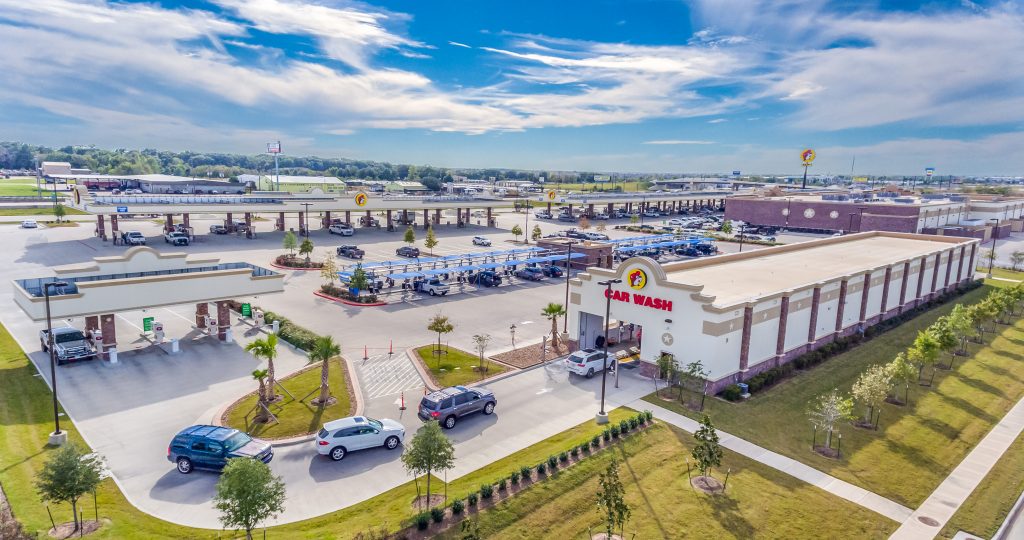 Gov. Ron DeSantis sure was excited about a giant gas station where you can 'potty like a rockstar.'

Florida considers itself the Shangri-La of vacation paradises.

We have beaches, water, wildlife, theme parks, and the reigning Super Bowl and Stanley Cup championship teams (so, close, Rays). What else could we ask for, other than a little sanity from spring breakers at Miami Beach?

How about a second Buc-ee’s!

What’s a Buc-ee’s? No, no … it’s not a typo someone might make when mentioning the Tampa Bay Buccaneers.

Buc-ee’s is the Texas idea of a gas station/convenience store on steroids, and now we have a second one on the way along I-95 in Daytona Beach. Maybe Tom Brady can get an endorsement deal with them.

The grand opening Monday was such a momentous occasion, Gov. Ron DeSantis attended in person, and, yeah, take THAT Rick Scott!

While Scott was Governor, all he brought to Florida was a bunch of Wawa’s. Those are OK, I guess.

But DeSantis, well, let’s let him tell it. Between COVID-19, Charlie Crist, and Nikki Fried, he needs all the feel-good he can get. You could say he got a little carried away.

He called Buc-ee’s the “Shangri-La” of gas stations.

“These bathrooms are the cleanest bathrooms you’ve ever seen in your life,” DeSantis said. “It’s like a five-star restaurant in there. They really take pride in things, and it really shows. It really makes a difference.”

A five-star restaurant? I mean, we all like a clean bathroom, although I’ve never quite drawn that parallel. But go on.

“As somebody who used to drive 95 up and down this congressional district and driven all over the state, I know my way around rest stops and service stations,” DeSantis said.

I can relate to that. During my time as a sportswriter, I became well-acquainted with the Florida interstate system. And yes, knowing how far it is to the next rest stop is valuable knowledge — particularly when you’re driving back at night from Tallahassee, Miami, Gainesville, Orlando, or Jacksonville.

I’ve also been to Buc-ee’s — not the one in Saint Augustine, but the one along Highway 71 East in Bastrop, Texas. We have relatives in Houston who told us we HAD to stop at Buc-ee’s on a drive from there to Austin.

They had gas pumps – lots of gas pumps — snack food, pulled pork, sausage, brisket (well, it is Texas), and turkey. There were brownies and other sweets, along with what the store described as “eclectic, Texas-themed T-shirts & knickknacks.”

I’ll take their word on that because I’ve never quizzed a rock star about their potty habits. We’ll file that under Texas hyperbole because, as we know, everything is bigger there — including, I guess, potty experiences.

By the time we left that location, we had filled up with gas and had a snack. That’s pretty much the experience I’ve had at most convenience stores, including Wawa.

And like the Governor, I know my way around rest stops and convenience stores. They serve a useful purpose, but that’s about it.

While a restroom can be a welcome sight along the interstate late at night, and depending on the situation, possibly even a Shangri-La, I probably wouldn’t give any of them a five-star rating. I’m a tough grader.