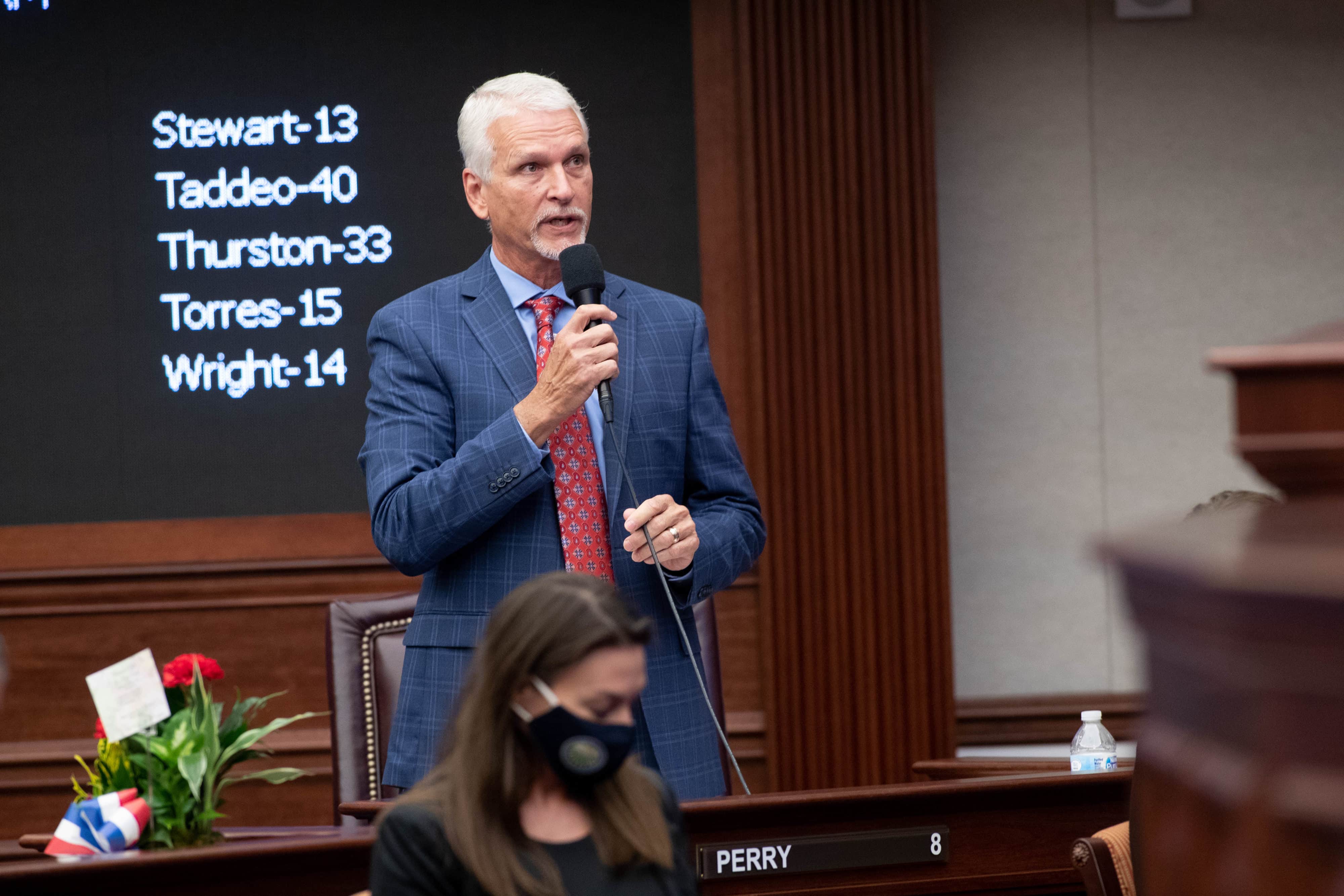 The bill (SB 1412), filed by Gainesville Republican Sen. Keith Perry, was approved unanimously by the Senate Transportation Committee. The legislation is known as the “Sophia Nelson Pedestrian Safety Act,” in honor of 12-year-old Sophia Nelson, who was killed after being struck by a car crossing a state road in Satellite Beach in 2019.

If the federal government approves the move, the yellow beacons would need to be replaced by red ones within 12 months. Otherwise, the yellow-beacon equipment would be removed by October 2025.

Perry also mentioned an amendment he plans to file before the bill’s next committee stop that would specify the equipment required under the bill, naming the HAWK pedestrian-activated red-light beacons.

“This bill increases safety for pedestrians and drivers at crosswalks by eliminating the confusion that is causing accidents and costing lives,” Perry said at the committee hearing. “According to a study by Smart Growth America, Florida ranked No. 1 in pedestrian fatalities from 2010 to 2019. The current setup is mostly midblock walk across blocks that gives pedestrians a false sense of security.”

The bill would also require a traffic engineering study to be conducted by a Florida licensed professional engineer who recommends installing a midblock crosswalk before one could be installed.

Although the number of midblock crosswalks on local roads is unknown, the bill analysis cited an FDOT expectation of a negative total fiscal impact of roughly $14.9 million in capital costs and $159,000 in annual recurring costs from the legislation.

“I would just like to thank Sen. Perry for this bill,” the Martin County Republican said. “I think there’s certainly going to be a fiscal on it, but lives will be saved.”

previousSunburn — The morning read of what’s hot in Florida politics — 3.24.21