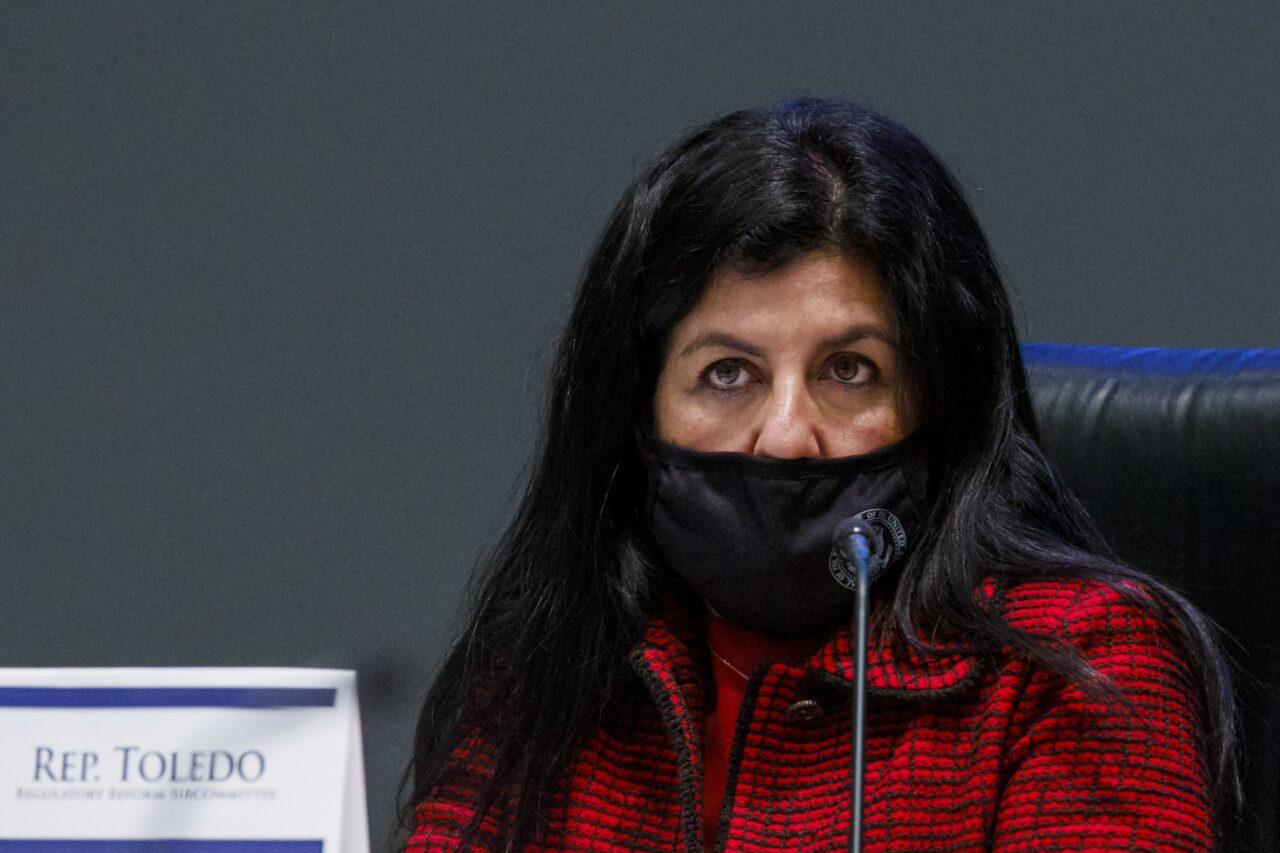 A bill to reign in ballooning Medicaid costs caused by Pharmacy Benefit Managers was whittled down from 23 to 5 pages.

Bill-sponsor Tampa Rep. Jackie Toldeo has been pushing for reform of PBMs since the 2020 Session. This Session, Toldeo started with a bill to reduce fees and authorize more oversight of PBMs. But the committee substitute (HB 1155) that passed in the House Finance & Facilities Subcommittee meeting Tuesday is barely recognizable when compared to the original bill.

PBMs negotiate with drug manufacturers on behalf of insurance companies in an effort to purchase drugs at reduced prices or with the promise of additional rebates. Toledo has called what PBMs do a “pass-through” service. Others have called PMBs middlemen.

“I’m not saying we have to eliminate PBMs completely, but because there’s no oversight, they are creating revenue streams everywhere. Every single phone call is being charged. Even if they’re denying a claim, PBMs are charging these transaction fees for every communication,” Toldeo said of PBMs in an interview prior to Session.

The committee substitute gives the Office of Insurance Regulation (OIR) the authority to regulate audits conducted under the Florida Pharmacy Audit Act.

Also, the bill allows OIR to fine PBMs $10,000 if they fail to register with the state, which is required under Florida law.

“That $10,000 fine is a joke and the bill fails to deal with issues that we still have out there with the PBMs,” said Committee Vice Chair Michael Caruso. “At least we’re doing something, which is better than nothing, but we’ve got a long way to go.”

Barney Bishop spoke on behalf of Small Business Pharmacies Aligned for Reform who still support the committee substitute, but strongly preferred the original bill. Bishop criticized the PBMs for keeping their pricing secret.

A representative from the Pharmaceutical Care Management Association, which represents PBMs, said the group was opposed to the original bill but are neutral on this new slimmer bill.

Toldeo indicated that she will keep working towards PBM reform.

“We all know that health care costs continue to rise, and I believe it’s a direct correlation to PBM profits. If we want to lower costs, we need to have PBM reform,” Toldeo said.

The bill now heads to its second of three committees, Insurance and Banking.

Senate companion legislation (SB 390) is in its second committee, the Appropriations Subcommittee on Agriculture.