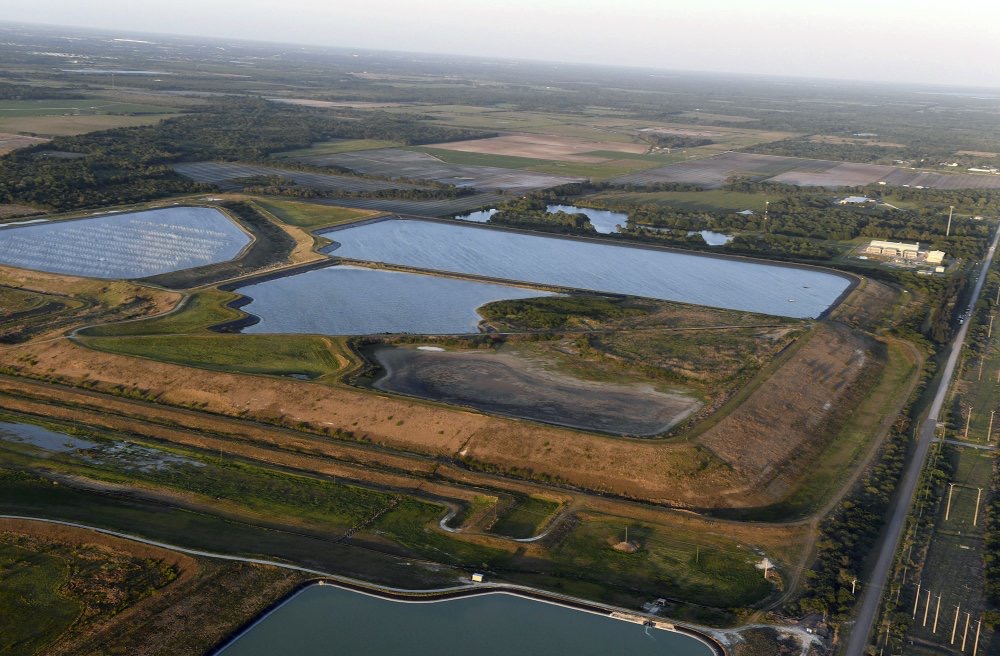 The remaining inmates are being moved to the jail's upper level.

The remaining 721 inmates at the facility are being moved to the upper level of the jail as a precaution. A full breach of the reservoir could flood the jail with about a foot of contaminated water, officials say.

They are not releasing the location of relocated inmates due to security concerns.

The Manatee County Jail is within the mandatory evacuation zone surrounding the Piney Point facility.

Officials in Florida ordered more than 300 homes to be evacuated and closed off a highway Saturday near the large reservoir in the Tampa Bay area north of Bradenton.

The Florida Department of Environmental Protection says a break was detected Friday in one of the walls of a 77-acre (33-hectare) pond that has a depth of 25 feet (8 meters) and holds millions of gallons of water containing phosphorus and nitrogen from an old phosphate plant.

Officials brought in rocks and materials to plug the hole in the pond late Friday into Saturday, but the attempt was unsuccessful.

“We are talking about the potential of about 600 million gallons (2.3 billion liters) within a matter of seconds and minutes leaving that retention pool and going around the surrounding area,” Hopes said.

Florida Gov. Ron DeSantis declared a state of emergency Saturday after a significant leak at a large pond of wastewater threatened to flood roads and burst a system that stores polluted waters.

The pond where the leak was discovered is at the old Piney Point phosphate mine, sitting in a stack of phosphogypsum, a waste product from manufacturing fertilizer that is radioactive. It contains small amounts of naturally occurring radium and uranium, and the stacks can also release large concentrations of radon gas.

In 2016, more than 200 million gallons of contaminated waste water from another fertilizer plant in central Florida leaked into one of the state’s main aquifers after a massive sinkhole opened up in a pond of a phosphogypsum stack.

There are at least 70 gypsum stacks in the United States and about 27 in Florida, mostly in the region of west-central Florida. The wastewater stored in the gypsum stacks can’t be seen from the ground as the piles surrounding the structure can go as high as 500 feet (150 meters).

nextWinner and Loser of the Week in Florida politics — Week of 3.28.21