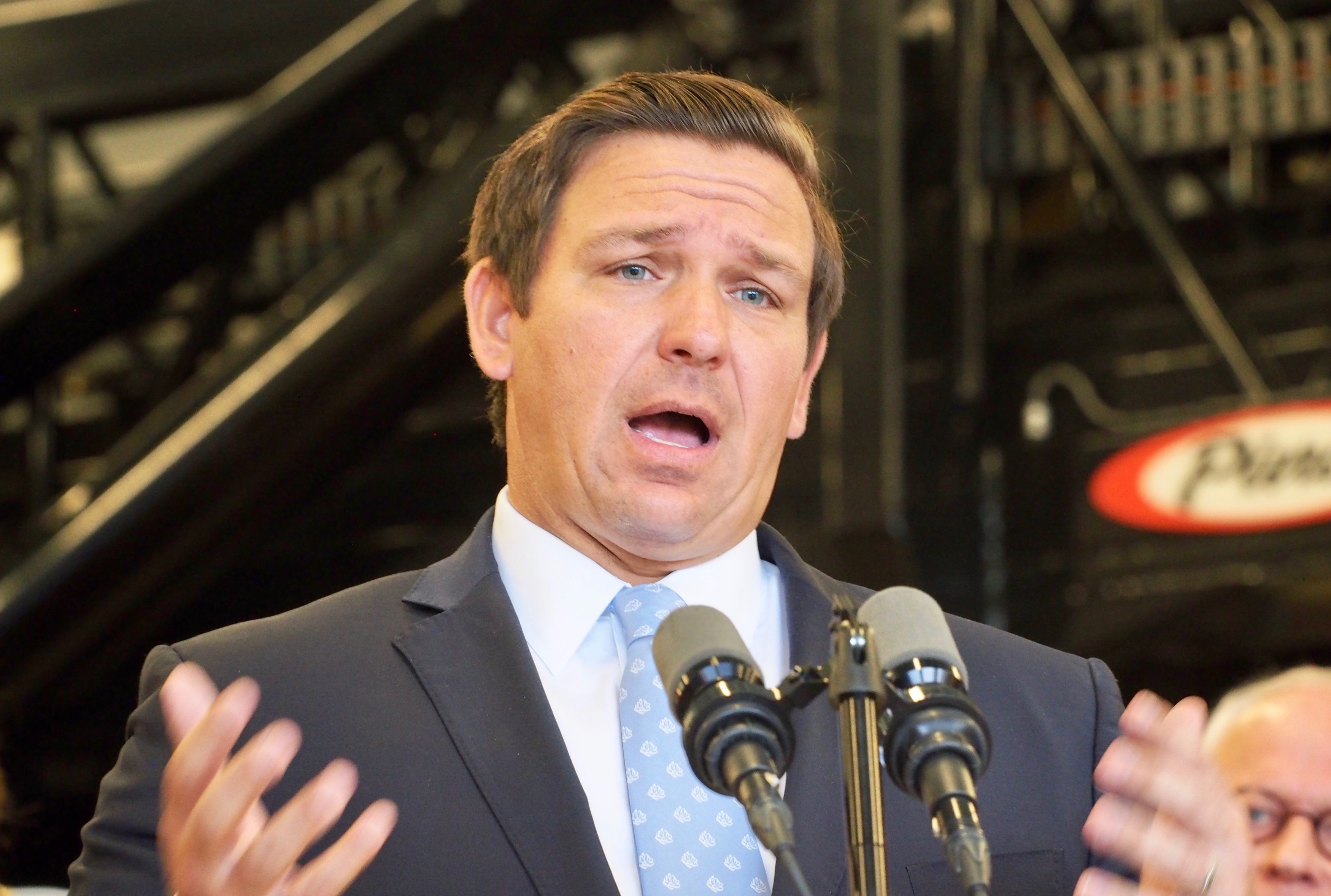 The Governor shared his insights with Tucker Carlson.

Gov. Ron DeSantis appeared on Fox News Monday night, the day after a 60 Minutes story critical of him was championed by his critics, but slammed on the right.

Appearing on Tucker Carlson‘s 8 p.m. show, DeSantis was given a forum to push back against pay-to-play charges levied Sunday, and the Governor delivered, saying the segment was a “smear,” motivated by “malicious intent,” with the intent of driving a “conspiracy theory.”

The story, by correspondent Sharyn Alfonsi, suggested there was a possible link between the donation and the state’s partnership with Publix stores for vaccine distribution — a serious issue of foul play, if true.

“They didn’t tell you that,” DeSantis said. “It didn’t fit the narrative. They don’t believe in facts. It was a political narrative. It was done with malicious intent and a reckless disregard for the truth.”

DeSantis said that 60 Minutes avoided talking to “key Democrats” such as the aforementioned county Mayor Dave Kerner and Division of Emergency Management head Jared Moskowitz because they would “blow up their narrative.”

In a Sunday night tweet directed at “60 Minutes,” Moskowitz wrote, “I said this before and I’ll say it again. [Publix] was recommended by [Florida Division of Emergency Management] and [Florida Department of Public Health]. Period! Full stop!”

Kerner offered a similar sentiment in a Monday statement.

“I watched the 60 Minutes segment on Palm Beach County last night and feel compelled to issue this statement,” Kerner said.

Publix also issued a statement to criticize the assertion, but the supermarket chain did not mention “60 Minutes” by name.

“The irresponsible suggestion that there was a connection between campaign contributions made to Gov. DeSantis and our willingness to join other pharmacies in support of the state’s vaccine distribution efforts is absolutely false and offensive,” Publix said Monday.

“They put their head in the sand and pretended those facts didn’t exist,” DeSantis groused.

The Governor went on to further condemn what he contends was a long-term investigation that bore little fruit.

“Obviously they were in Florida for three months, 60 Minutes, trying to dredge up any dirt they could use to smear me, and the best they could come up with was a baseless conspiracy theory that’s easily debunked, not just by me, which they had to edit out, but by two very prominent Democrats in the state of Florida.”

A spokesperson for “60 Minutes” defended the story the news magazine aired.

In a brief statement, the spokesperson focused specifically on criticism “60 Minutes” received for not airing a portion of an encounter DeSantis had with Alfonsi at a news conference in which he pointed out to her that CVS and Walgreens — under a federal program — were the first pharmacies in the state to distribute vaccines.

“As we always do for clarity, 60 Minutes used the portion of the Governor’s over 2-minute response that directly addressed the question from the correspondent,” the spokesperson said.

The spokesperson also said that the program asked for an actual interview with DeSantis twice, but that he declined.

For DeSantis, who has had a running critique of the corporate media, the excesses and the missed opportunities of the 60 Minutes piece are just grist for the mill. For a conservative media thirsty for an avatar in a post-Trump world, Florida’s governor going toe to toe with a centerpiece of the media establishment will continue to dominate coverage for days to come.

Material from The Associated Press and CNN was used in this post.

previousSunburn — The morning read of what’s hot in Florida politics — 4.6.21