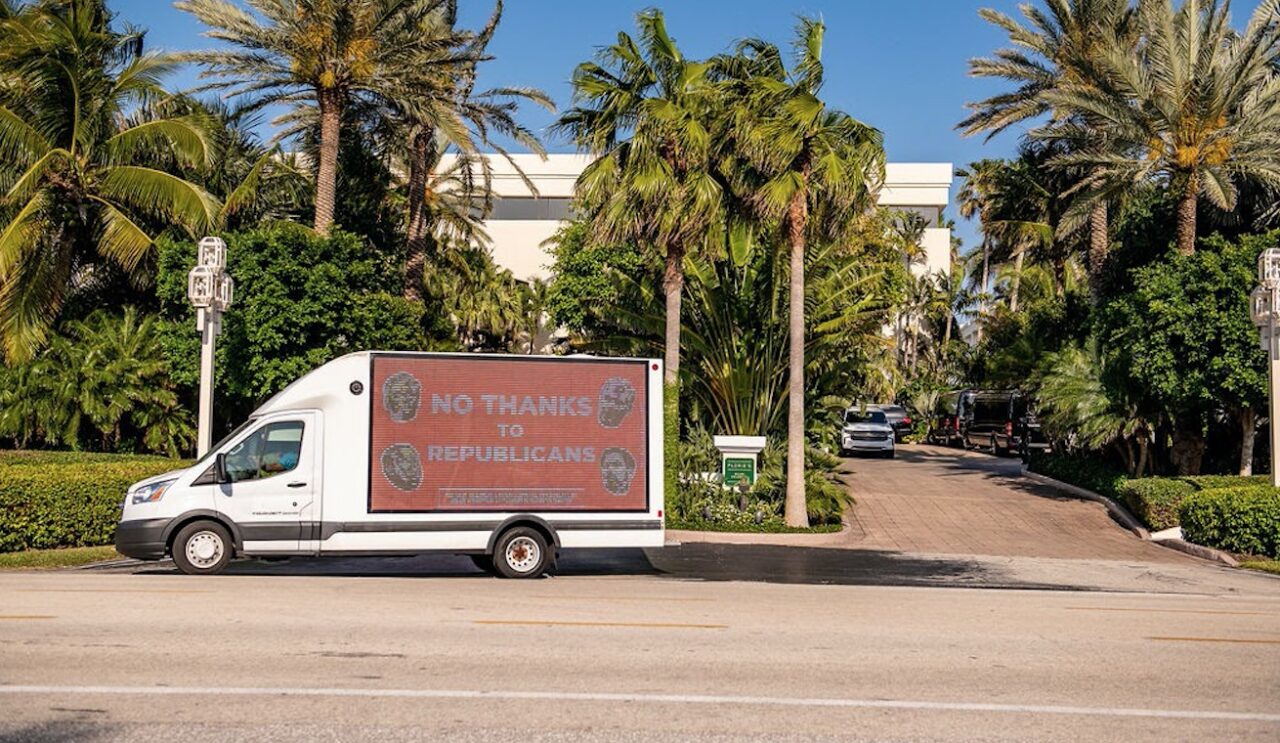 As Republican leaders and big-money donors meet in Palm Beach this weekend, Democrats are out front trolling them with a rolling billboard.

The Republican National Committee has gathered an invitation-only group  including Gov. Ron DeSantis and Sen. Marco Rubio and Rick Scott at the Four Seasons Hotel, with a side trip to former President Donald Trump‘s Mar-a-Lago resort four miles away, where Trump plans to address them Sunday.

The Democrats’ digital billboard-sided van is rolling messages that include President Joe Biden‘s COVID-19 vaccine program theme “Help is Here”, “Thank You Joe Biden & Democrats”, “No Thanks to Republicans”, and “Hold Republicans Accountable.” The latter two messages include pictures of various Republican Senators including Rubio and Scott.

“Nothing is more indicative of the sorry state the Republican Party is in than a bunch of mini-Trumps hanging out at Mar-a-Lago for their own version of the Apprentice,” Democratic National Committee spokesperson Ammar Moussa said in a news release. “While Republicans hobnob, President Biden and Democrats are delivering for everyday Americans, putting vaccines in arms, money in pockets, and bringing normalcy back.”

The weekend’s agenda was intended to focus on party unity and how to expand the GOP.

RNC member Henry Barbour, who helps lead the committee’s small-dollar fundraising apparatus, suggested the retreat was not set in Palm Beach to cater to Trump. He noted that such events are typically held in states such as Florida, New York, California and Texas.

With COVID restrictions, Barbour said, “The RNC has limited options.”