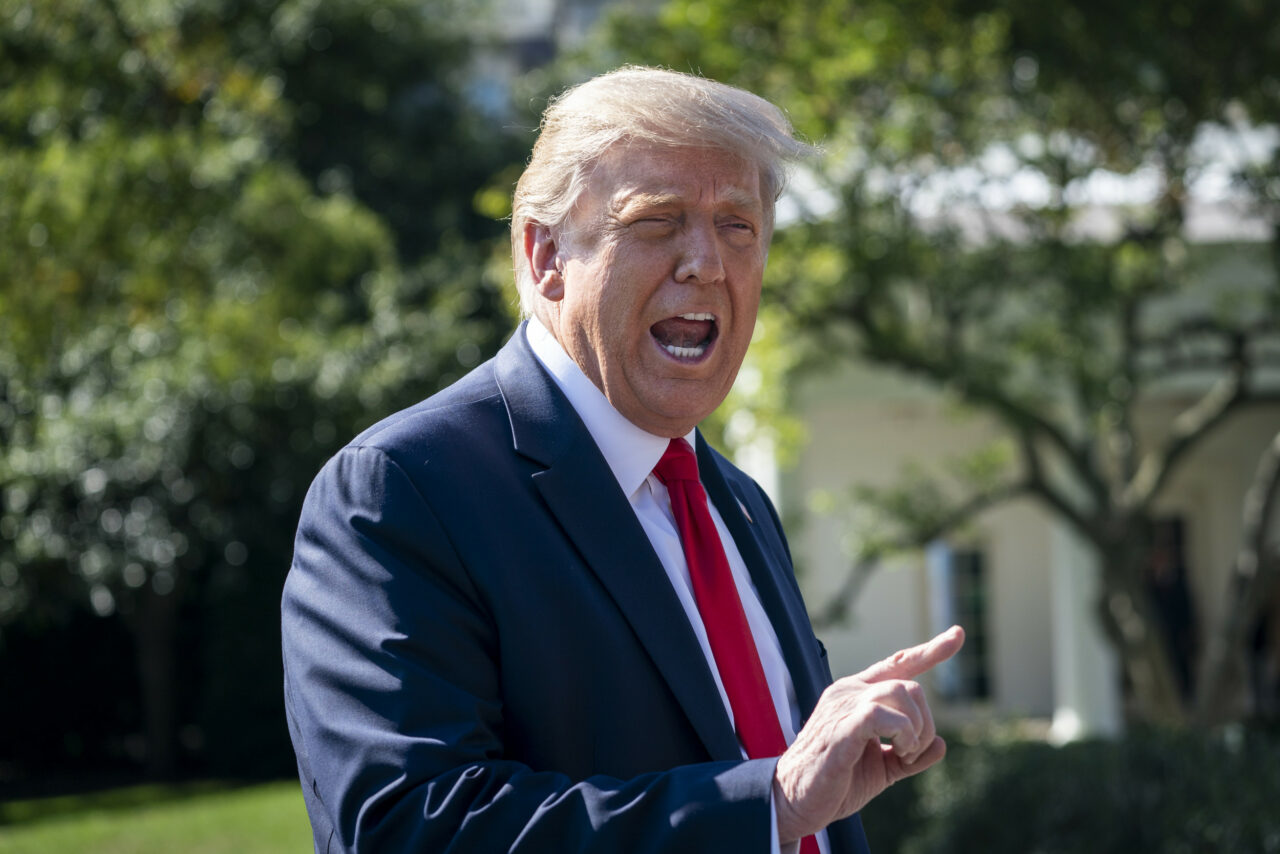 Trump contends GOP appeal to working class voters is through him.

Former President Donald Trump staked his claim to the Republican Party in a closed-door speech to donors Saturday night, casting his populist policies and attack-dog politics as the key to future Republican success.

Trump also reinforced his commitment to the GOP in his address, according to prepared remarks obtained by The Associated Press, which comes as Republican officials seek to downplay an intraparty feud over Trump’s role in the party, his commitment to GOP fundraising and his plans for 2024. While Trump’s advisers report he will emphasize party unity, he rarely sticks to script.

“The key to this triumphant future will be to build on the gains our amazing movement has made over the past four years,” Trump told hundreds of leading Republican donors, according to the prepared remarks. “Under our leadership, we welcomed millions upon millions of new voters into the Republican coalition. We transformed the Republican Party into a party that truly fights for all Americans.”

The former president delivered his remarks behind closed doors at his Florida resort, Mar-a-Lago, in the final address of the Republican National Committee’s weekend donor summit in Palm Beach. Most of the RNC’s invitation-only weekend gathering was set at a luxury hotel four miles away, but attendees were bused to Trump’s club for his remarks.

In his remarks Friday night, Cotton leaned into the GOP’s culture wars, attacking the Democrats’ positions on transgender youth, voter ID laws and Major League Baseball’s decision to move its All-Star Game to protest Republican voting laws — just as Trump does in his prepared remarks.

While a significant faction of the Republican Party hopes to move past Trump’s divisive leadership, the location of the weekend gathering suggests that the GOP, at least for now, is not ready to replace Trump as its undisputed leader and chief fundraiser.

Trump’s team reports that his remarks are intended to reinforce his continued leadership role in Republican affairs, a sharp break from past presidents.

Despite Saturday’s intended message, Trump’s commitment to the GOP is far from certain.

Earlier in the year, he raised the possibility of creating a new political party. And just a month ago, Trump’s political action committee sent letters to the RNC and others asking them to “immediately cease and desist the unauthorized use of President Donald J. Trump’s name, image, and/or likeness in all fundraising, persuasion, and/or issue speech.”

GOP officials have repeatedly tried to downplay the fundraising tensions and see Trump’s participation as a sign that he is willing to lend his name to the party. At the same time, Trump continues to aggressively accumulate campaign cash to fuel his own political ambitions.

Trump did not attack Cheney or McConnell — or any Republicans — in Saturday’s speech, at least according to his scripted remarks.