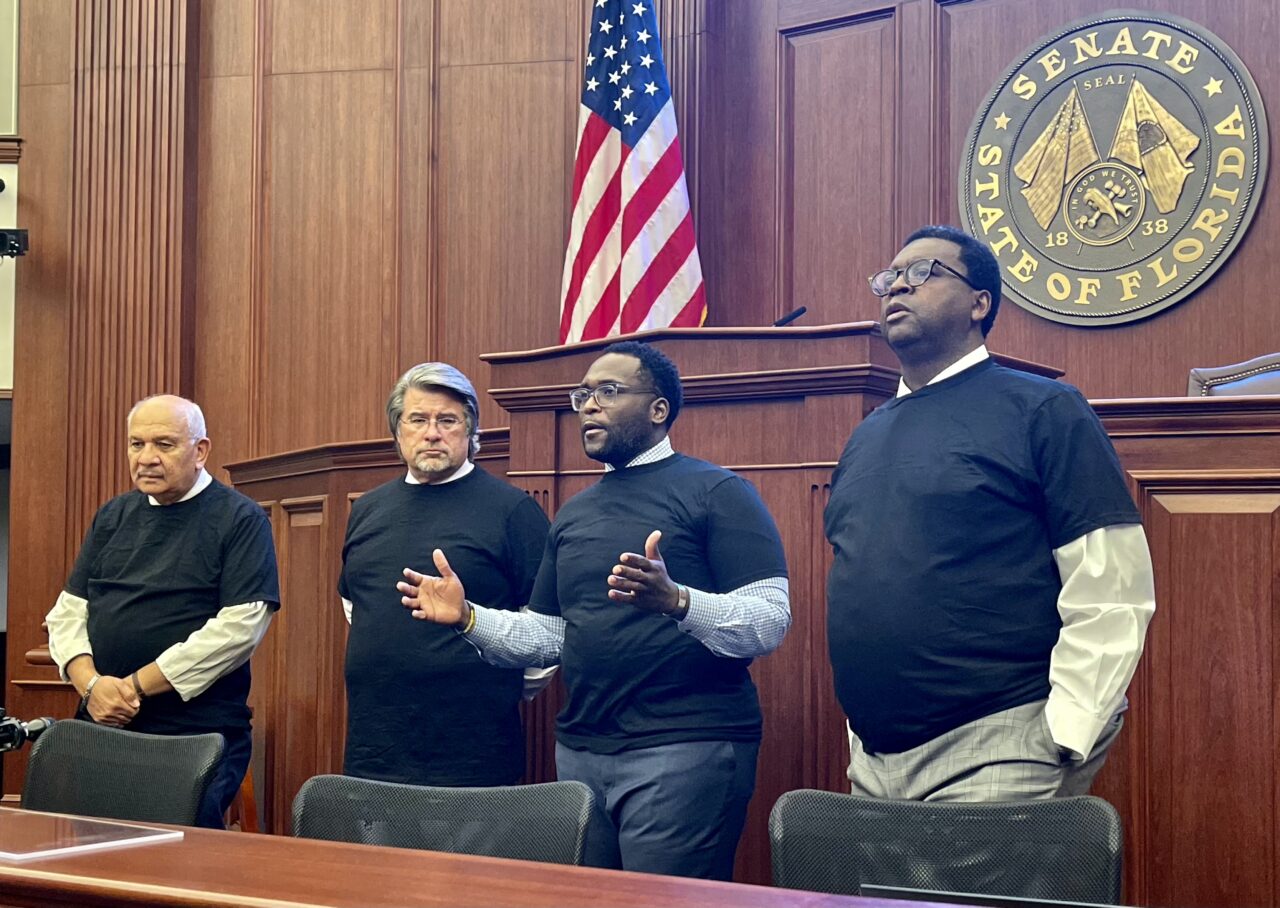 Senate Democrats are calling on the business community to take action after Florida Republicans passed a bill Thursday that would increase penalties against unlawful protestors and rioters.

Speaking to reporters on the Senate floor after the vote, several Democratic lawmakers decried the bill (HB 1) as racist and unconstitutional. Together, they donned black shirts to symbolize the mourning of free speech and pointed to the business community to leverage their economic power.

“Many businesses said that they would be supportive of the issues,” said Minority Democratic Leader Pro Tempore Bobby Powell Jr. “[That] they recognized the pain and the suffering that some of us in the Black community were feeling. Now is the time to step up.”

The call-to-economic-arms comes less than an hour after the Senate passed the bill almost along party-lines. Only one Republican, Sen. Jeff Brandes, broke ranks.

Farmer said some Democrats planned to wear black shirts during the Session. Republican leadership, however, shut it down.

“This bill is nothing more than a piece of political red meat,” said Minority Democratic Leader Gary Farmer. “It’s been forced upon these chambers by the Governor. This Trumpian disciple who seeks to stamp out and thwart the voices of the people.”

Among other provisions, the measure would require someone arrested during an unlawful assembly to remain in jail until first appearance.

Speaking alongside Thurston, Sen. Victor Torres contended that businesses owe it to their customers and employees to take a position.

“We’re not telling them what position to take, but I think that they should be mindful of the fact that these are the people that are their customers,” Thurston said.

“They’re ready to do it,” Jones said.

The collective vowed to continue pressing against the legislation.