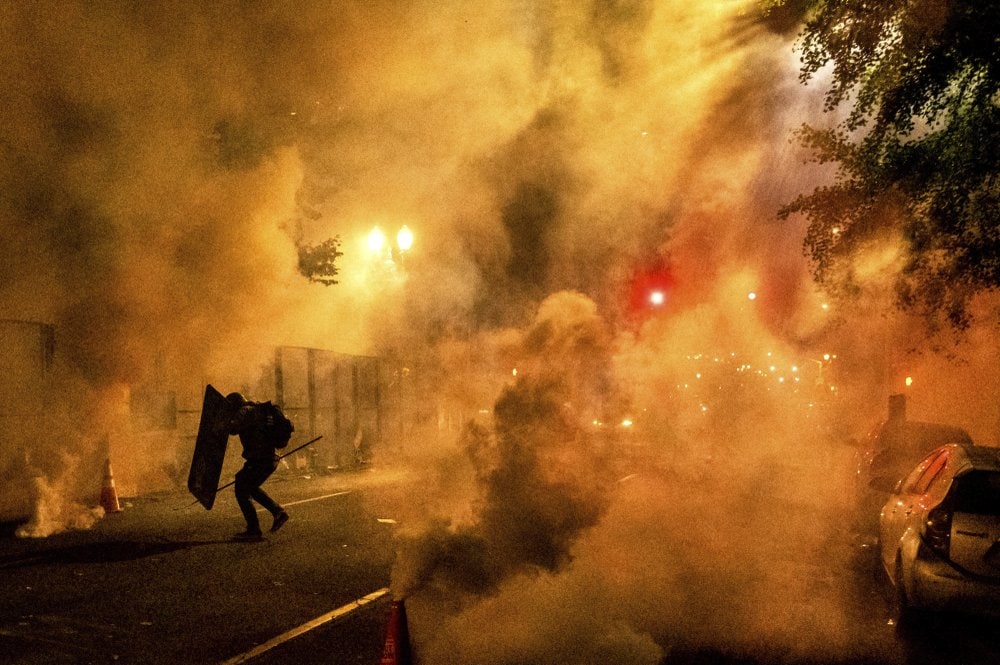 Senate Democrats threw all they had at the bill, with no success.

Despite staunch and widespread opposition, Florida Republicans shipped a bill to Gov. Ron DeSantis that would harshen penalties against rioters in Florida.

After hours-long debate, the Senate OK’d the measure (HB 1) 23-17, marking the end of a months-long legislative battle over the bill. Republican Sen. Jeff Brandes stood as the sole lawmaker to break party-ranks.

Throughout the process, Democrats threw all they had at the bill.

Collectively, they filed more than 40 amendments and hosted or appeared at numerous press events. And though knowingly outnumbered Thursday, Senate Democrats mounted a final stand.

Among them, it would intensify several criminal and civil penalties against rioters while also creating a new penalty called “mob intimation.”

Critics including Democratic Sen. Perry Thurston warned the enhancements are too harsh, unneeded and will disproportionately impact minorities.

The bill would also allow state leaders to overrule a municipality’s decision to cut a police department’s budget. Under that provision, a state attorney or council member can appeal a budget cut to the Governor and Cabinet.

“I don’t want to defund the police,” Democratic Sen. Jason Pizzo said after encouraging better police training. “Not at all. I think we should have more police.”

DeSantis announced his vision for the bill in September after a nationwide spree of riots and protests spurred by fatal police interactions including the high-profile police killing of George Floyd in Minneapolis.

In all, vandalism and looting throughout 140 U.S. cities resulted in $1 billion to $2 billion of paid insurance claims during the demonstrations, Axios reported.

The bill’s timing is a point of contention.

“I believe this bill is vindictive,” Democratic Sen. Aubrey Gibson said, alleging the bill is directed at the Black Lives Matter movement.

Proponents, meanwhile, contend the measure is needed to protect law enforcement and law-abiding citizens. They point to cities who experienced dramatic unrest including Kenosha, Seattle and Portland. They also cite several incidents in Florida.

“I hope there’s a day where we can come together and say that is wrong,” said Republican Sen. Kelli Stargel. “The deaths that occurred during these protests, the fires that happened, the looting that happened. That is wrong.”

“If I thought you filed a bill that had any racial intent, I’d run you out that door,” Republican Sen. Ed Hooper said.

“I wish to God that I didn’t stand here with this heavy of a heart and feel like this was necessary,” Burgess concluded.