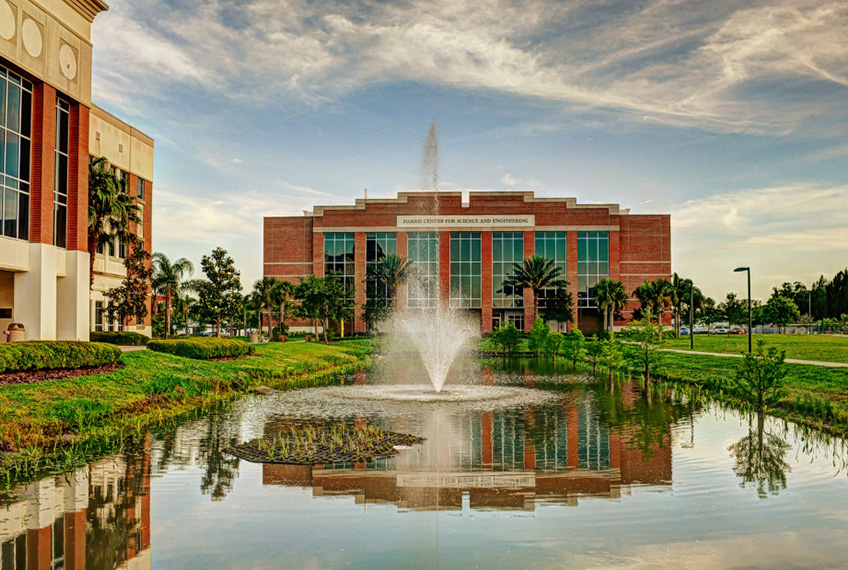 For more than 60 years, Florida Tech has helped educate and produce the workforce of tomorrow.

Brevard County is the Silicon Valley of space, according to Gov. Ron DeSantis.

From legacy operations to cutting-edge start-ups, these companies are planning and demonstrating the future of space, aviation and technology every day from their facilities across the Space Coast.

All this innovation needs a power source, of course, and located in amid this high-tech business hub is a major outlet: Florida Institute of Technology.

For more than 60 years, the private university known as Florida Tech has helped educate and produce the workforce that these top aerospace and technology companies require. With alumni like Joe Bussenger, lead engineer at SpaceX, and soon-to-be graduates like Josh Connolly, a computer engineering major who launched Florida Tech’s cybersecurity competition team, the university has helped prepare industry-altering professionals for their future careers.

And as it has grown, so, too, has its collection of accolades.

It’s also the only Florida school — and one of just 17 universities nationwide — on The Fiske Guide to Colleges Top Technical Institute for engineering list and among the top 5% of 20,000 universities from around the world, according to the 2020-21 World University Rankings from the Center for World University Rankings, considered the largest academic ranking of international schools.

The private university is currently educating 3,300 undergraduate and 1,600 graduate students in engineering and science; aeronautics; psychology and liberal arts; and business, across its 2.1-million-square-foot campus in Melbourne. But the university has plans to expand.

The latest project is set to open in late 2021.

The $18 million, 61,000-square-foot Health Sciences Research Center will focus on biomedical engineering and sciences to help meet the expected surge in those fields in the coming years.

The university’s programs and infrastructure are setting Florida Tech students up for success after graduation, with 95% of recent graduates finding a job or entering graduate school. And when they enter the workforce, more than half (55%) decide to stay on the Space Coast.

Florida Tech students do well in another key metric: salaries.