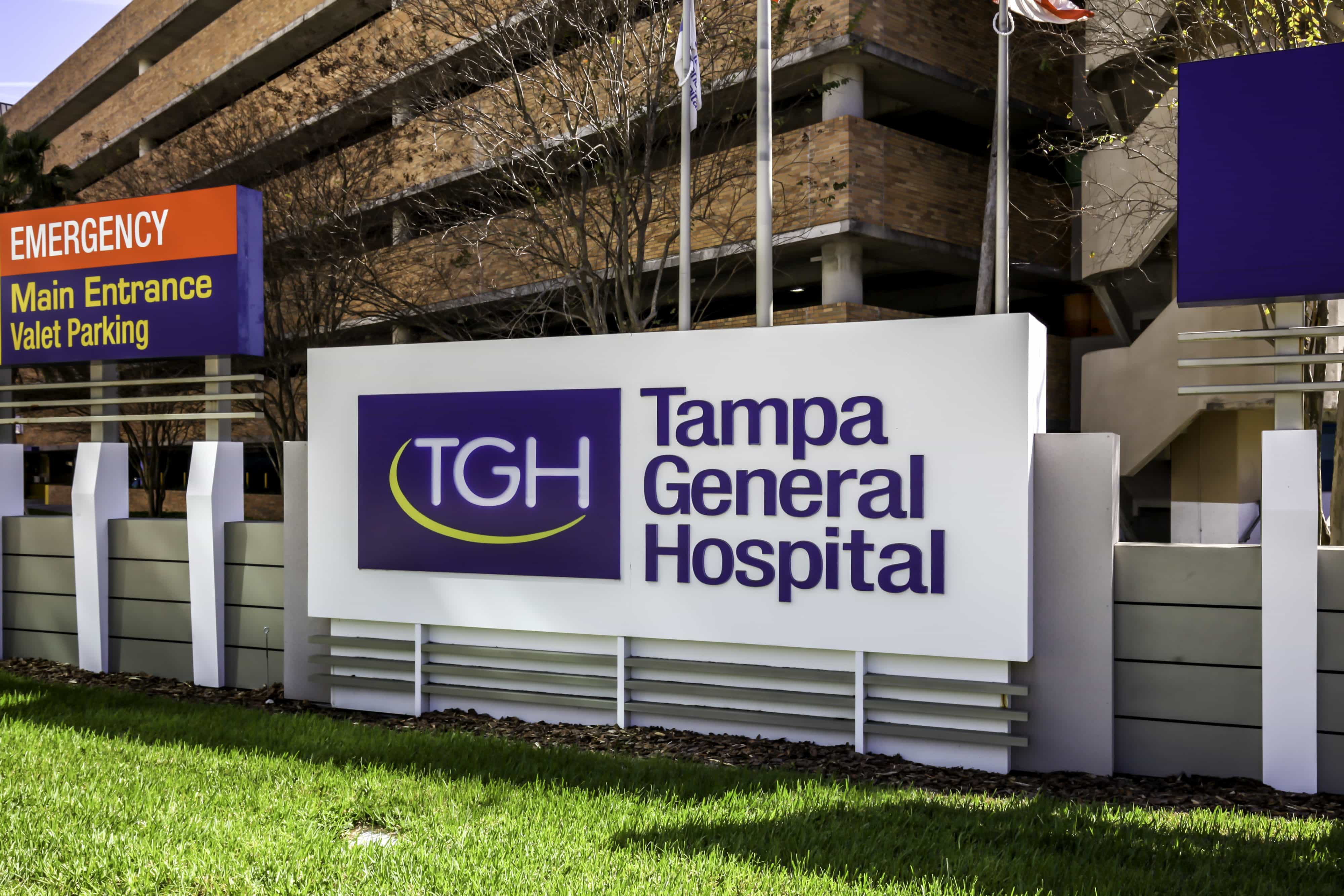 Tampa General’s reputation has also earned the attention of state and federal officials.

Tampa General Hospital is looking increasingly like Tom Brady — a GOAT (greatest of all time) of health care champions.

This month, Newsweek magazine named TGH among the Top 100 hospitals in the United States, putting yet another Super Bowl ring on its finger.

But this latest accolade is just the latest.

For the fifth consecutive year, TGH was also recognized as the highest-ranking hospital in Tampa Bay by U.S. News & World Report, with a national ranking in five specialties including the highest in the state for Cardiology & Heart Surgery, Gastroenterology & GI Surgery and Orthopedics.

In addition, Becker’s Healthcare, a leading source of business and legal information for health care executives, named TGH to its 100 Great Hospitals in America for 2020 — for the seventh consecutive year.

These honors come as no surprise for anyone familiar with TGH’s steadfast commitment to quality, safety and innovation.

“Every day, we work as a team at Tampa General Hospital to be the safest and most innovative academic health system in America. Rankings such as these validate those efforts and show that we are on the right path,” Tampa General Hospital President and CEO John Couris said. “We are proud to be named a top-ranked hospital in Florida by Newsweek and thank our team members and physicians for their commitment to world-class patient care.”

Tampa General’s reputation has also earned the attention of state and federal officials.

Before the COVID-19 pandemic, Gov. Ron DeSantis stopped by to celebrate the opening of its NASA-style mission command center, which uses data to increase efficiency and improve patient outcomes.

By November 2020, just one year after it opened, CareComm delivered more than $40 million in real savings to patients and the community by reducing the length of hospital stays and improving patient outcomes.

Since the pandemic began, TGH has been on the front lines, literally:

— When the Florida Senate was looking for an expert to help design and implement its safety protocols for the current legislative session, it turned to Tampa General’s TPRO (TGH Prevention Response Outreach) services, which have also supported the safe, effective reopen strategies for the Florida Aquarium, The Straz Center for the Performing Arts, The Tampa Bay Lightning and TECO Energy.

— When the first vaccine arrived in Florida, DeSantis was there to sign for the FedEx package, just moments before it was administered to a front-line nurse.

Now, TGH is getting much-deserved national credibility, too, as the top-ranked Tampa Bay area hospital.

Only two other Florida medical facilities appear in Newsweek’s Top 100.

So, who gets the championship ring? TGH leaders consistently credit the front-line team as the reason for their success. Earlier this week, to recognize the anniversary of COVID-19, TGH released a video honoring the commitment and sacrifice of the doctors, nurses and workers on the front lines.

— Quality Data: Data on quality of treatment, hygiene measures, and patient safety from a variety of public sources was collected and reviewed.