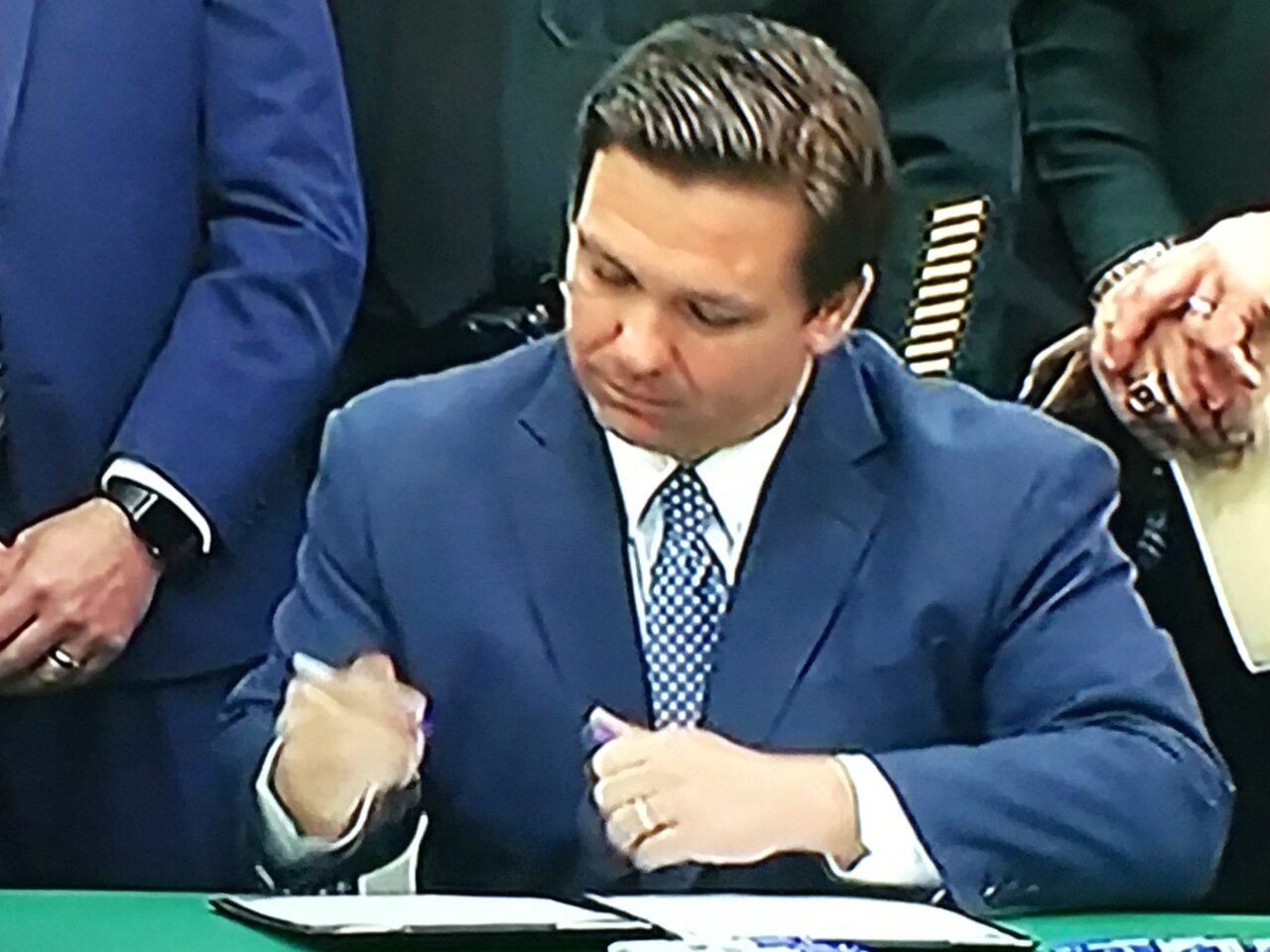 While Gov. Ron DeSantis took another victory lap Monday at the signing of the so-called anti-riot bill he championed, the mood was different about 1,600 miles away in Minneapolis.

That’s where lawyers made their closing arguments in the murder trial of disgraced former Minneapolis cop Derek Chauvin. You know what he did. Everyone knows what he did.

There was backlash about Chauvin’s felonious handling of George Floyd across the United States. Officer Chauvin was just keeping law and order, right? If not for the presence of bystanders armed with cell phone video, he might still be on patrol today. Floyd’s death ignited fury.

Yes, people protested in Florida, too, and some of it got ugly.

There were many arrests and prosecutions for those who destroyed property. Laws carrying serious punishment for such behavior were already on the books, but that didn’t matter.

We didn’t need this new law, but we have it anyway.

DeSantis made a calculated political decision to criminalize outrage, even when the outrage is about something as horrific as what Chauvin did. It’s directed primarily at Black Lives Matter activists, and we all know that. The racial dog whistle throughout all this might as well have been a bullhorn.

Predictably, the Governor got it through the Legislature and, flanked by officers and a who’s who of today’s Republican leadership, DeSantis signed the bill into law.

And what a law it is.

Well, yeah. The reason nothing is even close might be that pesky thing called civil rights.

This law includes something called a “mob intimidation” rule. It’s now a first-degree misdemeanor for a group of three or more to attempt to change someone’s viewpoint through violence or, hmm, the threat of violence.

Violators face a sentence of up to one year if convicted of threatening violence.

What constitutes a threat, though?

A knee on the neck for more than nine minutes?

Is it a threat when someone enters a clinic for a legal abortion while bystanders yell that they’re going to burn in hell for eternity?

Under this law, it might be. Many abortion-rights activists say they endure taunts like that nearly every day. Sometimes, the yelling comes from a large group, but other times it might just be three people trying to change their viewpoint.

Something tells me, though, DeSantis didn’t have that kind of protest in mind.

The law requires those arrested to stay in jail without bail until their first court appearance. That’s another squirrely aspect of a bill that is loaded with legal land mines.

Last summer, two Tampa Bay Times reporters were detained while trying to cover the protests and zip-tied by police — one in St. Petersburg and one in Tampa. The reporters had proper identification and a perfect right to be where they were.

An officer on a bicycle knocked down Divya Kumar, one of the reporters covering the protest. Images show that she presented her clearly visible press badge. She said the officer told her he didn’t care.

Ultimately, the police didn’t arrest either reporter. Still, those incidents show what can happen if officers decide to zip-tie first and ask questions later. Except now, thanks to DeSantis and GOP lawmakers, a person in that situation might have to stay in jail for a few days until they get a court hearing and bail.

“The problem with this bill is that the language is so over-broad and vague … that it captures anybody who is peacefully protesting at a protest that turns violent through no fault of their own,”  Kara Gross, the legislative director at ACLU Florida, told the Orlando Sentinel. “The whole point of this is to instill fear in Floridians.”

Yeah, but DeSantis gets to put on his he-man pants as the 2022 election approaches, so it’s a wash.

It’s weird, though. DeSantis was so concerned with protecting individual rights that he wouldn’t issue a statewide mask mandate in a pandemic. But he beamed when signing a law with a good chance to violate those same rights he professes to embrace.