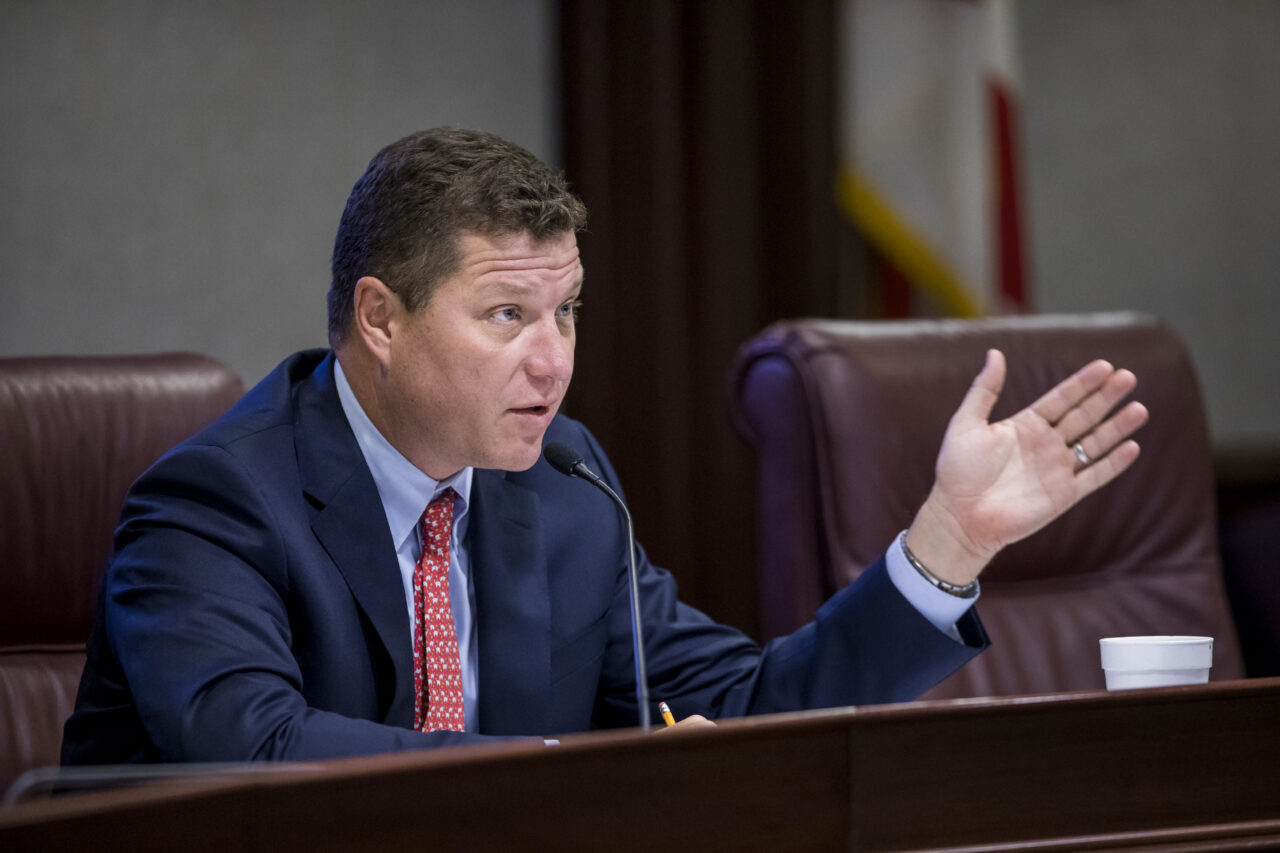 The bill would create a public records exemption for university and college president applicants.

A proposal that would provide a public records exemption for information about applicants seeking a state university or college presidential position advanced through its final Senate committee Tuesday.

St. Petersburg Republican Sen. Jeff Brandes sponsored the bill (SB 220). He presented it to the Senate Rules Committee, where it passed 7-4 along party lines.

The bill would create a public records exemption for information about applicants to become university and college presidents, though information about finalists for the posts would be available. The bill’s goal is to encourage a broader pool of applicants who may have shied away from applying because of the public records, which could allow their current employer to access their application.

“The simple truth is, this is actually going to really help the universities grow and have a much more diverse applicant (pool) of top talent from around the country,” Brandes said. “There’s a reason this bill comes back year after year.”

The bill led to a heated public testimony, with most individuals speaking against it, including the Florida AFL-CIO and United Faculty of Florida.

“We have, for years, opposed attempts to hide the process of hiring our presidents,” said Karen Morian, president of the United Faculty of Florida. “We know that these presidents will control billions of state funds, that they will have to do so in the sunshine, and we question why they would want to be hired in secrecy.”

Concerns among those who testified ranged from the lack of transparency to the potential of impacting minority applicants, precluding the public from information and exempting details like race, ethnicity and gender.

Florida State University’s chapter of United Faculty of Florida, which has appeared at prior hearings for the bill, waived in opposition, along with several retired and current faculty members of universities across the state. The First Amendment Foundation has previously spoken out against the bill but did not appear at Tuesday’s meeting.

Part of Brandes’ defense of the bill is that it will reduce the use of headhunting firms used to find applicants. But, others are not so sure.

“I don’t believe there’s anything in this bill that eliminates the headhunting firms from continuing in this process,” Pamela Marsh, executive director of the First Amendment Foundation, said at the bill’s second hearing. “They do shroud the process in secrecy to some point, but to limit by state law the number of finalists to no number, so we could have just one finalist, really shrouds the whole process in even greater darkness.”

“I think we heard some very meaningful and compelling testimony here today about why we have these search processes open to the public,” Farmer said. “We don’t want favoritism; we don’t want political cronyism, we don’t want people getting chosen to be a college or university (president) because they’ve agreed to do something else, or because they’ve been part of some other trade-off, or because of any one of a myriad of issues.”

Ocala Republican Sen. Dennis Baxley spoke in support of the bill, arguing that it would bolster the applicant pool in the university system.

“There’s many people that might explore this process, but they’re not ready to have their name and their search engagement exposed to all the world,” Baxley said. “I think without this kind of reasonable boundary to start the process; you’re going to severely limit anybody wanting to put themselves out there in the open market.”

The Florida State University System waived in support of the bill.

Brandes mirrored Baxley’s sentiments in his closing, once again emphasizing that the exemption will enhance the applicant pool.

“We want the broadest pool of applicants to apply in Florida,” Brandes said. “I think this actually increases diversity; I think it actually incentivizes people to go and apply for these types of positions that today would be scared to because they know that immediately their information is going to be in a public record.”

Lawmakers have filed such proposals in the past, but have faced heavy opposition from open-government advocates. The House passed a version of the bill during the 2020 Session, but it did not clear the Senate.