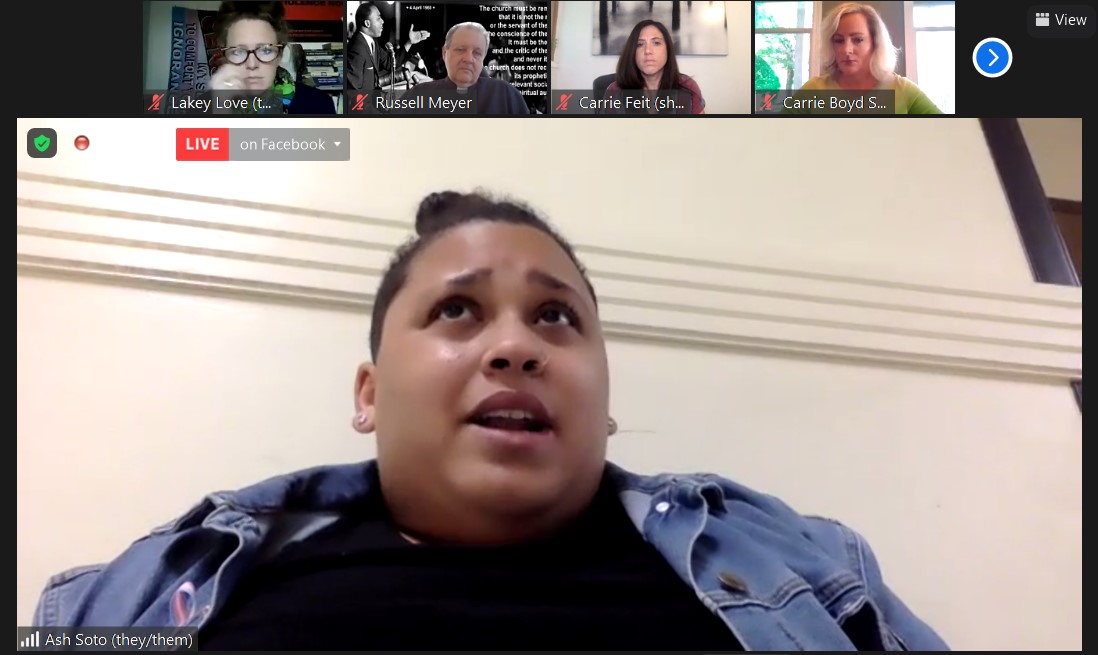 “It asks parents to harm their own children."

Ahead of the Senate’s approval Thursday of a parents’ bill of rights, transgender advocates labeled the legislation a “targeted attack on the LGBTQIA+ community.”

In a news conference organized by the Florida Coalition for Transgender Liberation, religious leaders, parent groups and transgender youth universally sounded alarms on the innocuously named bill (HB 241). And while they were at it, the activists made clear they remain on the lookout for the return of a bill impacting transgender athletes that appeared to die this week.

Carrie Boyd of the Southern Poverty Law Center said the number of procedural hijinks pulled this Session makes her concerned about bills arriving on the floor even without committee votes. That seemed a clear allusion to a co-called anti-riot bill allowed to bypass the Senate Criminal Justice Committee.

“This Legislature is drunk with power,” she said. While Boyd hopes the transgender sports bill indeed has been put to rest for this Session, she promised organizations will remain vigilant.

But activists also seemed to signal passage of a parental rights bill as a foregone conclusion despite fears among youth and activists.

Carrie Feit of the National PTA and the Florida Women’s March said she reads the bill as almost a directive to school districts to establish policies that could result in an outing of students.

The fear activists have is that the bill makes clear parents have the right to all medical and personal information about their children’s activities while at school. That could mean a student who has come out as gay, transgender or gender-nonconforming at home could have that information disclosed.

“It is requiring schools to report all information about students to parents regardless of the climate at home and regardless of consequence that await them there,” Feit said.

Ash Soto, a nonbinary student, said their first emotion when hearing about the bill was fear.

“Most LGBTQ+ youth end up getting kicked out of their own homes, and their friends’ parents end up taking them in,” Soto said. The legislation effectively requires schools to keep parents abreast of a shunned child.

Lakey Love, with the Florida Coalition for Transgender Liberation, pointed to a survey from the National Coalition for the Homeless in 2019 showing 40% of teens living on the street identify as transgender.

For the record, Sen. Ray Rodrigues, who carried the parental bill of rights in the Senate, has dismissed many of the concerns said the legislation simply collects existing statutes about parents’ rights in a single statute.

“What we are doing is putting them in one central location,” he said in committee, “so lay parents can find them.

That makes no sense on its face, Love noted: “There’s an awful lot of underlining” in the new language included in the bill.

Activists expressed concern on the call that this will empower some parents and grandparents to more actively assert themselves in school. Additionally, faculty may be fearful for their jobs if they do not report information shared in confidence at the school, violating a teen safe space.

Russell Meyer, a Jacksonville pastor with the Florida Council of Churches, said the bill could perpetuate a social problem of parents abusing their own children physically and emotionally.

“That’s what the parental rights bill does,” he said. “It asks parents to harm their own children. One has lost all moral compass when you push legislation like this.”