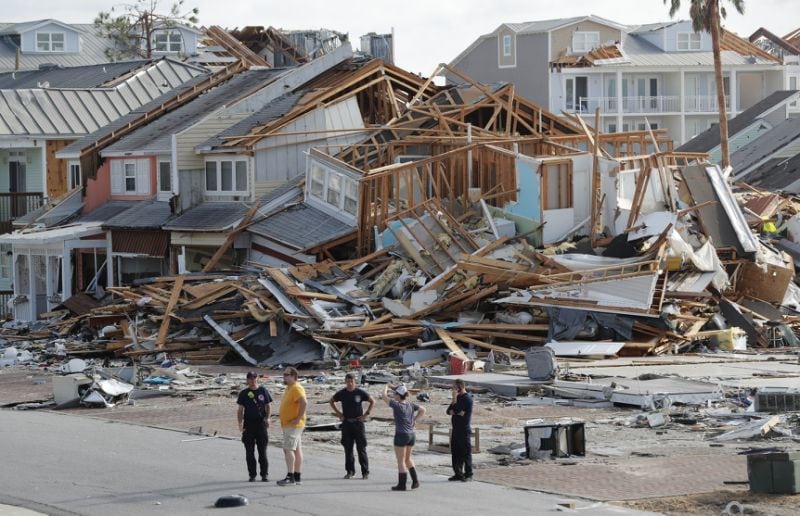 Provisions about attorneys' fees were added in the House Commerce Committee.

Changes to homeowners’ property insurance head to the House floor after winning support in a final committee stop.

In the last stop, Rep. Bob Rommel, the bill sponsor, introduced two significant changes. New language allows providers to offer roofing policies that don’t cover full replacement costs and instead cover the depreciated cash value of the roof. The bill as amended would also limit when courts can applier a multiplier on attorneys’ fees.

Rommel said every reform aims to stop an increase in premiums charged to consumers.

“Rates are rising 25% to 30% a year with no end in sight, and if we don’t do something rates will double in two years,” the Naples Republican said.

These provisions already exist in the companion bill (SB 76) passed by the Senate earlier this month, but a committee substitute in the Insurance and Banking Subcommittee dropped language about attorneys’ fees from the House version.

Rommel, though, said it was important to address the matter based on the high percentage of costs going to lawyers as opposed to clients. He said since 2013, some $15 billion has been paid out in insurance claims in Florida, but 71% of that has gone to attorneys.

Unlike the Senate bill, Rommel’s legislation allows for Citizens Property Insurance, the state-managed insurer of last resort, to raise rates by more than 10% a year. It gradually increases allowed hikes by 1% each year until the insurer can rise rates by as much as 15% come 2026. That’s about half the hikes happening among private insurers right now.

Rommel said the state insurer is taking on too many new clients, thousands each week. The legislation will make sure Citizens can appropriately raise its rates to handle increased costs and keep up with the market.

Rep. Joseph Geller, an Aventura Democrat, tried in committee to have the bill amended to mandate a freeze in insurance rates over the next six months.

Multiple survivors of Hurricane Michael testified that the bill approaches the wrong problems. Joe Busby, a Marianna homeowner, said he has been fighting with State Farm Insurance for two and a half years about storm damage to his home. After 36 years as a client, he said the company undervalued damage to his home. He now faces foreclosure on a home he hasn’t been able to live in for more than two years.

He suggested the problem in the market doesn’t stem from consumers suing providers but in providers not living up to commitments in the policy.

“I’ve been testifying  six or seven times to this, and I see nothing that helps the consumer in this bill,” he said.

Lawyers, many familiar with representing consumers taking insurers to court, said the reforms will be counterproductive. Larry Bache, an insurance claims attorney with Merlin Law Group, said dropping multiplier claims will incentivize attorneys to negotiate in bad faith to draw the settlement process out.

Hillary Cassel, a lawyer with Cassel and Cassel speaking as a member of the Florida Policy Holders Collective, also spoke against the bill. She has filed to run in House District 99 .

“The purpose of this legislation is to de-incentivize the bad actors,” she said. “I submit to you this legislation allows the insurance companies the benefit of denying claims from the beginning.”

She noted many individuals including Busby have been denied upward of $100,000 worth of claims but this bill will allow settlement negotiations and ranges to be set by insurance companies.

“This is going to result in large out of pocket expenses and does not de-incentivize the bad actors,” she said.

Democrats on the Commerce Committee seemed sympathetic to those concerns. “The problem is the imbalance is in favor of insurance companies and we are tipping it further,” Geller said.

But he said court costs remain the greatest contributor to rising insurance rates, pointing to an instance where a homeowner was awarded $35,000 in a court hearing and attorneys made $756,000 from the same case.

“We can see it,” he said. “The money is not going to clients. It’s going to attorneys.”