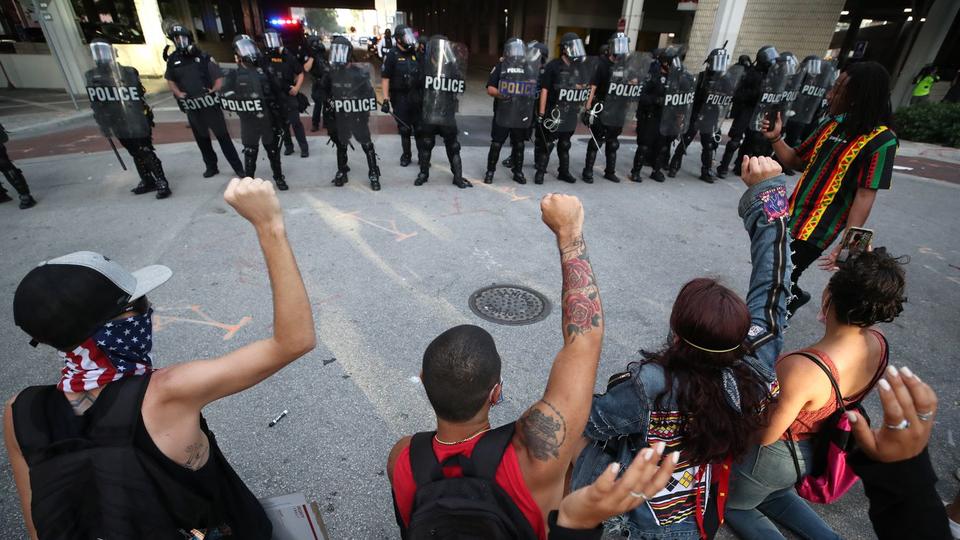 Lawmakers want to help build a bridge between police and the Black community.

The House has unanimously approved legislation to prevent excessive use of force by police officers.

Despite quick turnaround on the legislation, which wasn’t submitted until last week, the bill (HB 7051) is the product of months of negotiations between House leadership, the Florida Legislative Black Caucus and stakeholders like law enforcement.

Lawmakers throughout the committee process approved the measure, carried by Reps. Cord Byrd, a Republican, and Fentrice Driskell, a Democrat, unanimously.

“With House Bill 7051, we as a Legislature can work to build that bridge,” Driskell said. “That’s why the accountability measures and transparency measure in 7051 are so important, because those truly are the underpinnings of trust, and if we can build more trust between these two communities, that’s how we build a better relationship.”

Gov. Ron DeSantis signed that measure into law a week ago, the day before a Minnesota court convicted Derek Chauvin of killing George Floyd when he knelt on his neck in May. That killing sparked protests, some of which turned violent, that prompted DeSantis to ask for legislation.

Byrd, the police reform bill’s primary sponsor, has been working on that legislation since Ahmaud Arbery, a Black man, was shot and killed while on a jog in a Georgia neighborhood in February 2020. Three people were charged in his death.

“I remember saying, we need service, we need to be protected and we need to know that every law enforcement officer on the street is mentally healthy, astute and that they know not to use deadly force and not to use deadly chokeholds when they are not undeniably necessary,” Jacksonville Democratic Rep. Tracie Davis said.

Tampa Democratic Rep. Dianne Hart called the bill a step in the right direction toward fixing the state’s correctional system.

“This is a first step, but this is really a great example of what this process is about and what it could be, when we come together, and we start at one point, but we find some common ground,” added House Democratic Co-leader Bobby DuBose.

Amendments added Friday would clarify that law enforcement agencies could make more stringent policies, including banning chokeholds if they choose.

There is no direct companion measure on the Senate side. However, Senate President Wilton Simpson earlier this month told reporters he would reference that bill directly to one committee, as he did with the anti-riot bill. On Monday, Simpson said it would likely go to the Senate Rules Committee.

Senators have been working with the House on negotiating the policing deal, including Ocoee Democratic Sen. Randolph Bracy, he added. However, there’s still time in theory with one week left in the Session to bounce the

“I’ve let Senator Bracy and others work on that bill, and I believe the bill that will come from the house will be a very good product,” Simpson said. “I have not thoroughly studied that bill yet but I know that people will work very hard on it and I believe that’s something we”ll be supporting.”

nextFlorida Panhandle could get $10M from water projects list