AT&T readies for Hurricane Ian with ‘arsenal’ of equipment, personnel 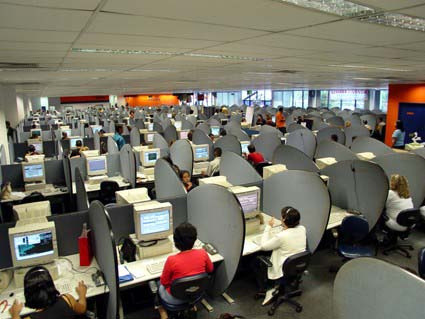 Smile and dial? They might be frowning in the call center if legislation passed in the House Wednesday that puts restrictions on overzealous telemarketers meets the approval of Gov. Ron DeSantis.

By a 115-0 vote, the House approved Sen. Audrey Gibson‘s SB 1120 that would restrict telephone solicitors to making three calls to the same number in 24 hours.

The Gibson bill, which passed the Senate already, was substituted for the identical House version, sponsored by Rep. Mike Beltran.

Beltran lauded CFO Jimmy Patronis, Gibson, and Sen. Joe Gruters as supporters of the bill. He also noted, in his close, that he actually got a pitch for an extended warranty while presenting the bill in committee.

The hope from Beltran and 114 of his colleagues is for a reprieve from nuisance calls, at least to a point.

Solicitation calls would be restricted to just 12 hours a day, between 8 a.m. and 8 p.m., seven days a week. The prohibitions apply to the traditional live calls, as well as auto-dial pitches, and text messages.

Violators would be subject to a penalty of up to $500, an amount tripled if the violation is judged to be willful.

According to the Senate Rules Committee analysis of the legislation, the bill may end up costing taxpayers, given the burdens of increased complaints from those with new recourse.

“The bill adds prohibited acts to the Florida Telemarketing Act. The department, as enforcing authority of the act, estimates that (it) may see an increase in consumer complaints and prosecutions as a result; it also states that it will be required to expand its rulemaking to allow for implementation of these changes. The department states that this may result in an indeterminate cost to the department.”

The private sector will also have to adjust.

“Businesses that make telephonic sales calls, text messages, or direct-to-voicemail transmissions either with an autodialer or for the purpose of playing a recorded message to a Florida consumer or to a phone with a Florida-based area code may have to adjust their businesses to accommodate this restriction.”

That Florida-based area code language is worth watching should the bill become law, per the same analysis.

“It is unclear whether the bill’s presumption regarding Florida area codes will have an effect on interstate commerce to an extent that has the practical effect of regulating commerce outside of Florida’s borders.”

The bill has powerful backing, as evidenced by this celebration of the Senate passage from CFO Patronis.

“As your CFO, I’ve made it my mission to crack down on fraud throughout Florida. We all know how disrupting telemarketing calls can be throughout the day. Unsolicited telemarketing calls have become an epidemic in our state, and it is time we put a stop to it,” Patronis said in a statement released to media last week.

“The fact is, these calls are not only extremely annoying, they can lead to fraudulent activity and even identity theft. I’m supporting legislation to fight back, protect Floridians and put an end to bad actors trying to make a quick buck.”

With the bill headed to the Governor, Patronis issued fresh remarks.

“With Floridians spending more time on their devices than ever before, criminals have pivoted to technology to defraud consumers. Unsolicited telemarketing calls are more than just a nuisance — they are a vehicle for fraud and scams nationwide,” he said.

“I was proud to champion this important bill that will help protect consumers and put an end to scam artists trying to prey on Florida families. A huge thank you to President (Wilton) Simpson, Speaker (Chris) Sprowls, Senator Gibson, Senator Gruters and Representative Beltran for working to protect Floridians.”