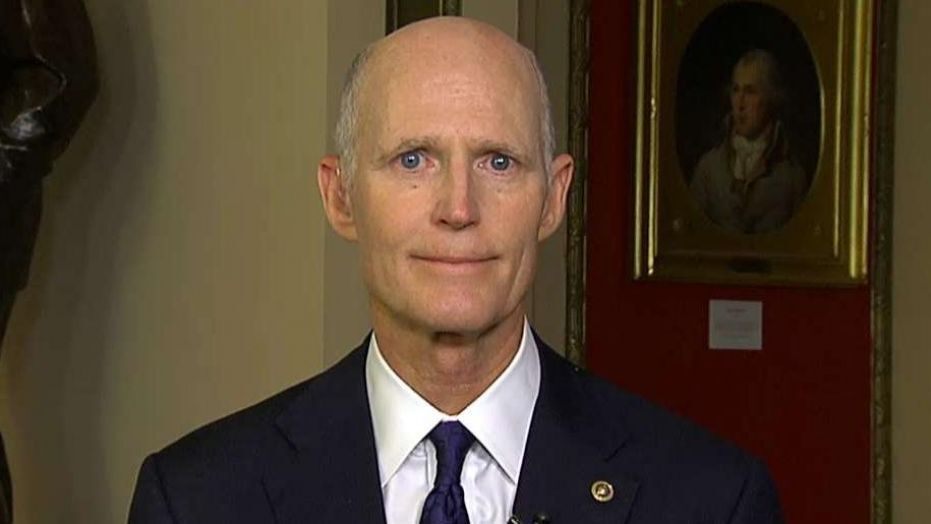 In the wake of the President’s first speech to Congress, U.S. Sen. Rick Scott accused President Joe Biden of not being honest about the cost of his spending proposals.

“If you want to sell something like this, be honest,” Scott advised on CBS News Thursday morning. “We’re going to spend a whole bunch of money, but your taxes are going to go up.”

“Be honest with the American public,” Scott continued. “You can’t just keep spending money with no accountability.”

The Senator also made sport of Biden’s call for a $15 minimum wage.

“I was surprised when he talked about a minimum wage that it wasn’t a million bucks. Give everybody a million dollars a year, guarantee everybody will be rich. I mean, this is just — he is spending us into oblivion. He’s bankrupting this country,” Scott fumed, noting as he has before $30 trillion of national debt.

“I was at the speech last night. He gave a nice talk about unity. But there’s no unity,” Scott said. “Unity for him means that we Republicans agree to spend and spend and spend.”

“I mean, it’s like, he’s going to pay for everything. He doesn’t want to talk about how it’s going to get paid for,” Scott added.

Scott condemned the speech Wednesday night in an extended statement in his capacity as head of the National Republican Senatorial Committee, the Senate’s campaign arm.

“As America works to dig itself out from the worst pandemic in a century, the big-spending, big-government agenda of Joe Biden and Senate Democrats is leading to inflation that hurts hard-working Americans. With gas and food prices on the rise, the Democrats’ solution is to double down on more spending, bigger government, and redistributing wealth. Their plans hurt low and fixed-income Americans the most, but they don’t care. It’s all part of their master scheme to grow dependency on the federal government.

“Democrats want to raise taxes on job creators so they can expand the size and scope of the federal government, doling out so-called ‘free money.’ The problem is that the money is never ‘free.’ The money Democrats want to use to play their liberal games is actually your money. They are grabbing it from your pockets, taking a cut for Washington, and giving the rest to liberal special interests, Silicon Valley, and corrupt Democrat politicians with unsustainable state and city budgets,” Scott asserted.

The Associated Press described the speech as “urging a $1.8 trillion investment in children, families and education that would fundamentally transform roles the government plays in American life.”

But for Scott and many Republicans, the devil’s in the details.

previousSunburn — The morning read of what’s hot in Florida politics — 4.29.21

nextRick Scott 'absolutely' wants cruises back, even if vaccine proof is required