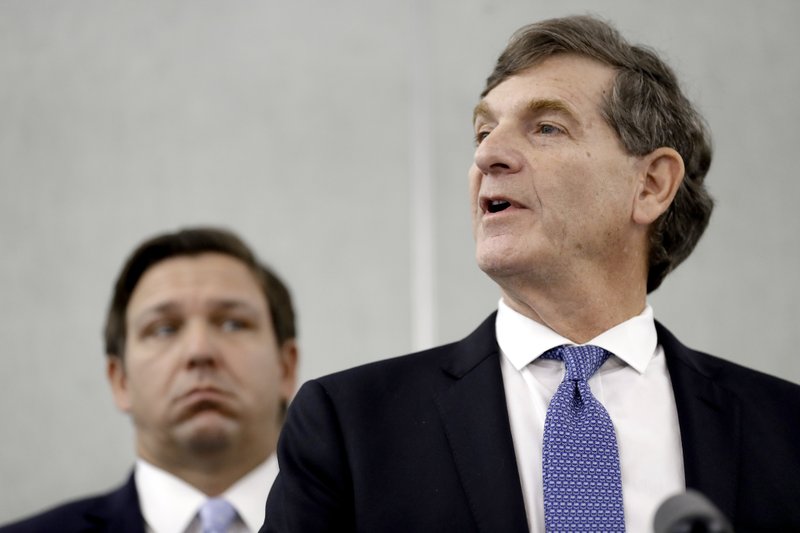 Vaccinated? You can lose the mask, Rivkees says.

As the Florida Legislature sped through last-minute dealmaking on the 59th day of the 60 day Legislative Session, the Surgeon General quietly pulled back most of the public health advisories issued relative to COVID-19 in the last year plus.

Included among the advice: a declaration that people who have been vaccinated (9 million as of now in the state) don’t need masks.

The Thursday afternoon memo from Surgeon General Scott Rivkees also said that in light of universal access to COVID-19 vaccinations, that government services should be in-person going forward, returning to a pre-pandemic normalcy.

Rivkees is keeping in place the public health emergency declared Mar. 1, 2020. But he is rescinding four subsequent orders. Included in that tranche was guidance last March relative to “protective measures for vulnerable populations, gatherings of private citizens, and density of the workforce,” and follow ups in June and July.

The language was loaded for a memo from the state’s Surgeon General, with clauses that seem targeted to a national political audience, and provide a potential indication of what the administration’s messaging strategy may be going forward post-Session.

Included were assertions that “continuing COVID-19 restrictions on individuals with no end in sight, including longterm use of face coverings and withdrawal from social and recreational gatherings, pose a risk of adverse and unintended consequences.”

“Fully vaccinated individuals should no longer be advised to wear face coverings or avoid social or recreational gatherings except in limited circumstances,” Rivkees urged. And state government offices “should be conducting in-person operations to carry out their duties and better serve Floridians.”

The Rivkees order cites as a turning point the state’s vaccination strategy. Using a Gov. Ron DeSantis administration branding phrase, he said it “prioritized seniors first” and that the “state has taken tremendous steps to vaccinate nearly 9 million people against COVID-19.”

Florida has “sufficient supply” for whatever demand may manifest, Rivkees added.

The memo was released Thursday afternoon, but blasted on Twitter well after business hours, yet before DeSantis participates in a showcase of “red state” governors on Fox News.

Rivkees made news early in the pandemic for what was seen by many as an inconvenient candor. He was removed from a panel discussion last April after saying it would likely take a year to get back to normal.

He expected a vaccine to take “probably a year if not longer,” a prediction which was unpalatable to the DeSantis administration, which removed Rivkees from most presentations about the virus going forward.