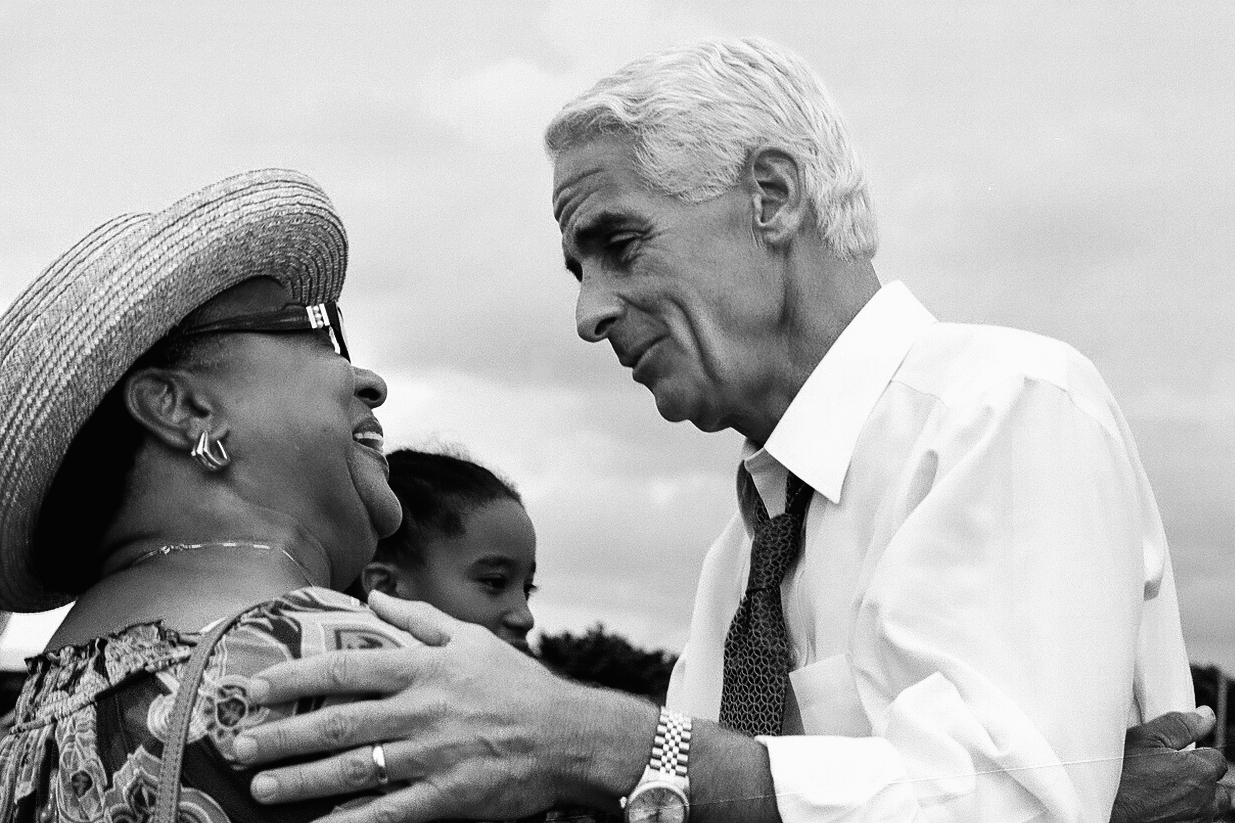 How do you tell a friend that their dream is just that?

I have no delusions about Charlie Crist’s prospects for success in winning back the job from which, just over a decade ago, he walked away.

Before he can go one-on-one with incumbent Gov. Ron DeSantis, who will likely have a nine-figure campaign fund as well as any and all of the resources of the Florida and national GOP, Crist must emerge from a sure-to-be-freewheeling Democratic primary that will likely involve Agriculture Commissioner Nikki Fried and U.S. Rep. Val Demings, plus the spoiler who inevitably joins the race.

I’d peg Crist’s chances of pulling this off at about 5%.

If the politics of the last decade have taught us anything, it’s to not discount the improbable. There’s success in the offing for those who short the unbeatable stocks. Marco Rubio outflanking Crist. Rick Scott‘s three elections. Donald Trump taking Florida from Jeb Bush and Rubio. Andrew Gillum and DeSantis‘ primary wins. DeSantis’ election.

At some point, each of those victories, which seem so inevitable in hindsight, had about a 5% chance of happening.

It’s as if all of Florida politics is powered by the Infinite Improbability Drive from “The Hitchhiker’s Guide to the Galaxy.“

Now, mind you, Crist is not the disruptor that Rubio was in 2010 or Trump was in 2016. Crist doesn’t have a disruptive bone in his body. It seems to be that he’s running as the anti-disruptor.

If at any point during the last year, you’ve stepped out into the pandemic world and not liked how you, your loved ones, or just others around you have been treated by DeSantis’ government, then Crist could be your candidate.

Did you spend countless hours on the phone attempting to claim the meager unemployment benefits offered by the state? Then Crist could be your candidate.

Did you not understand why you and your family were wearing a mask everywhere, everyday while the Governor wasn’t? Then Crist could be your candidate.

Did you recoil in fear when you heard Gov. DeSantis inviting sports teams and tourists to the state while hundreds of Floridians were each week dying from the virus? Then Crist could be your candidate.

Did you turn down the sound on the news when you saw DeSantis beat his chest in premature celebration of defeating a virus that more than 20,000 Floridians contracted JUST LAST WEEK? Then Crist could be your candidate.

Did you wait your place in line for the opportunity to receive a vaccine only to see wealthy donors to DeSantis’ re-election campaign skip the line? Then Crist could be your candidate.

Please don’t get me wrong: As I have written more than 50 times over the last year, DeSantis’ response to the pandemic has been better than most other states’. It’s just not as great as he would like you to believe.

Just yesterday, during an event that was as much about trolling Crist as it was signing legislation, DeSantis again touted how he kept Florida open during the pandemic. He actually did no such thing. What he did do is, by and large, shift (or is it abdicate?) responsibility to the biggest cities and counties and left them to protect the citizenry. And now, rather than support and congratulate the leaders of cities like Miami, Miami Beach, St. Pete, Tampa, and Orlando, DeSantis signs legislation undercutting their ability to protect their residents the next time a crisis develops.

However, I don’t know if prosecuting a case against DeSantis’ response to the pandemic is enough for Crist or Fried or Demings or any Democrat to win. Florida voters seem OK with how DeSantis handled things. And they’ll probably be in a better mood about the direction of the state once the post-pandemic boom is in full effect.

So why is Crist running?

Some speculate that Crist is running for Governor because he’s concerned he will be drawn out of his congressional seat. This is a silly criticism made. If you think Crist has a better shot of dislodging DeSantis in a state that just went +3.5 for Trump than him winning re-election to a congressional seat that cannot, legally, be drawn in such a way that Crist doesn’t have the highest name ID of any candidate who would run, then you simply don’t understand Florida or Tampa Bay politics.

This is what I personally told Crist because, well, I don’t want him to give up a congressional seat for a 5% shot at DeSantis, whom I, early on, predicted would defeat Adam Putnam and whom I’ve given pretty high marks to since winning the Governor’s Mansion.

I told Crist he’s Charlie freaking Crist. And no matter how the Republicans play with their Etch-a-Sketch during redistricting, Crist is still going to be Charlie Crist in Pinellas County. The Republicans, as much as they would like, CANNOT carve out the Black Democrat voters from Crist’s district. They’ve tried before. And they’ll try again, thinking the conservative Florida Supreme Court will see things their way, but I predict Republicans won’t even go down that road. They won’t risk their entire congressional map just to squeeze Crist.

I explained all of this to Charlie as if every other armchair quarterback he talks to hadn’t already. He dismissed my concerns.

Trying to talk Crist out of running for higher office is like trying to convince Tom Cruise he shouldn’t perform his own stunts.

He chats with the old Black woman in the downtown St. Pete Publix and wants to fix her problems. He reads about the latest controversy surrounding DeSantis’ approach and believes there is a nicer, gentler way to do things. He saw how Joe Biden was able to navigate a complicated Democratic presidential primary process before taking down an arrogant, divisive incumbent and sees a path for him to do the same, just on a Florida scale.

Can Crist pull off the improbable? How do you tell a friend that their dream is just that?

It’s not Shakespeare who offers any wisdom here, rather it’s Seamus Heaney, the Irish poet President Biden enjoys quoting, who may, at least for Crist’s sake:

Don’t hope on this side of the grave /

But then, once in a lifetime /

Of justice can rise up /

And hope and history rhyme.”