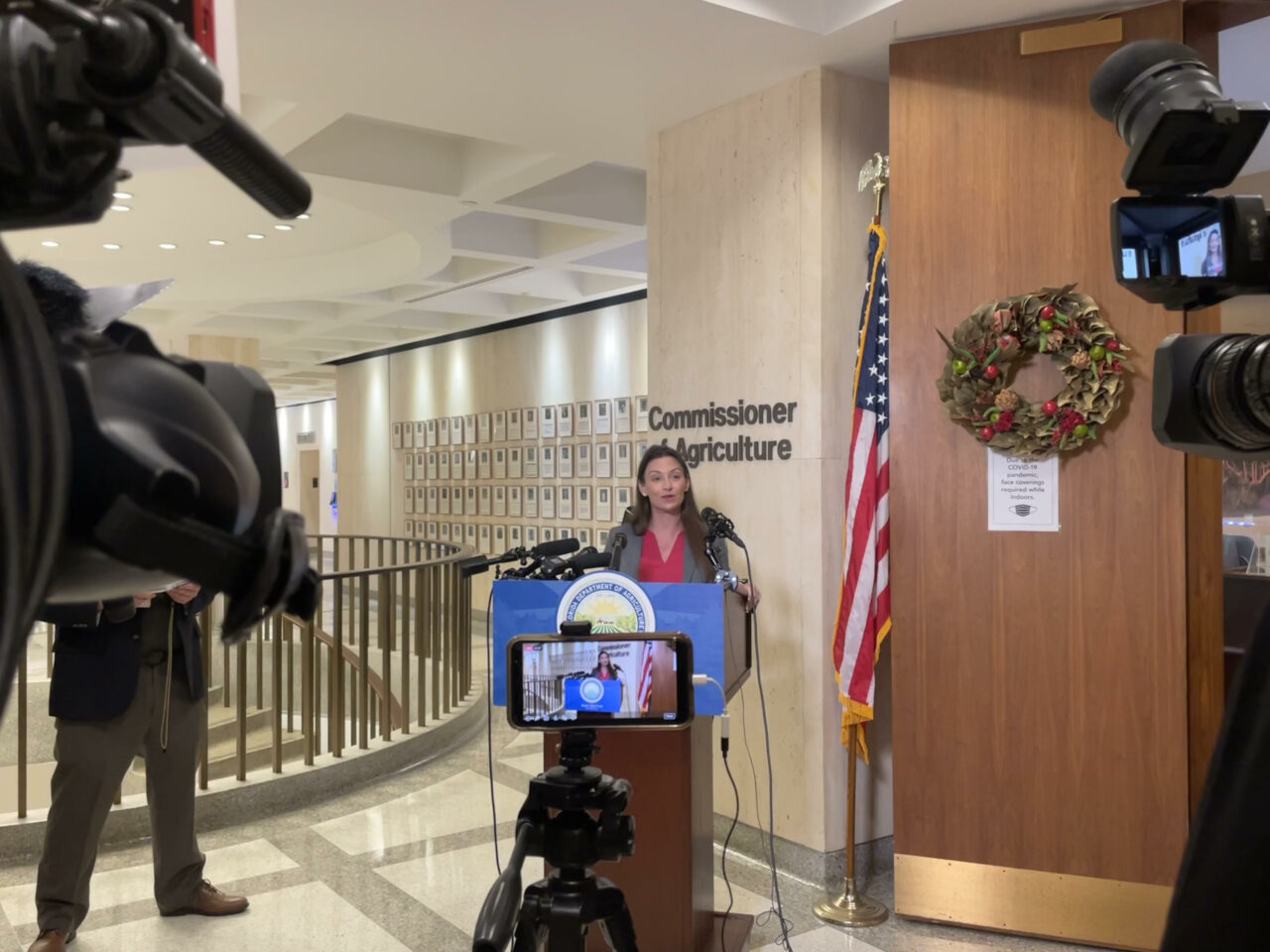 Fried said, regardless of which Democrat runs against Gov. DeSantis in 2022, the race calls for outside resources.

Agricultural Commissioner Nikki Fried dodged reporters’ questions about a gubernatorial run even as the field for the Democratic Primary now has an official candidate.

Speaking to reporters after a cabinet meeting Tuesday, the Commissioner, after deriding Gov. Ron DeSantis for his legislative priorities this past Session, said she still hasn’t made up her mind about running for Governor in 2022.

“It is becoming clearer and clearer from my comments today, from what we’ve seen from this Governor in the last two and a half years, that he must be a one-term Governor. As the only statewide-elected Democrat, it makes absolute sense for me to be running for Governor,” Fried said. “But today is not the day for me to make that announcement.”

Fried said, though she gets asked about running for Governor “on an hourly basis,” she is still talking to family members and Floridians to make her decision. But she did indicate she is having “final conversations.”

“This is something that is not just one person who runs for office, it is literally the community and the people that they surround themselves with,” Fried explained.

Fried’s comments came on the heels of an announcement from current U.S. Rep. and former Gov. Charlie Crist that he will be seeking the Governor’s office again in 2022. Crist announced his latest gubernatorial campaign in St. Pete Tuesday.

Fried said she thinks the St. Pete Congressman should stay in Congress.

“I’ve had communications with Congressman Crist, and it’s a time when we need his voice and his vote up in Washington, D.C. His seat is one that probably only Charlie Crist can hold on to. So, really would like to have encouraged him to stay in Congress, but certainly today is Charlie’s day and wish him the best,” Fried said.

U.S. Rep. Val Demings took a more tepid step into the possible pool of Democratic candidates for Governor. Demings did not announce her candidacy like Crist did, but she did confirm, through her spokesperson, she is “strongly considering” her options to run in statewide races, including for Governor or U.S. Senate.

Fried was asked if she would decide not to run for Governor if Demings formally announced her candidacy.

“My decision to get into races is solely dependent on the people in the state of Florida. I wish everybody good luck, and they have no impact on my decision,” Fried said.

But with the ever-widening group of Democrats who might run in a state with notoriously expensive media markets and an electorate that has voted red in most statewide elections — besides Fried — since 2012, Fried said, regardless of the candidate, the race calls for out-of-state backup.

“There are a lot of people across the country that want to stop the Governor in his tracks in 2022,” Fried said.

Fried suggested the type of national focus seen in recent U.S. Senate races in Georgia, races that resulted in flipping two seats from red to blue, will happen in Florida.

“You will have people from all across the country, just like they did in the Georgia runoff, coming here and ascending onto Florida. Because when you continue to produce the type of statewide Republicans that we have done in the last 20 years, D.C. and the rest of our country are recognizing that we need additional support, additional backup,” Fried said.