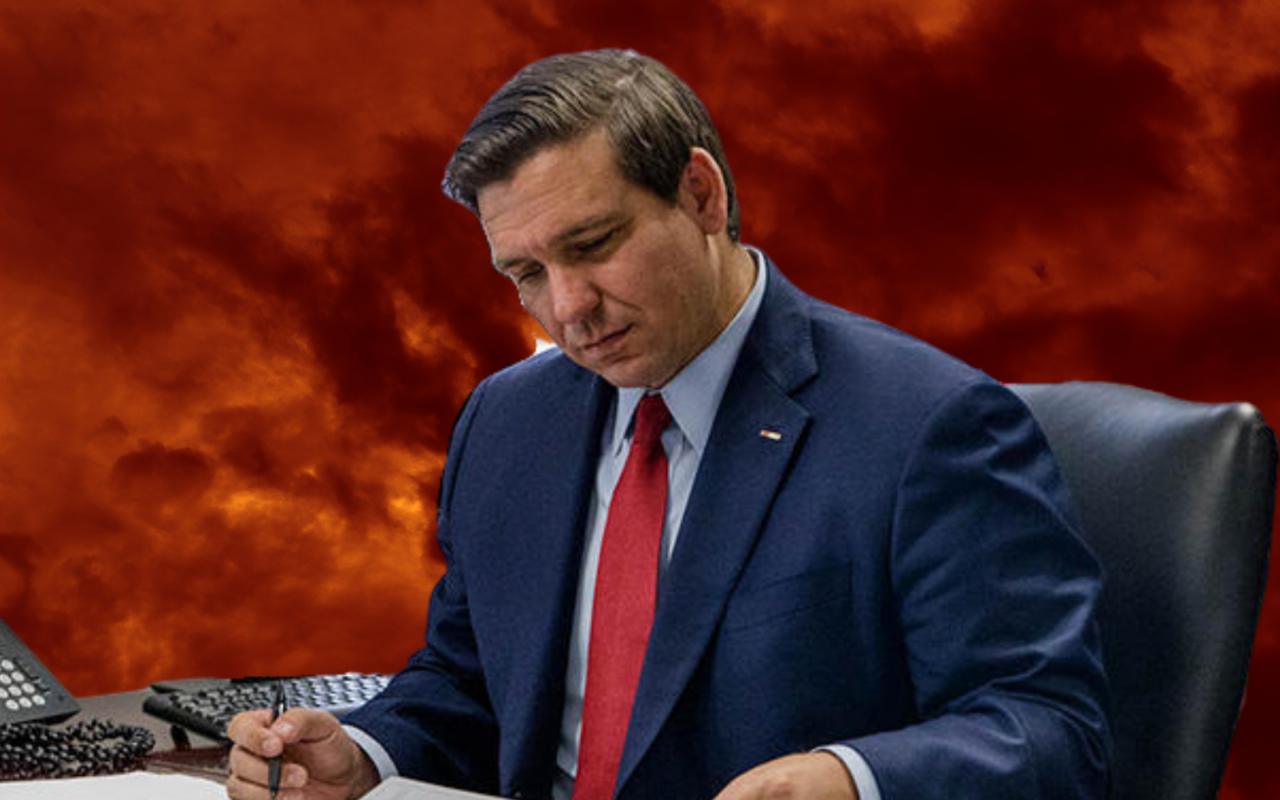 Groups and individuals are sending emails to the Governor’s office urging DeSantis to veto or sign bills.

Veto season, or at least the annual rite of asking Gov. Ron DeSantis to reject bills, has arrived after the 2021 Legislative Session.

Groups and individuals are sending emails to the Governor’s office urging DeSantis to veto or sign bills, regardless of whether the measures were overwhelmingly backed by the Legislature or eked through.

Some of the loudest calls have come against measures that would impose new election rules (SB 90); impose a ban on transgender females playing on girls’ and women’s sports teams (SB 1028); overturn a referendum in Key West that restricted cruise ships (SB 1194); limit impact fees that developers pay to local governments (HB 337); and block local governments from banning gas stations or mandating that the retailers offer such things as electric-vehicle charging stations (HB 839).

Bills limiting the authority of local governments — known as “preemption” bills — on energy-related issues and other topics have drawn numerous calls for vetoes.

“We are advocating for well-sited industrial power plants and home rule — we want a transition to renewables,” Michelle Rutledge from the Saint Peter/Saint Paul Community Council in Archer, wrote regarding energy preemption bills. “We have to do it, however, with the community at the forefront of these decisions.”

Last year, DeSantis vetoed five bills and slashed $1 billion from the budget as he braced against economic fallout from the coronavirus pandemic.

DeSantis has already said he will sign the highly contentious elections bill, which includes placing restrictions on voting by mail. While he hasn’t given hints about budget vetoes, he gleefully described the state’s economic rebound Tuesday.

“I think that after we go through the process, after we do whatever vetoes we do, I think we could potentially hit $10 billion in reserves,” DeSantis said after a state Cabinet meeting.

“I think the Governor this year will look at this budget and say this is a recovery budget for the state of Florida,” he said. “And when you look at the way the House and the Senate worked together to spend these dollars, there are a lot of one-time dynamic projects here. Count them up, wildlife corridors, the environment, the sea level rise, all of the things that are in this budget, I believe the governor will be fair in his application of the veto.”

Meanwhile, Agriculture Commissioner Nikki Fried, called for the governor to nix a list of bills, including energy-related measures. But she seemed to acknowledge Tuesday that her requests won’t get far, pointing to issues such as DeSantis already signing a law-and-order bill (HB 1) about cracking down on violent protests.

A group of nearly 50 local elected officials — hailing from areas stretching from Miami Shores to Dunedin to Pensacola — on Tuesday sent DeSantis a request to veto a trio of energy preemption bills (HB 919, SB 896 and HB 839).

“In the past, you have wielded your veto power to protect home rule and we ask you to again embrace that spirit and authority to stop legislation that negatively impacts Floridians where they live,” the local officials jointly said. “You have a unique opportunity to support consumer choice and energy independence at the local level, while mitigating rising utility costs.”

Meanwhile, insurance and business groups want DeSantis to veto a bill (SB 54) that would end Florida’s no-fault auto insurance system. Those groups include the Personal Insurance Federation of Florida, an insurance-industry group; the American Property Casualty Insurance Association; and the Consumer Protection Coalition, which is linked to the Florida Chamber of Commerce.

“Legislators passed this sweeping overhaul of Florida’s auto insurance system without any detailed analysis of the impacts on Floridians and despite one study’s findings that nearly 40% of motorists will see their annual premiums increase anywhere from $165 to $876 annually under the bill,” the Consumer Protection Coalition said in a news release.

The Florida Housing Justice Alliance, a coalition of renters, mobile homeowners and advocates for homeless people, is against a measure (SB 2512) that would divvy up more than $400 million in documentary-stamp tax dollars that in the past have been targeted toward what is known as the Sadowski Trust Fund for affordable housing.

“This legislation is a permanent 50 (percent plus) cut to the Sadowski Affordable Housing Trust Fund, a critical trust fund for the hardworking people of your state,” the alliance wrote. “Floridians have had a housing crisis only exacerbated by this pandemic. This proposal is indefensible and must be swiftly vetoed.”

As of Tuesday evening, 11 had reached DeSantis’ desk. He had signed 10, including five that had drawn calls for vetoes: the protest bill; a bill that will require out-of-state online retailers to collect sales taxes (SB 50); a bill that provides COVID-19 liability protections for businesses (SB 72);  a bill that helps shield farmers from lawsuits (SB 88); and a ban on COVID-19 vaccine “passports” (SB 2006).