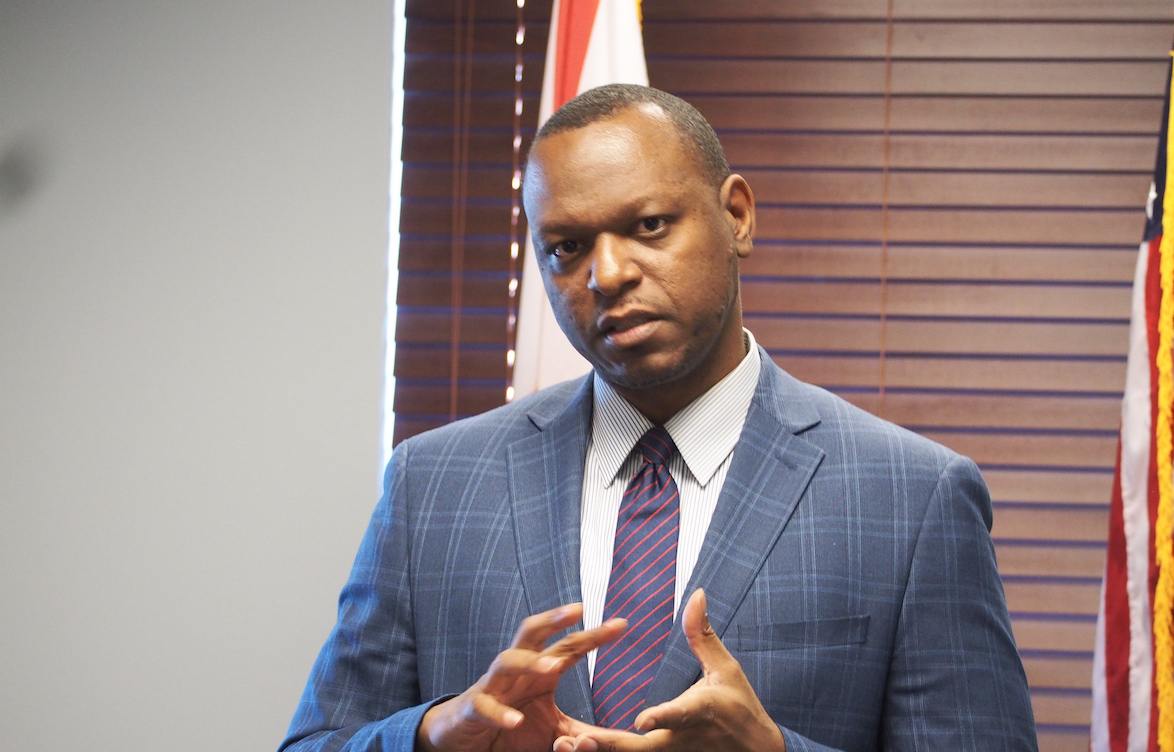 Bracy says scholarships are the state's way to acknowledge, compensate for injustice.

Call it reparations, compensation, amends, or recognition and redress; with the 2021 budget the state of Florida is officially acknowledging and making amends for the 1920 racist massacre and rout of Blacks in Ocoee, Sen. Randolph Bracy declared Tuesday.

Bracy, whose Orange County district includes Ocoee, hailed as historic and profound the inclusion in the budget of $305,000 annually to provide for college or trade school scholarships for descendants of the Ocoee massacre victims and survivors, or for current African American students in Ocoee.

“This is the second time in the history of this country that compensation has been paid to descendants,” Bracy said. “The first time was Rosewood in the ’90s.”

The Ocoee compensation comes in the form of up to 50 annual scholarships of up to $6,100 a year, which could start going out to eligible students after the budget year begins on July 1. The first recipients could be from this spring’s high school graduating classes. Applicants will be ranked based on need if more than 50 students apply.

The compensation comes as a form of recognition and amends for the Election Day Ocoee Massacre, In response to Black residents of Ocoee registering to vote, angry White mobs stormed the city’s Black community, burned down much of it, and attacked and drove Black residents from town. History has done little to document the toll, but estimates suggest as many as 60 Ocoee residents were killed and hundreds driven away. The city became all-White for generations.

Bracy said he, Senate President Wilton Simpson and House Speaker Chris Sprowls had worked on securing the money and budget language to address Ocoee since well before the 2021 Legislative Session.

“I know this may not be enough, but this is the state’s acknowledgment on their role of the Ocoee massacre of 1920,” Bracy said.

“I think the state is trying to address the racial violence of the past and the detriment that it did to those people. And so this is a small step forward in addressing what happened. The state played a role. They deputized the mob. And they did not conduct a proper investigation. So they were complicit in the massacre. So I think it is appropriate the state play a role in the redress,” he added.

Bracy’s Rosewood reference was to a similar racist massacre that occurred in 1923 in Levy County. In 1994 the Legislature approved the Rosewood Compensation Bill, a $2.1 million package to compensate survivors and their descendants.

This Legislative Session was the second in a row in which Bracy pushed through legislation to address the Ocoee Massacre. Last year he got approval for a bill requiring that the Ocoee Massacre be taught in Florida schools.

He also got $600,000 included in the 2021 budget for a documentary called “July in November,” memorializing the Julius “July” Perry story. Perry, a Black Ocoee businessman who encouraged other Blacks to register to vote, was the initial target of the Election Day mobs, and was lynched.

Bracy said the scholarships are an appropriate way to address the injustice of more than a century ago.

“Education is a way up, and a way to build a new life for yourself. We thought that would be an appropriate way redress would happen,” he said.

Though Bracy has discussed the money as reparations, on Tuesday he conceded that term can be controversial for many.

But he also said he thinks “it also provides a little bit of feeling for what has happened in this community and we can honestly talk about real racial reconciliation and what has happened in our past in a constructive way. It may be controversial, but I think it is approbate to look at the state’s role in this massacre.”

nextTreasury warns of need to deal with national debt limit