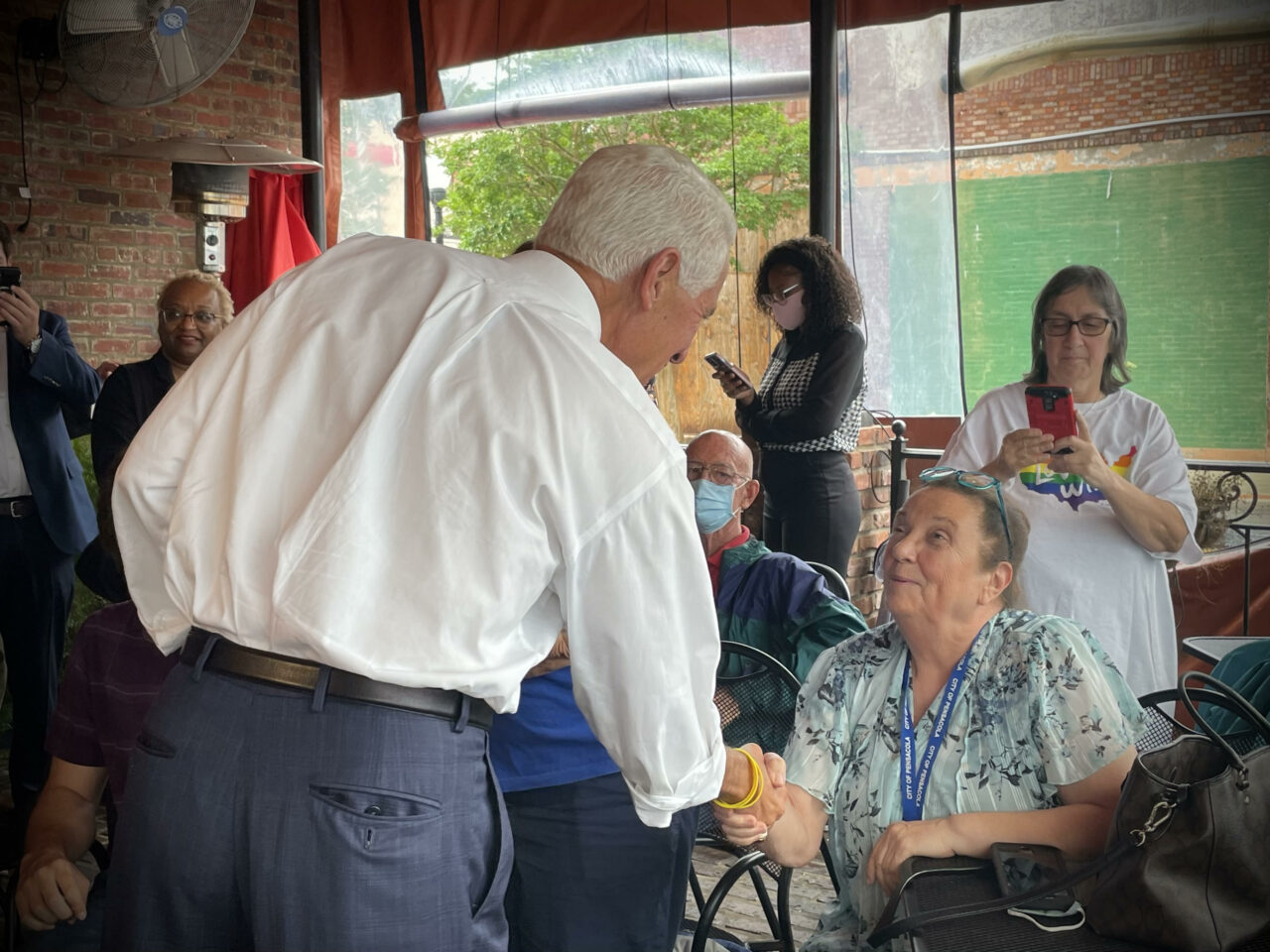 Crist’s campaign schedule offers a tacit acknowledgment of past mistakes.

U.S. Rep. Charlie Crist’s first campaign stop during his third bid for Governor seemed like any other. He met teachers, union members and local Democratic party leaders in a local Pensacola restaurant.

But the location – North Florida – appeared to be an acknowledgement of mistakes made in 2014, the last time the former-Governor ran for – and lost – the office.

Crist is such a fixture in Florida politics, a star-stuck woman who was at the Five Sisters Blues Café Wednesday called him a “celebrity” when she shook his hand and asked for a photo.

He served as Florida’s Governor from 2007 to 2011 as a Republican. Then Crist left the office to run for U.S. Senate, a race he lost to Sen. Marco Rubio, as an independent. Crist then tried to get the governorship back in 2014 but lost, as a Democrat, to now-Sen. Rick Scott.

And lessons from that loss seem to be guiding this latest 2022 bid to be Florida’s Governor. Crist has acknowledged he did not spend enough time in North Florida during that campaign.

Speaking Wednesday to the small group gathered despite the steady rain, Crist made a point to say the area is important.

“If you’re trying to be the Governor of Florida, you can’t forget about Pensacola, Escambia and all of Northwest Florida,” Crist said.

But during the Democratic primary you almost can. Large concentrations of Democrats in Broward and Miami-Dade counties can sway a Democratic primary in Florida, meaning Democratic candidates usually spend a lot of time in South Florida as opposed to North Florida, which has historically been a Republican stronghold.

But there isn’t technically a field of Democratic contenders yet — something Crist was quick to point out when he told reporters he considers Gov. Ron DeSantis is his biggest opponent right now.

“Well certainly he’s the biggest — he’s my only opponent right now. Nobody else has declared. I don’t even think he has,” Crist said.

Local democratic operatives in Escambia County maintain their area is an important stop for Democrats. Alma Woods is a retired educator and secretary of Democrats of Escambia.

But Crist’s campaign strategy of booking an early stop in North Florida may be less about the numbers and more about showing he’s committed to making sure 2014 doesn’t happen again.

“Honestly, I just think when you go through life, one of the things I think our candidacy offers is experience and wisdom,” Crist said. “Not having spent enough time in North Florida in 2014 was on me, and that’s why I’m here on the second day of this campaign.”

nextUniversities to return to 'pre-COVID operations'