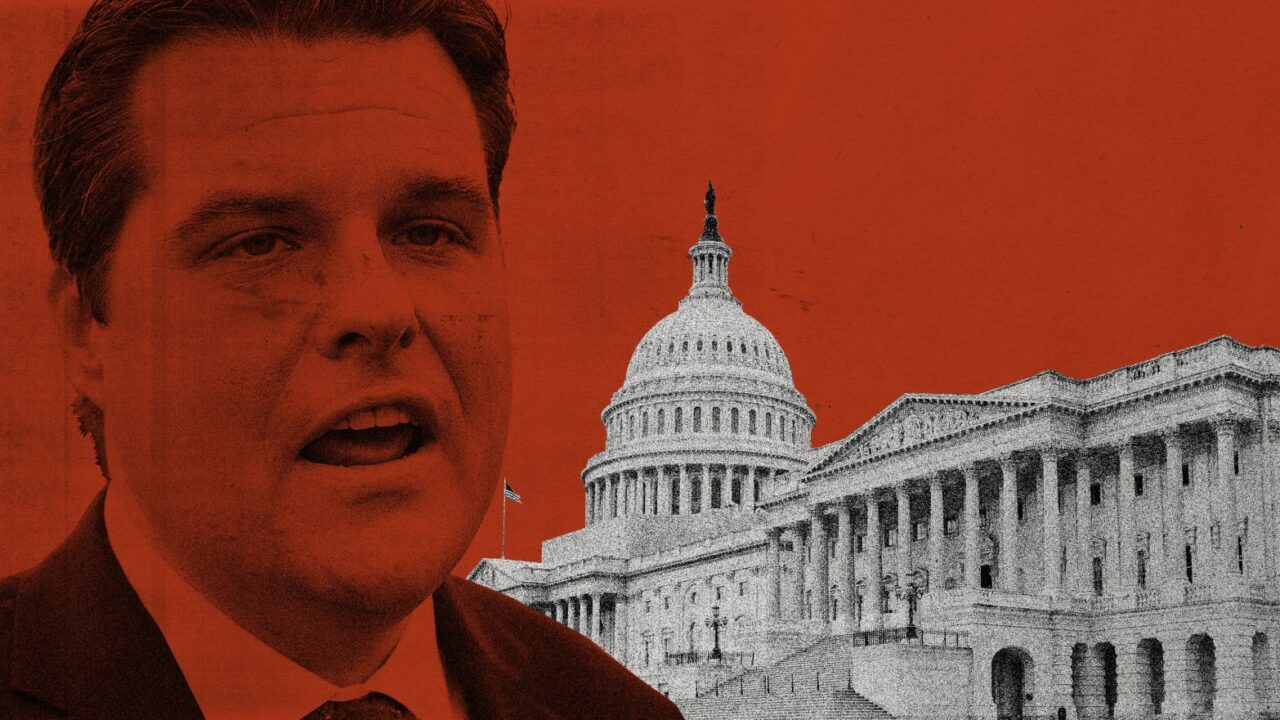 Is Fox News next?

U.S. Rep. Matt Gaetz continued to find his way back to media prominence, with a lead segment on a Newsmax prime-time show giving him a forum as reports of a wide-ranging federal investigation into the Congressman continue to percolate, albeit without formal charges.

This appearance was his most high-profile booking since his scandal broke.

Host Grant Stinchfield teed up Gaetz, urging “due process” for the embattled Congressman, and saying that “not one woman has surfaced” to substantiate the allegations.

For his part, Gaetz maintained his absolute denial of any criminal wrongdoing or activity matching the sordid reports.

“I have not sex-trafficked anyone. A 17-year-old, a person of legal age,” Gaetz said. “These allegations are false. And as I’ve stated before, the anonymous allegations against me range from total distortions of my life to these crazy wild conspiracy theories that will never be proven.”

The Congressman added that “they always come for the fighters,” such as Donald Trump Sr. and Jr., Rudy Giuliani, Steve Bannon, and himself.

“It’s never the meek they come for. It’s always those fighting for the America First agenda. I’ve got a lot of fight left in me,” Gaetz said.

The Congressman, when pressed, conceded that “of course there are a ton of things in my life that I wish I’d done differently, but none of them are criminal.”

“There is no 17-year-old that I had any sexual contact with as an adult man,” Gaetz affirmed. “Absolutely not, doesn’t exist, didn’t happen.”

He added that after over a month of “anonymous allegations,” he is “not aware of a single person that has accused me of any misconduct.

Gaetz, who offered a similar narrative during a radio hit Monday, will road test his message Friday. He will co-headline a rally in the Villages with Georgia U.S. Rep. Marjorie Taylor Greene.

nextGov. DeSantis to unemployed Floridians: Start looking for a job